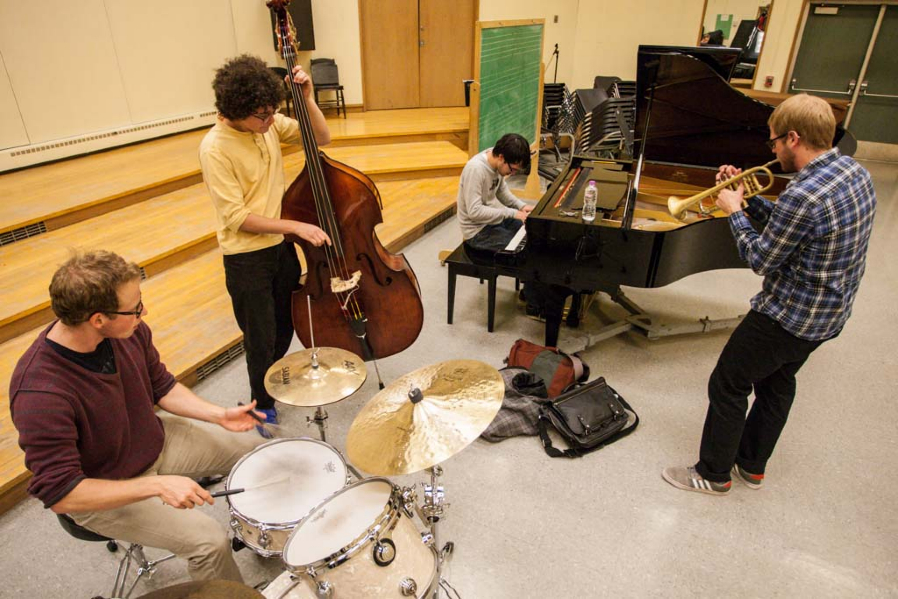 Combine four skilled student musicians -- who are also composers and award-winning performers -- with a director and legendary arranger whose credits include working with Ray Charles, and you've got "A Dedication," the new CD from Knox College's Cherry Street Combo.

"When I heard the combo was writing, I said it would be good to get it recorded," said Hoffman, adjunct music faculty at Knox who worked for more than a decade as the trumpet/flugelhorn soloist and composer/arranger with the Ray Charles Orchestra. "We brought in some remote equipment and recorded right on campus."

"With everybody in the combo writing, and our excitement about everybody's writing, it wasn't hard to find material -- a few tunes from each one of us," said Kunkler.

Combo members worked together for several years while at Knox. "Our repertoire has grown and expanded," Calef said. "A lot happened organically. As more originals were being written, we also started doing pop and rock covers. I've targeted that as one of the areas where I want to grow."