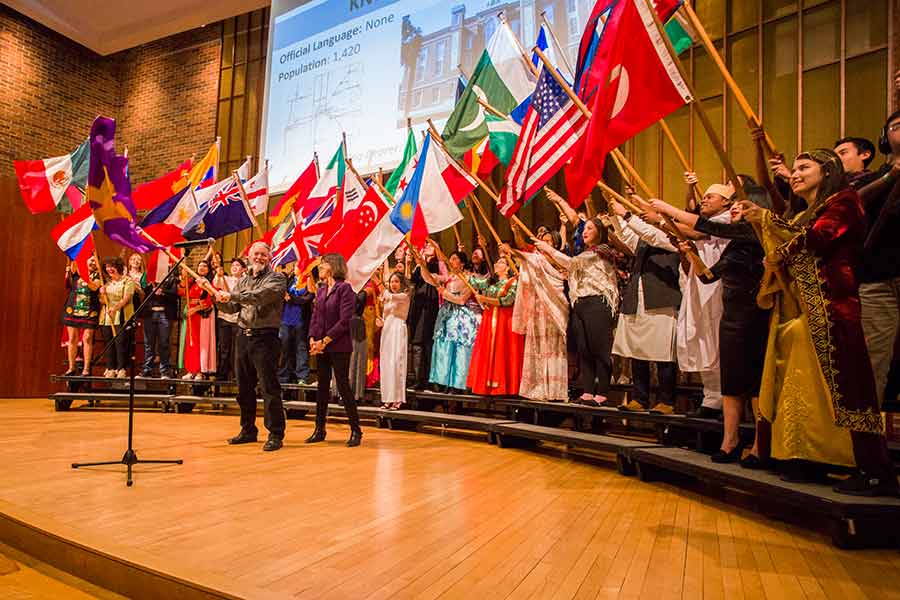 Knox president Teresa Amott set the tone of the 37th annual fair in her welcome speech during the cultural showcase. "Knox College," she announced to the Knox and Galesburg communities. "Where all nationalities are welcome."

I-Fair's culture showcase included dances and music performed by individual students and groups, such as a traditional Chinese song about folklore, a Korean "K-Pop" medley dance by Korean Club, and a poem about nationalism in Albania.

"I think a really important part of understanding different cultures is being introduced to them," said Mia Prekop '21, who participated in a dance with Japanese Club. "It might inspire people to look into different cultures and a wide variety of things that are out there that we might not know about."

Anne Giffey and Rob Budach are two Galesburg residents who have been coming to I-Fair for two decades and often "adopt" international students who come to Knox through the College's International Friendship Program. "The food's our favorite part," said Budach, who enjoys the Indian and Korean food. "This is the best food day in Galesburg. We always try to be first in line."

"We love it," commented Giffey. "I appreciate all the energy the students bring, no matter what it is they're doing or creating. it's such a part of the culture at Knox."

"I'm glad Knox allows the community to come and participate," she added. "It's really important to see beyond Galesburg, and this is a great opportunity right here on campus." 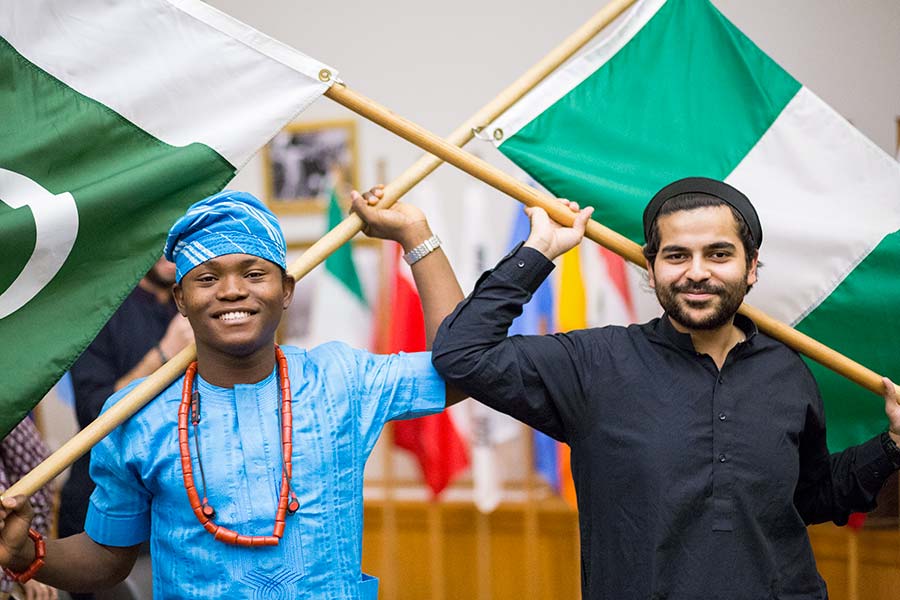 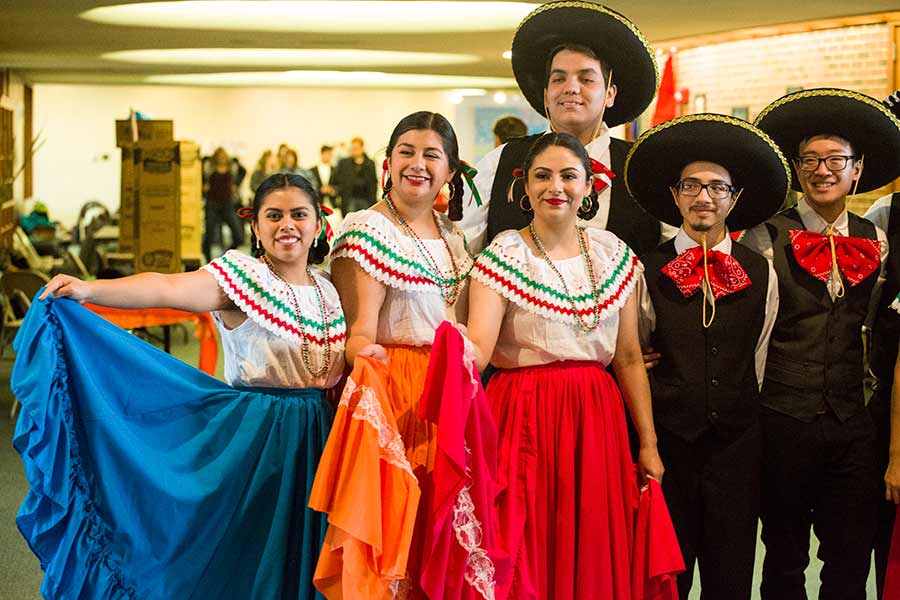 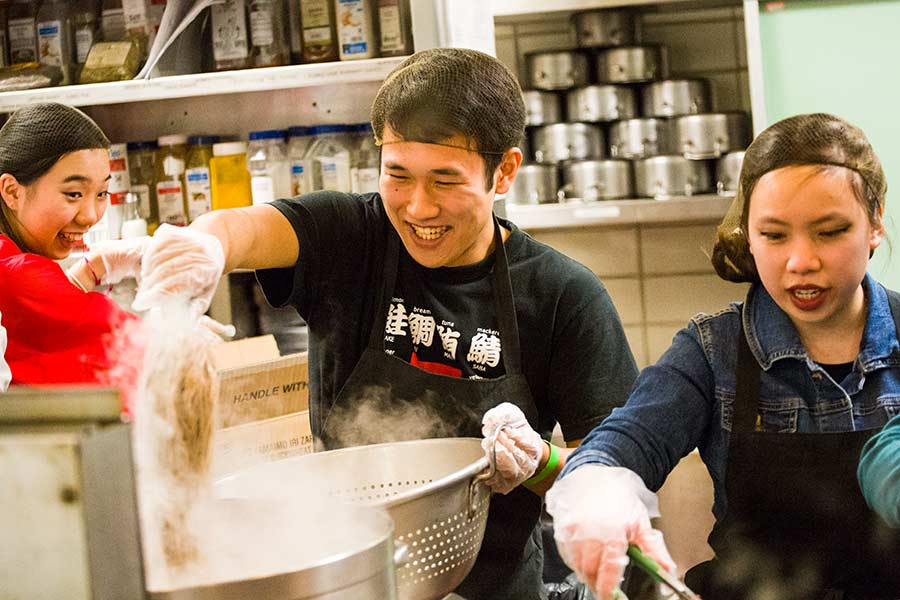 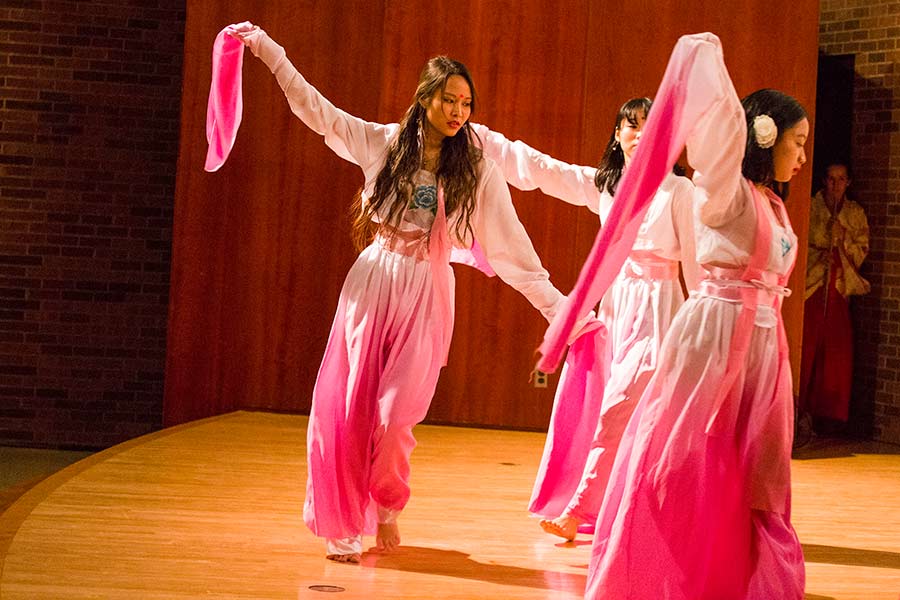 Misha Gondal '20 was an emcee during the showcase, and later served vermicelli burfi, a Bangladesh desert, at the food fair.

"Food is an integral part of our South Asian culture," said Gondal. "When I was growing up, food was the first social aspect we were introduced to. It was a way to get to know people. I-Fair is interacting and sharing your culture with others, and what better way to be hospitable than to serve food to a couple hundred people?"

Dan Perez '18 commented that his parents raised him with traditional Chicano experiences, such as dancing, and it was nice to see his family's culture being showcased by the student organizations Lo Nuestro and M.E.Ch.A.

"I'm not always surrounded by Latino individuals at Knox, so it's cool to see my culture still here and celebrated," he said. "The more you know about other people and where they come from, the more love you can give."

"Even though we come from different places, we all experience things that we can come together and enjoy," he added. "That is Knox. People with different backgrounds share their own cultures and incorporate that into the Knox culture. In that way, our Knox culture is diversity."

“Even though we come from different places, we all experience things that we can come together and enjoy.”—Dan Perez '18.