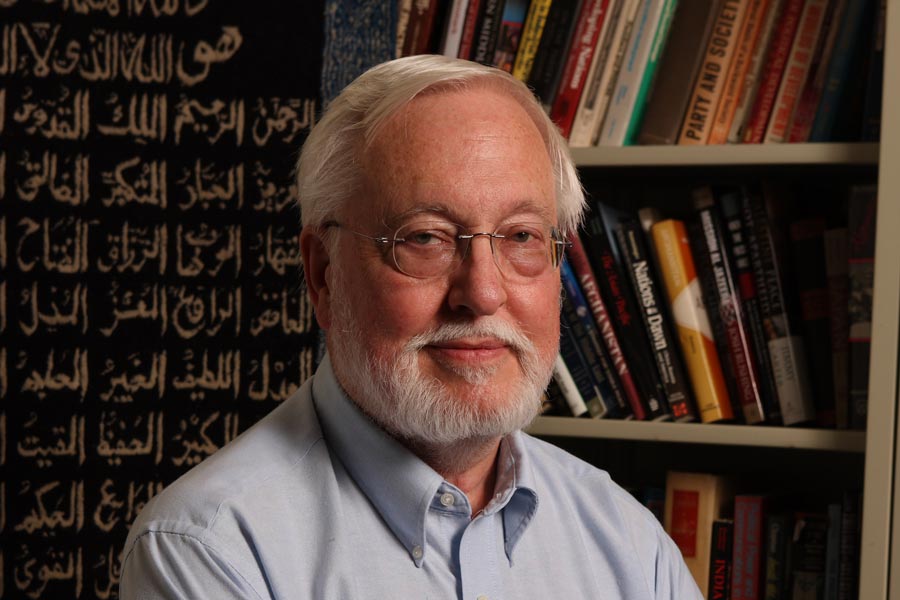 Longtime Knox College professor Robert F. Seibert '63, who first arrived on campus to study political science and later returned to teach the subject to generations of students, died on April 16, 2021, in Chicago, Illinois. He was 79.

Seibert taught at Knox for 46 years, from 1967 until he retired in 2013, and held the Robert W. Murphy Chair in Political Science.

His teaching interests included comparative politics, politics of the Middle East, and political communication. At Knox, he was responsible for a wide spectrum of courses, such as Survey of Comparative Politics, The Presidency, and Politics of Education. He especially enjoyed teaching courses that were interdisciplinary and international in their scope and focus.

He co-authored the widely used political science textbook Politics and Change in the Middle East with two other Knox professors, Roy Andersen and Jon Wagner. In 1994, he received the Knox Alumni Achievement Award.

Seibert was well known for the relationships he built and maintained with students, alumni, and colleagues.

“Without Bob, I would not have majored in political science. In fact, I declared my major after taking only one course in the department: Bob's Survey of Comparative Politics,” said one of his former students, Karen Kampwirth '86, a Knox faculty member who succeeded Seibert as Robert W. Murphy Chair in Political Science.

“I loved his courses and took all my electives in political science with Bob,” she added. “Without Bob, I would not have gone to get a Ph.D. I will always remember the feeling of excitement, a eureka sort of moment, leaving his office after he told me that I should get a Ph.D. At that point, I was law school-bound, but he saw the college professor in me that I did not know was there. And the best luck of all was getting hired to teach at Knox, and getting to have Professor Seibert become my colleague and friend.”

He studied and traveled all over the world: in the Philippines as a Rotary International Fellow; in Saudi Arabia, Bahrain, Israel, and Syria as a Malone Fellow; and in Malaysia, Indonesia, Egypt, Jordan, United Arab Emirates, Oman, Denmark, Czech Republic, Belgium, Germany, Austria, and Spain. In 1993, he co-led a delegation of college teachers to Oman and United Arab Emirates.

Seibert studied elections, public policy, international affairs, and political communication for decades, and he often was interviewed for articles that appeared in local, national, and international news media. For several years, he served as resident political analyst for KWQC-TV in the Quad Cities. He provided expert analysis for a variety of other broadcast outlets, including National Public Radio, Wisconsin Public Radio, British Broadcasting Corporation, Canadian Broadcasting Corporation, and Voice of America. He also researched and wrote articles for professional journals and other publications.

He was deeply committed to professional and community service, participating in numerous organizations. Among them: He served as executive director and board member of the Illinois Committee on U.S.-Arab Relations; associate member of the Center for Middle Eastern Studies at the University of Chicago; consultant to the General Government Committee at the Illinois State Constitutional Convention of 1969-70; and member of the Sunrise Rotary Club, Galesburg Exchange Club, and Knox County Tourism Council.

When members of the Knox community gathered at his retirement reception in 2013, Seibert pointed out that he had grown up in a small Illinois town, and "Knox College provided this wonderful platform for a global engagement."

"This is an unusual and particular institution for just that kind of thing," Seibert said at the time. "Knox reaches out to the globe."

Seibert is survived by wife Marna Eik Seibert and daughter Brynn Seibert ’01. Funeral arrangements have not yet been announced, but memorial gifts can be made to Robert F. Seibert Endowed Faculty Fund for International Travel at Knox. 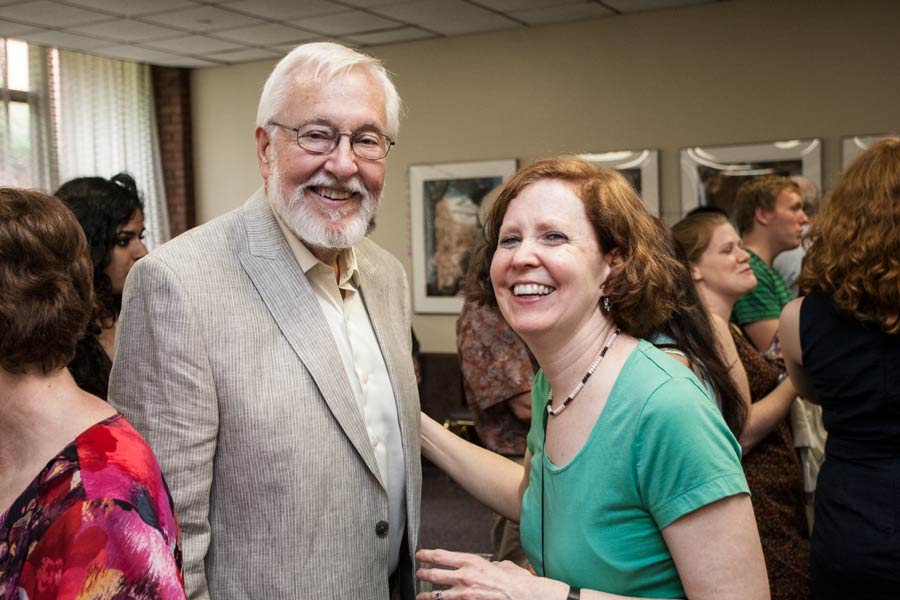 "I loved his courses and took all my electives in political science with Bob." —Professor Karen Kampwirth '86