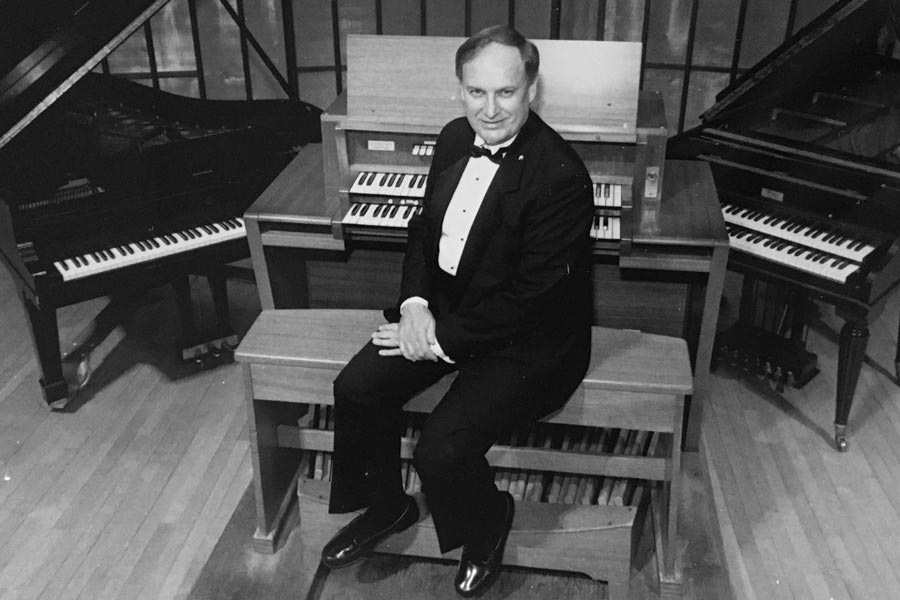 He was a member of the Knox College faculty for 38 years, from 1959 to 1997, and taught a variety of music courses, including The Musical Experience in the Western Tradition, History of Sacred Music, and Keyboard Music. He also directed the program now known as First Year Preceptorial (FP) for nine years.

At the time of his retirement, Farley held the positions of Robert W. Murphy Professor of Music and chair of the Music Department.

A May 1997 article in The Knox Student called him “a legend as both a musician and a member of the Knox community.” The article also described his custom of giving a weekly “listening quiz” to all of his students so they could “demonstrate their familiarity with various music examples.”

Farley was a gifted organist who performed recitals and concerts throughout the United States and Europe. While living in Galesburg, he served as organist at First United Presbyterian Church and Immaculate Heart of Mary Catholic Church and as a member of the Knox-Galesburg Symphony Board of Directors.

After retiring from Knox, Farley and his wife, Beverly Poplett Farley '66, moved to Hilton Head Island, South Carolina. He served as organist at First Presbyterian Church there from 1997 to 2011 and as accompanist/assistant director of the Hilton Head Choral Society from 1997 to 2010.

Farley was born in Township County, Michigan, and earned his bachelor’s degree from Western Michigan University, where he also received a master’s degree in music education. He received a doctorate in music theory from Florida State University.

Island Funeral Home & Crematory in Hilton Head Island is in charge of arrangements. No service is planned at this time due to COVID-19 restrictions. Friends may make memorial contributions to the Hilton Head Choral Society, P.O. Box 22235, Hilton Head Island, South Carolina, 29925.