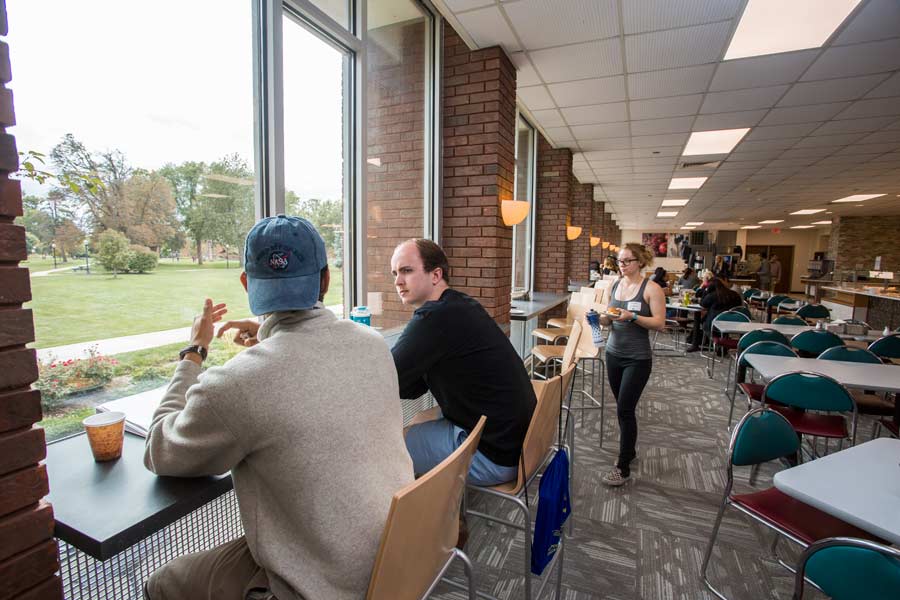 For Knox College students, the first day of classes marked another beginning, too: the debut of the renovated Hard Knox Cafe.

The renovation has created more open areas in the cafeteria, making it easier for students to move quickly from one food station to another, Welker said. The improvement project also greatly simplified what had been a convoluted path for diners who walked between the Hard Knox Cafe and the adjacent Oak Room. In addition, the beverage station has been moved from the service area to a different part of the cafeteria.

"The layout was designed to create better convenience for the students," Welker said. "It definitely has created an overall better dining experience."

Highlights of the remodeled Hard Knox Cafe include a brick oven for preparing pizza, a new soup/salad/deli bar, and a restaurant-style arrangement for tables and chairs.

Another new feature is the addition of counter space and stools along the cafeteria's outside-facing windows, offering diners a spot where they can enjoy a scenic view of campus, along with their meals.

"I think that the changes are beneficial overall," said Tevin Liao, a 2017 Knox College graduate who served as Student Senate President during the 2016-17 academic year. "I was impressed by all of the changes that addressed past foot traffic concerns."

Liao said he especially likes the new seating arrangements in the cafeteria and the addition of bar-style seating along the windows—an idea that came from Knox students.

The renovation also has led to conveniences and a safer work space for Dining Services staff, Welker said.

For example, the revised layout of the cafeteria means that staff members no longer are walking near students while transporting hot food from the kitchen to the dining area. With the addition of new pass-through hot boxes, which have doors on opposite sides, cooks in the kitchen can insert hot food, and staff in the serving area can remove it safely and efficiently.

Members of the Knox College community got a sneak peek at the renovated Hard Knox Cafe during an open house on September 6. The College's student body began daily use of the cafeteria on September 11, the first day of the fall academic term. 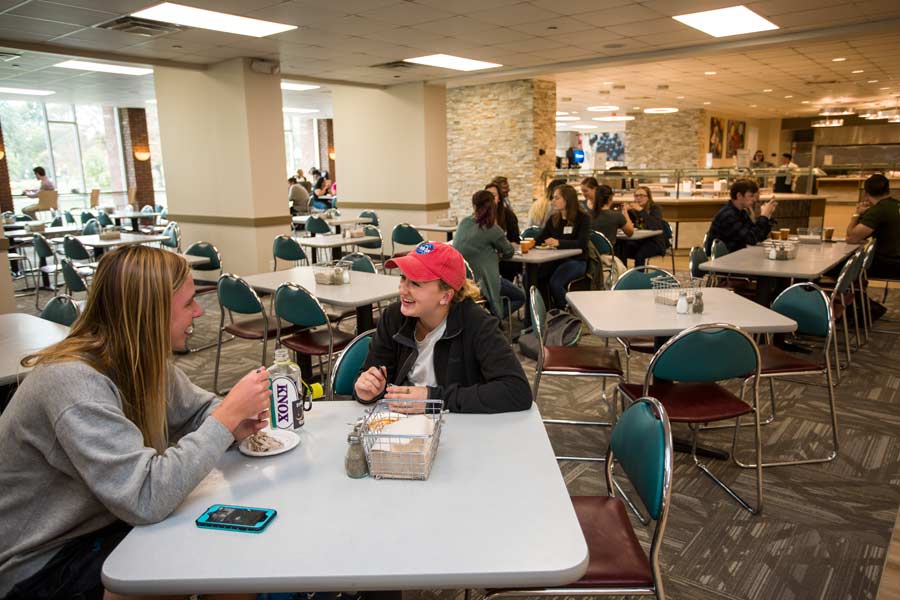 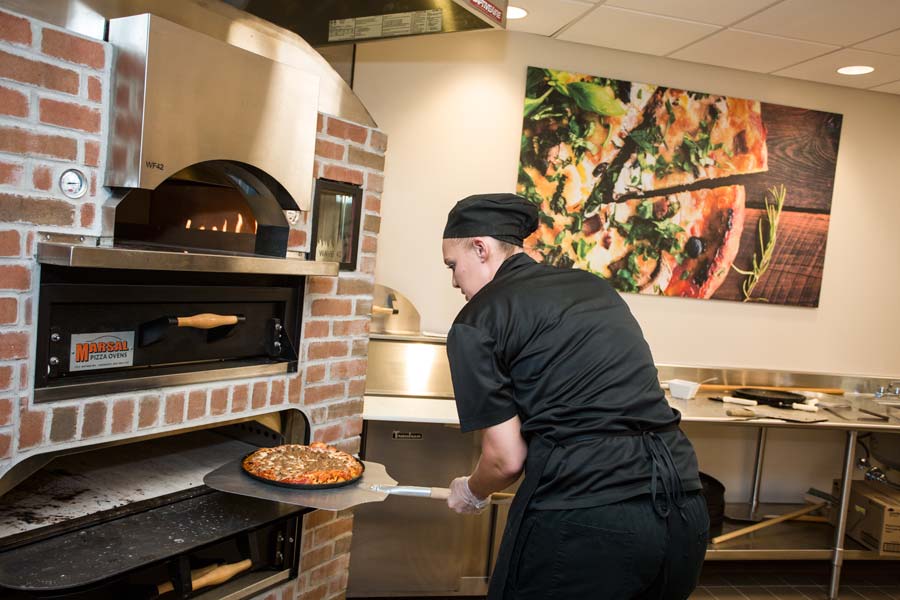 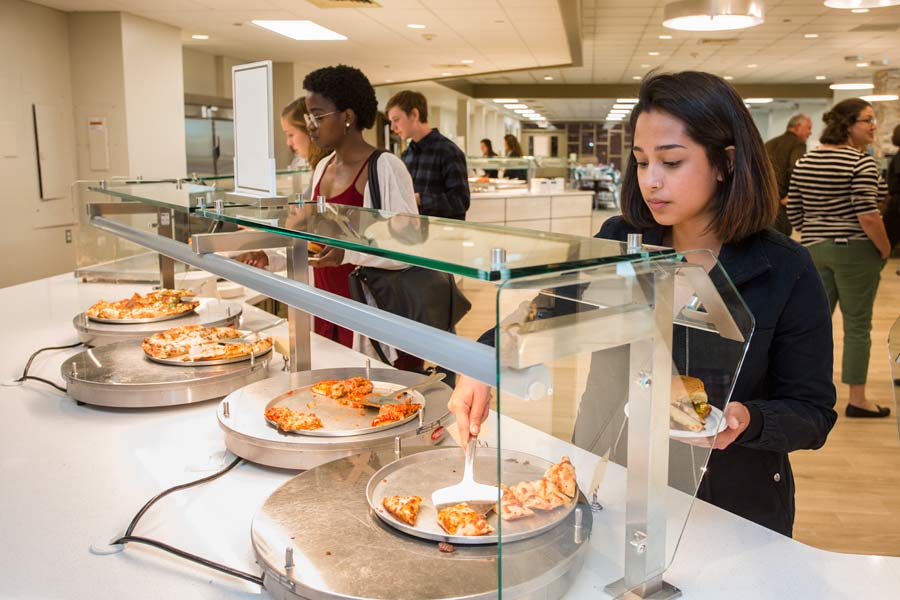