They are the 28th, 29th and 30th Knox College students to receive a Fulbright Fellowship. Since 1999, 18 Knox students have been selected for the honor.

"These are very competitive awards," said Lawrence Breitborde, dean of the college and vice president for academic affairs. "It's great that our students have developed this record of achievement. It says something about the quality of their work."

"We have a commitment to internationalism at Knox," he added. "Many of our faculty members promote international education, and our students are interested in it." 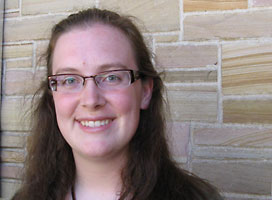 Dahl has been engaged in a yearlong College Honors research project that examines the Bakumatsu Period, from 1853 to 1868, when Japan began forming outside relationships with other parts of the world.

"A lot of the skills that I'm going to need for this Fulbright, I had been introduced to in Knox classes," said Dahl, who also works as a research assistant at the Lincoln Studies Center. "But this Honors project made me completely develop them, so I know I have them."

Rudd, a dance minor at Knox, intends to use dance "as a medium to communicate with people" while teaching in India. 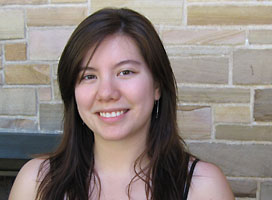 "I think it's a really great way to get to know people, and I find consistently that across borders, just dancing with people gets you to a place where you can get to know each other very easily, very quickly," Rudd said.

Rudd was among 15 Knox students and three faculty members who traveled to Anhui, China, in December 2008 to teach English to undergraduates at Anhui University.

Coryell, who has minors in German and gender and women's studies, studied in Florence, Italy, in fall 2008. She was part of a group from Knox that traveled to Wales this year in conjunction with a course on famed Welsh writer Dylan Thomas, and she also has spent time in the Netherlands, Belgium and Germany. 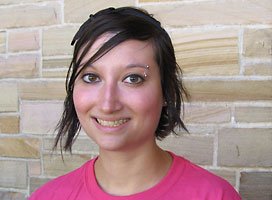 She plans to pursue a career "in the writing world, whether that's teaching or publishing."

"I'm always thinking about how things will affect my writing life," Coryell said. "I think it will be good to be in a different place and meeting different people."

About 1,500 Fulbright Fellowships are awarded each year to students in the United States.

Knox was one of the top liberal arts colleges in the country for the number of Fulbright Scholar awards given to faculty during the 2009-2010 academic year, according to a report last year by the Chronicle of Higher Education. In 2008, the Chronicle of Higher Education rated Knox as one of the top schools in the United States for the number of students receiving Fulbright Fellowships.

Both sets of rankings relied on data compiled by the Institute of International Education, which administers the Fulbright Fellowship program.

Founded in 1837, Knox is a national liberal arts college in Galesburg, Illinois, with students from 47 states and 48 countries. Knox's 'Old Main' is a National Historic Landmark and the only building remaining from the 1858 Lincoln-Douglas debates.