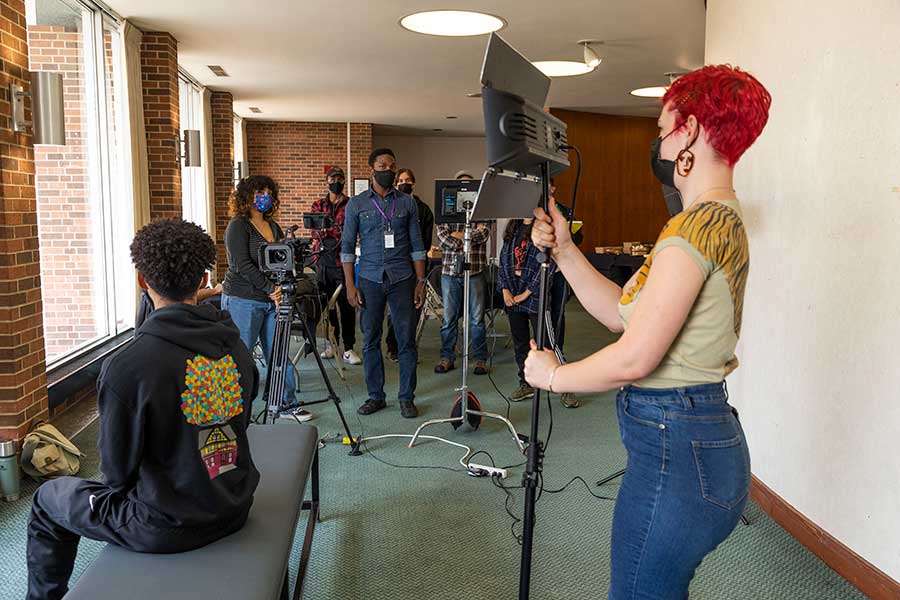 Students with an interest in producing documentaries had the opportunity to learn from filmmaker Vincent Singleton '03, who returned to campus in October to present an interactive workshop as part of Knox’s Fall Institute.

Singleton, an award-winning filmmaker, graduated from Knox with a major in psychology and a minor in Spanish. His documentaries include Taking Israel, which he screened for the Knox community during his visit; Taking Park City, which aired on PBS; and short films that have aired on the nationally syndicated African-American Short Films television program.

“Growing up, I've always wanted to be a filmmaker. I used to do little documentaries of my own,” said Paulina Flores-Tirado, a first-year student who participated in the workshop. “This was an opportunity to go out and learn from someone who is actually doing this for a living.” 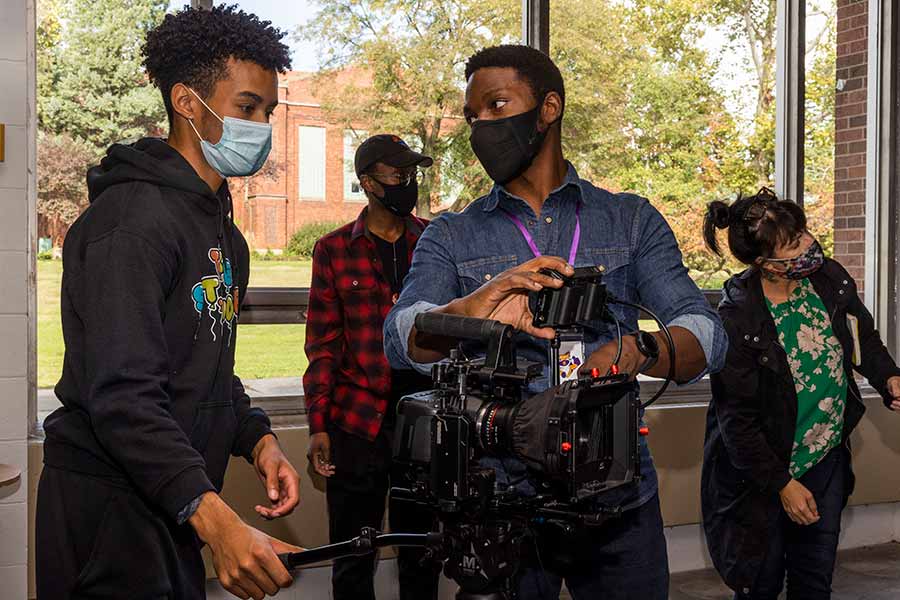 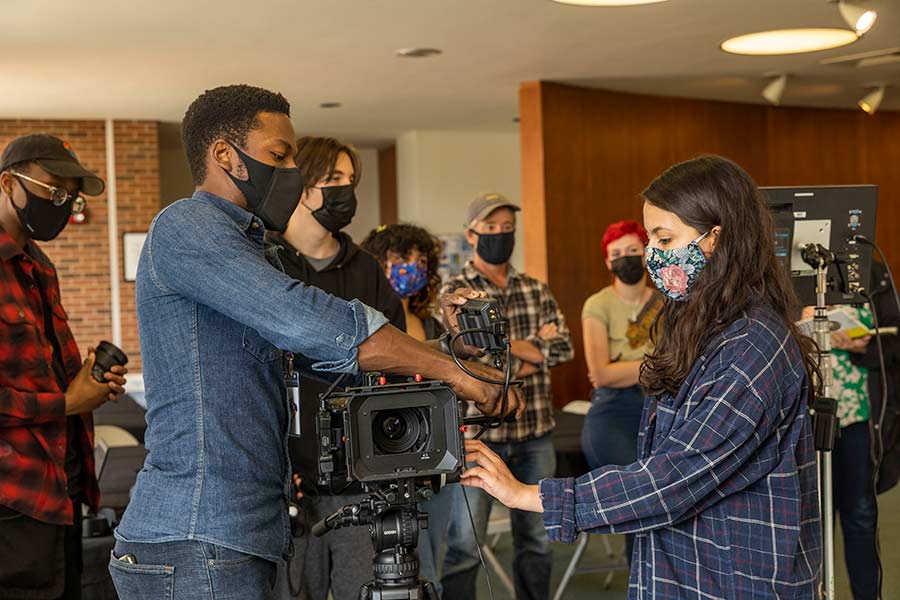 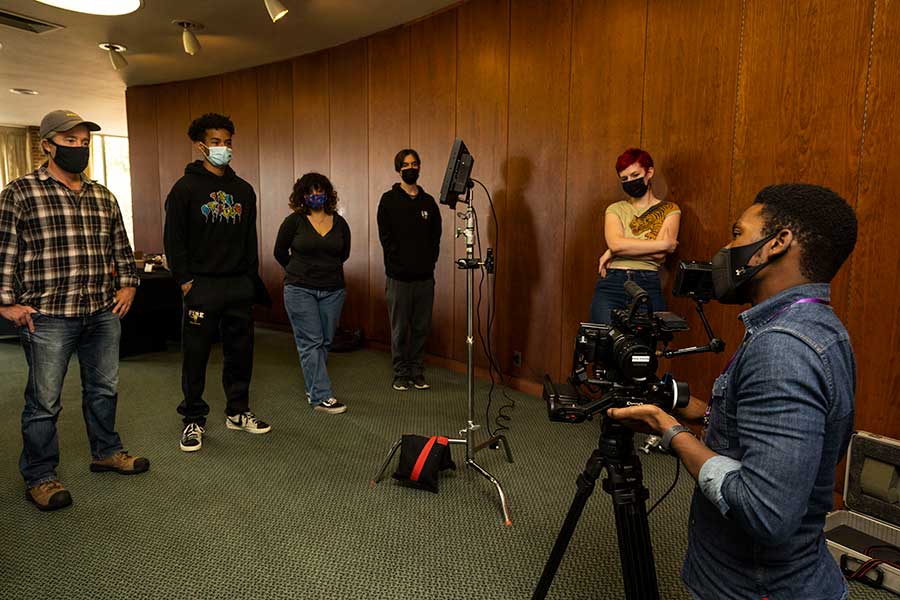 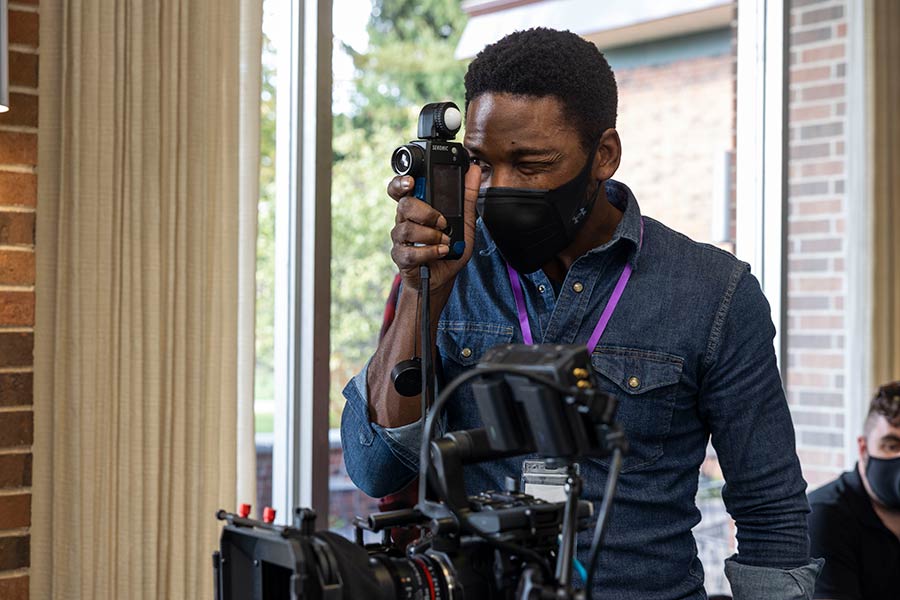 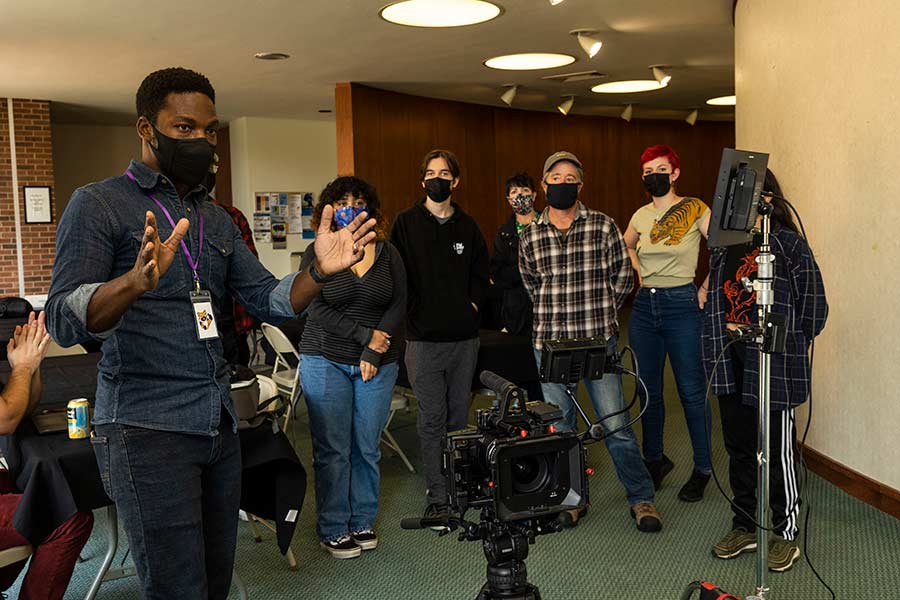 Singleton discussed some of the aspects of filmmaking, including defining a theme and learning the industry's terminology.

Students also worked with him to set up two shooting scenes and learn some basics about how to frame and light a subject in different locations. Everyone took on specific responsibilities as a member of the crew, such as director, camera assistant, camera operator, and gaffer. "Wow, look at that shot. You're doing a great job," Singleton told the students.

“He was really detailed and let us engage. Setting up our two scenes was fun. It felt real and reachable—like we can get there, we can do this,” observed Frenchi Espinoza ’22, who is majoring in anthropology-sociology. She said that she’ll apply lessons from the workshop as she creates a documentary for a senior research project. 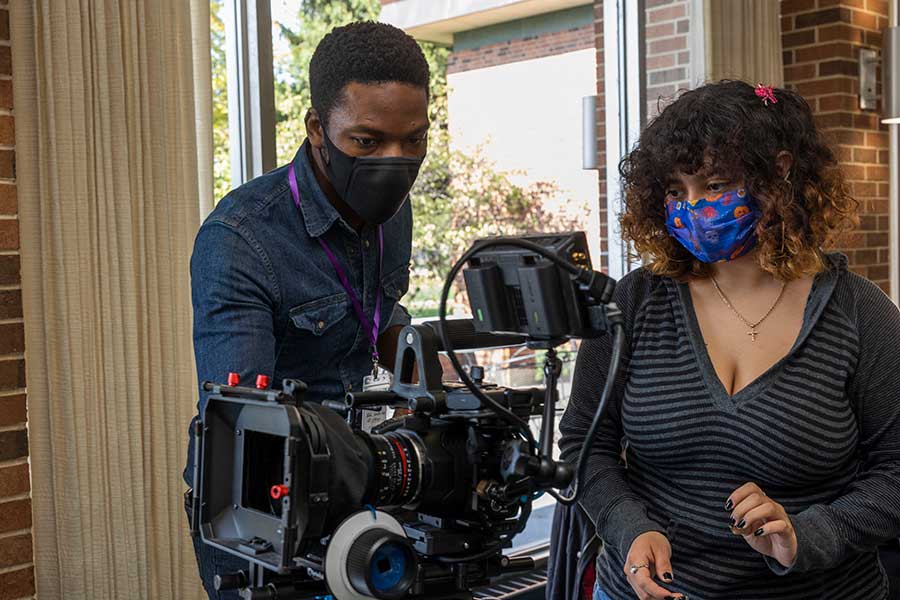 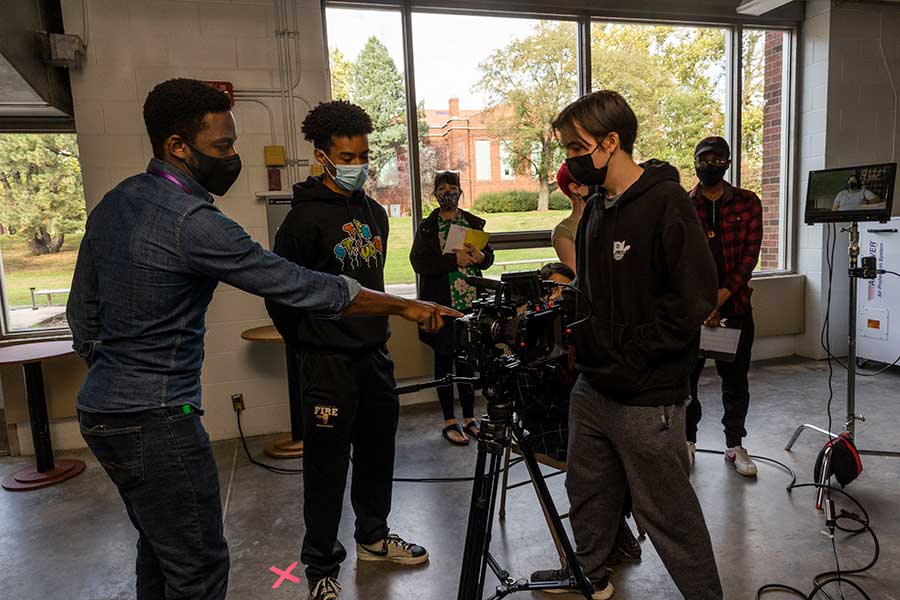 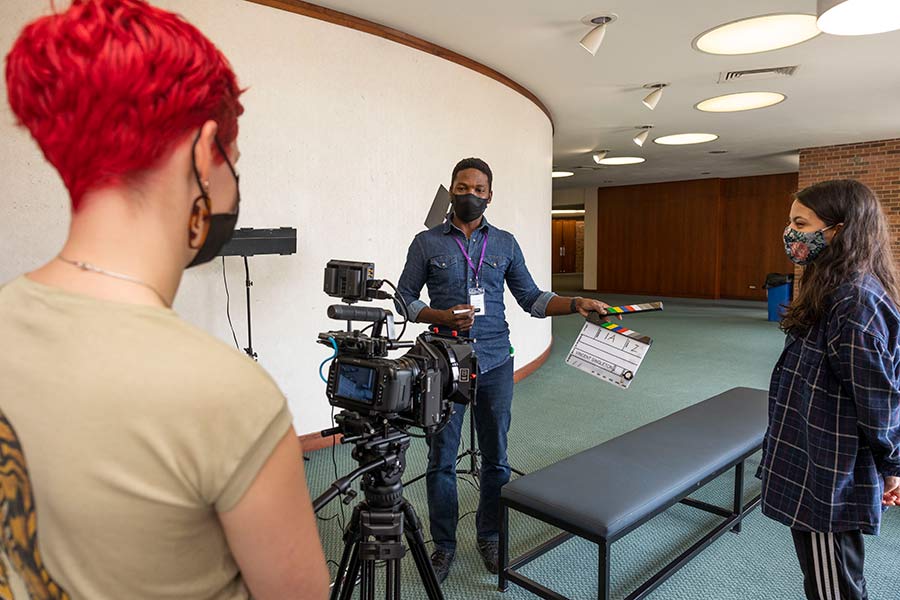 “Ashon and I, and the rest of the ANSO department, are interested in providing students with interactive and hands-on opportunities to engage the narrative possibilities of ethnographic research, and we recognize that video is a very important medium in our everyday lives,” Hope said. “Our students already engage with the challenges and ethics of narrative construction through their ethnographic research (often in senior capstone projects), and we thought having a professional filmmaker share how they work with the challenges and opportunities of telling stories with film would be informative for us all.”

Singleton said his main goal at the workshop “was to provide the attendees with practical tools for executing projects.”

“When I was asked to return to Knox and host this screening and workshop, I immediately imagined how much a workshop like this would have excited, guided, and inspired me when I was a student at Knox just discovering filmmaking. I wanted to ensure that all of the information I presented was actionable and practical so that, regardless of the gear they might have access to, they'd be able to take steps to capture their own stories, in their own voice.”

“In my experience, Knox has always been a school that allows personal initiative to be the gateway to creating opportunities that lead to success. An independent study at Knox was how I actually got into filmmaking,” he added. “The students, faculty, and staff who were able to take part in the workshop showed that same personal initiative and I just hope that my experiences served to support their academic and professional curiosity about the nuts and bolts of filmmaking.”