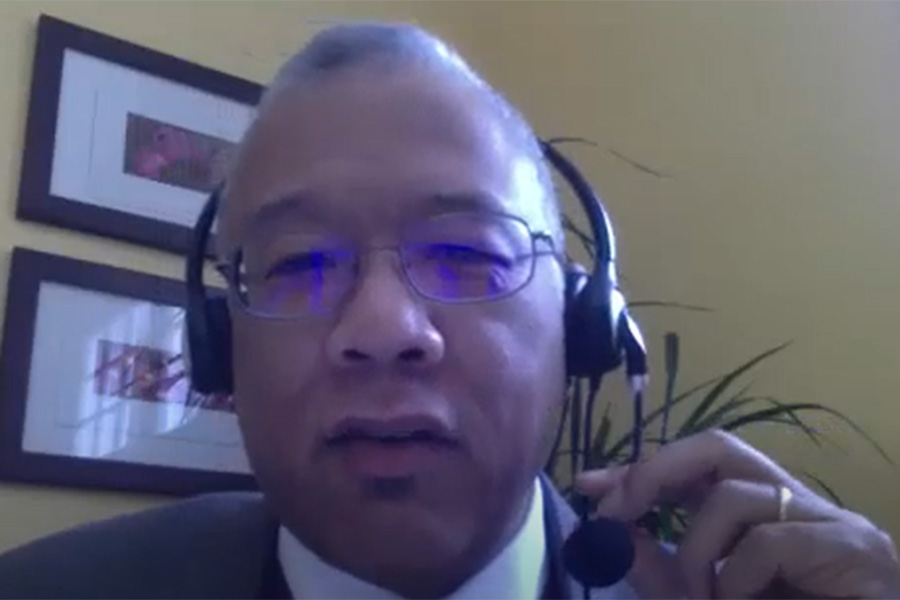 At the January 17, 2022, event, Hamilton read from King’s 1963 letter from the Birmingham City Jail, which said in part: “Nonviolent direct action seeks to create such a crisis and establish such creative tension that a community that has constantly refused to negotiate is forced to confront the issue.”

He noted that for King, nonviolence always was coupled with direct action. King’s nonviolent direct action often involved breaking laws that he believed were unjust, such as racial segregation laws, said Hamilton, who serves as chair of American Studies at Knox.

“What is the meaning that we should take from Dr. King’s legacy on this day?” Hamilton continued. “Perhaps one meaning is that we don’t have to choose between a false binary of either social justice on one hand or a peaceful, unified society on the other. The positive peace of Martin Luther King’s beloved community gives us both.”

“If we truly want to apply the lessons of Dr. King’s activism,” he concluded, “we do the hard work of direct, honest, good-faith negotiations with those who see the world differently than we do.”