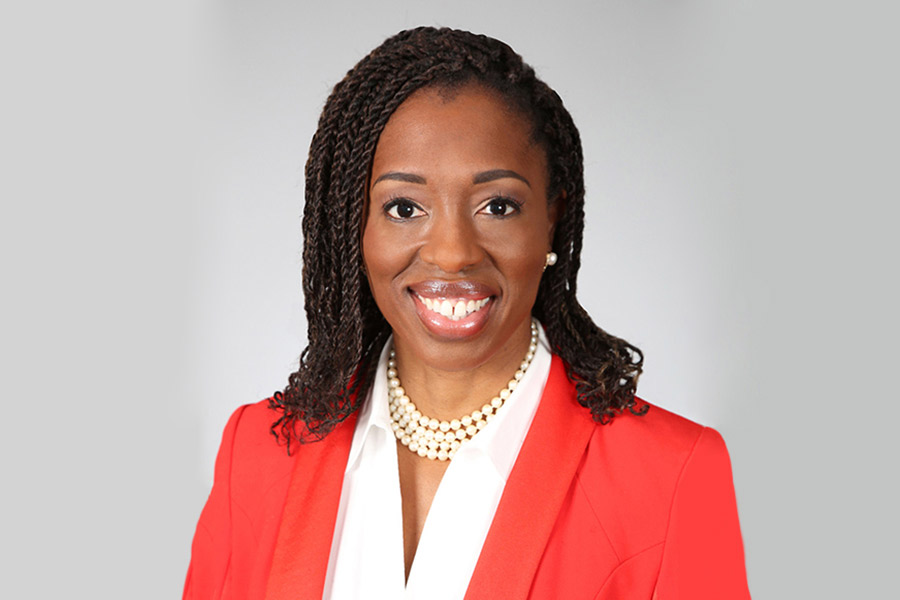 Knox College is honored to present Dr. Ngozi O. Ezike, Director of the Illinois Department of Public Health, for the degree of Doctor of Science.

Dr. Ngozi Ezike is a board-certified internist and pediatrician who joined the Illinois Department of Public Health in 2019 when Governor JB Pritzker selected her as director, and the Illinois Senate confirmed her for the position. She is the first Black woman ever to be appointed to lead the 143-year-old state agency. Dr. Ezike is also an assistant professor of pediatrics at Rush Medical College in Chicago.

As IDPH Director, she has been at the forefront of Illinois’ response to the COVID-19 pandemic, receiving acclaim for her steadfast leadership and expertise. She has become a respected presence for Illinois, in part because of her calm and compassionate demeanor at the media briefings where she has provided updates about the pandemic’s impact.

A May 2020 New York Times article about Dr. Ezike’s work to contain the pandemic in Illinois stated: “From the outset, she had her eye trained on the most vulnerable, including essential workers, many of whom are from minority communities. She has incorporated their needs into all of the state’s response proposals, from getting P.P.E. to those who need it most to providing targeted messaging and information. Dr. Ezike herself delivers her updates during the daily news conference in English and Spanish.”

Before joining the Illinois Department of Public Health, Dr. Ezike worked for more than 15 years for the Cook County (Illinois) Department of Public Health, promoting the organization’s mission of delivering integrated health services to patients with dignity and respect, regardless of their ability to pay. She has delivered inpatient care at Chicago’s Stroger Hospital, and primary and preventive care in community and school-based clinics.

While serving as medical director for the Austin Health Center on the west side of Chicago, she engaged with the community through health initiatives involving obesity, diabetes, and breastfeeding.

An expert in healthcare within juvenile detention and justice systems, Dr. Ezike served as medical director at the Cook County Juvenile Temporary Detention Center. It is the largest single-site juvenile detention facility in the country. She was instrumental in creating and implementing the facility's health policies as the first step of many for coming out of federal receivership and achieving national accreditation. As part of the Healthy JTDC 2020 initiative, she partnered with for-profit and nonprofit organizations to sponsor the center’s first ongoing program, which culminated in a 3K/5K run event for the detained youth. Dr. Ezike is a national policy advisor on juvenile correctional health topics and has presented at numerous local and national conferences for medical professionals and youth audiences.

She graduated with honors from Harvard University with a concentration in chemistry and earned her medical degree from the University of California San Diego. She completed her internship and residency at Rush Medical Center in Chicago and earned a management certificate from Harvard Business School.

Dr. Ezike has received numerous awards, including the 2020 Lester H. McKeever Individual Service Award from the Chicago Urban League and the Health Innovator Award from Erie Family Health Center in Chicago. Chicago Magazine named her as one of 2020’s Chicagoans of the Year.

An advocate for maintaining work-life balance, particularly in challenging times, Dr. Ezike is an avid tennis player and reader, and is fluent in Spanish and French.

In recognition of her commitment to the public’s well-being, her leadership, and her dedication to caring for patients with dignity and respect, we present Dr. Ngozi O. Ezike for the degree of Doctor of Science.