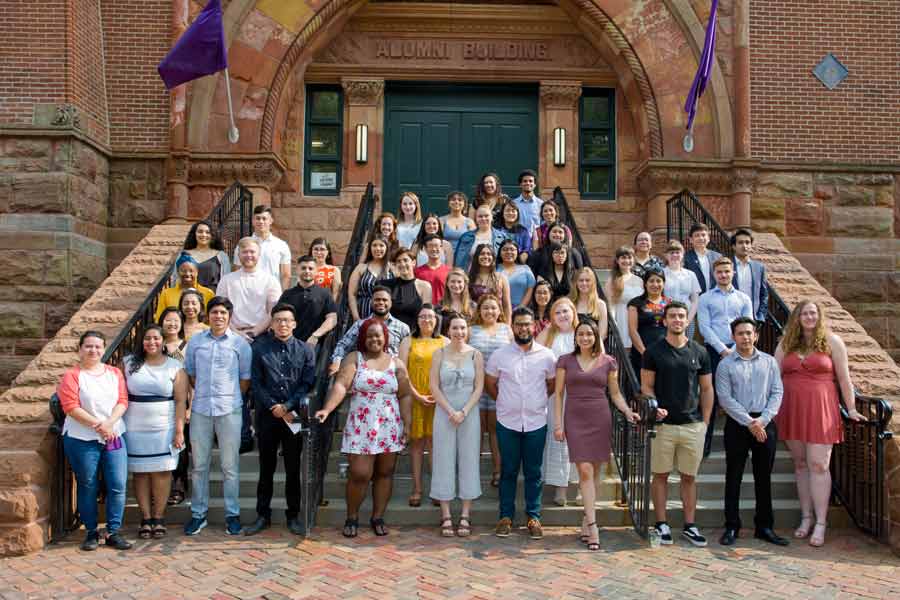 First-generation students often arrive at college unprepared, Knox College graduating senior Domanique Rahman '19 told the audience at Knox’s fourth annual First Generation Reception on June 1. Rahman speaks from experience because he, too, is a first-generation student, the first in his family to earn a college degree.

“While our families tried their best, some of them couldn't even help guide us because they may not have understood the lifestyle,” said Rahman, who majored in anthropology-sociology and minored in international development and Africana Studies. “We had to figure out many things in the process, like learning that asking for help is OK, talking to your professor doesn't mean that you're a bad student."

During his years as a Knox student, Rahman served as a resident assistant, orientation leader, and member of TRIO. He was active with the First Generation Students Club, participated in Knox’s Peace Corps Preparatory Program, and spent time studying abroad in Botswana, Sri Lanka, and Cameroon. His first stop after Knox? He will serve as a Peace Corps volunteer in Botswana.

"Some of us doubted ourselves,” he said to the students, families, and supporters at the reception. “But I mean, look where we are now."

Rahman was the student speaker at the reception, which gives special recognition to graduating seniors who also are first-generation students.

Each of the first-generation graduates received a special pin at the reception. President Teresa Amott described the pins as "tokens, symbols, of our esteem for you and for all you have accomplished," and she encouraged the graduates to wear them the next day at Commencement.

She expressed her pride of the graduating seniors, thanked them for their contributions to the College, and observed that many supporters⁠—including faculty, staff, friends, and family⁠—helped them succeed.

In separate remarks, Knox Biology Professor Judy Thorn recalled her time as a first-generation college student and the support she received.

“Fear was a part of my time at college. Fear of failure. Was I smart enough, was I going to disappoint my family and look like a fool?” she said. “Many times, I felt like I was doing it all alone. But the reality was, there were so many people supporting me. They helped me find myself.”

“They challenged me to pursue my interests in science and in education,” Thorn added. “Friends, faculty, and staff helped me to be me.”

“We’re proud of what you’ve accomplished and super-excited about your future,” she said to the members of the Knox Class of 2019.

(Photo at top of page: First-generation students from the Knox Class of 2019. Photo below: Student speaker Domanique Rahman presents remarks at the reception.) 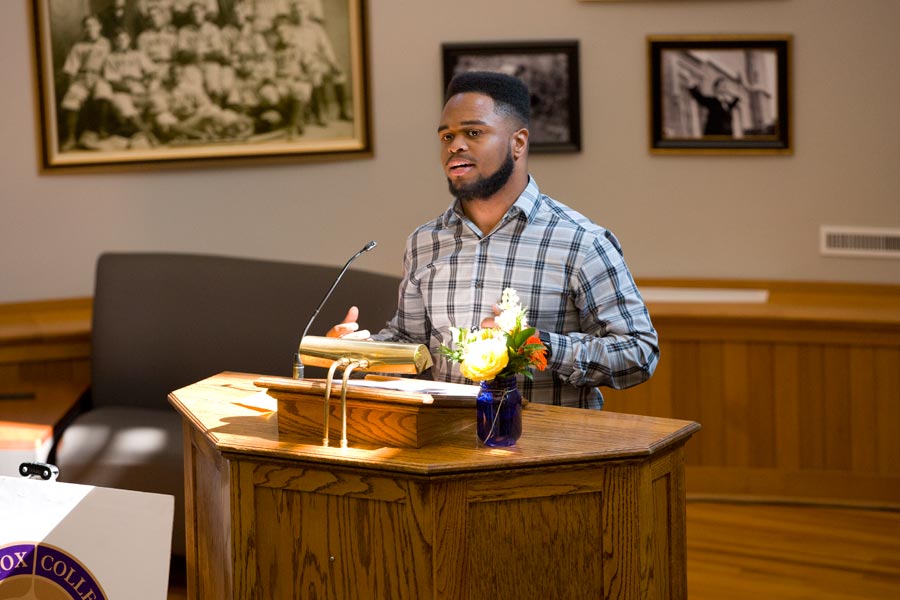 "We’re proud of what you’ve accomplished and super-excited about your future.” — Knox Biology Professor Judy Thorn