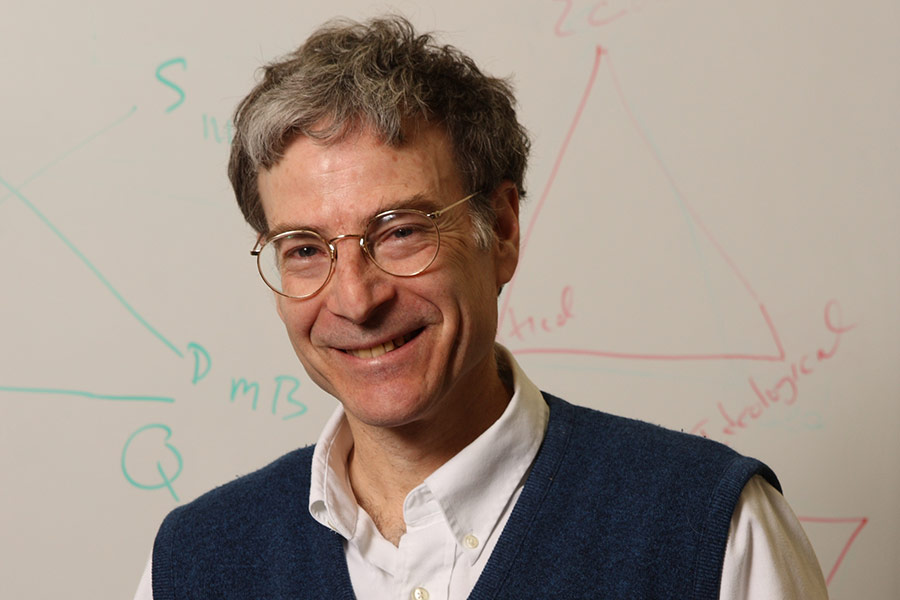 An almost 50-year fascination with China led Economics Professor Steve Cohn on a journey that has culminated in a book on the country's economy.

In Competing Economic Paradigms in China: The Co-Evolution of Economic Events, Economic Theory and Economic Education, 1976-2016 (Routledge, 2018), Cohn, who holds the Charles W. and Arvilla S. Timme Chair in Economics, provides a unique look at the evolution of Chinese economic thought over the last four decades.

Cohn first became interested in China as a Peace Corps volunteer living in a Chinese community in Malaysia. But over the next 30 years, his academic focus took him in a different direction—the economics of nuclear power and theories of macroeconomics—which resulted in two books on the subjects.

In 2007, he had the opportunity to again pursue his interest in the country when he and other Knox faculty were invited to spend two weeks in China through the Caterpillar China Project.

That trip shifted the focus of his research to the Chinese economy. He began taking courses at Knox on Chinese language and history. He also took intensive summer language courses at Beloit College. "I really learned a lot. Those courses gave me the background I needed to work on my stuff," says Cohn.

"My ability to do what I'm doing has really been supported by the College and I'm thankful. I think a lot of colleges wouldn't have been as welcoming of [the shift in research] as Knox," said Cohn. "But the College benefits because faculty are excited to try new things. It's an example of doing more with limited resources."

Cohn began teaching a course at Knox on the Chinese economy and had the opportunity to teach the same course as a visiting professor at the China Studies Institute in Beijing, where he continued his research.

"I wanted to understand how an economy dominated by one approach was replaced by a different approach," said Cohn. "It's not like you turn a switch to get people to suddenly think differently. There are all of these different strands that create that shift, from reorienting students' courses, to shifting discussion in the media, to re-engineering think-tanks. It's a complicated process." Besides his interest in the sociology of Chinese economic knowledge, Cohn is also interested in the viability of socialism in China and elsewhere.

Cohn says that understanding China is critical to the modern world. "China is four times the size of the U.S. and has been growing at more than three times our rate. Whether we're talking about the environment or resources or geopolitics, China is going to be a major part of the discussion."