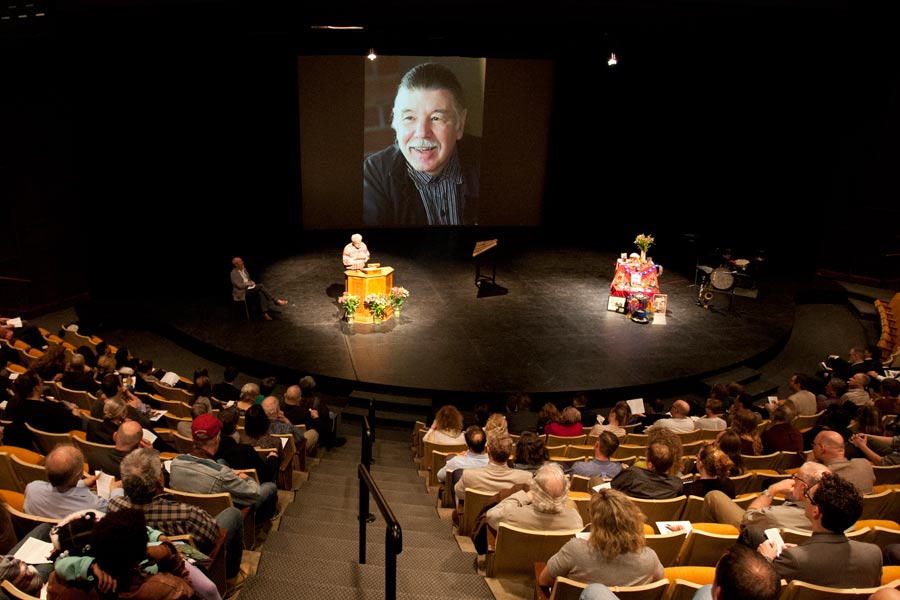 Hundreds of people attended the event, which took place April 6 in Harbach Theatre in the Ford Center for the Fine Arts on the Knox campus.

Metz, Philip Sidney Post Professor of English and co-founder of Knox’s Program in Creative Writing, died on November 27 at age 76. An internationally acclaimed poet and author, he had been a member of the Knox faculty since 1967.

The celebration of his life began with a jazz combo, John Cooper and the Lamoine River Ramblers, leading a processional through the CFA lobby and into Harbach Theatre. The musicians performed “A Closer Walk with Thee,” playing slowly and mournfully at first, then faster and more joyfully.

“You have to know how tickled Robin was that he was going to get a jazz funeral,” his wife,  Smith V. Brand Endowed Chair in Theatre Arts Liz Carlin Metz, later told everyone in Harbach Theatre. Toward the end of the celebration, she read his poem, "Flushing Grouse."

Joseph Lennon '90, one of Metz’s former students, served as master of ceremonies at the celebration as a series of speakers took the stage to share their memories of Metz. They spoke about him as a father, friend, teacher, writer, conservationist, preservationist, and more.

Here’s a sampling of what they had to say:

“He was a man who had many talents…. To me, it was so clear that his lifeblood was literally about teaching. He taught us all the time, and that was a great gift.”— Lisa Metz '86

“When we last met in October, he told me that if at all possible, he would come back and give me a sign from the next world. He would tap me on the shoulder or appear in the wind or in the night sky, give me some kind of sign from the beyond. That is, unless he forgot. Robin and I laughed every time we met.”— Joseph Lennon '90

“From our earliest times together, Robin impressed me with his robust, precise vocabulary and his facility with putting phrases and ideas together. He had a thoughtful and mesmerizing way of speaking. He could find connections and links that were not always apparent. But he bridged them, and he had a quick wit and a wonderful laugh, and he was sensitive.”— Jay Matson

After the jazz combo led a recessional out of Harbach Theatre and back into the CFA lobby, to the tune of “Oh When the Saints (Go Marching in)," Metz’s longtime friends Roy and Corine Andersen presented a toast to his memory and legacy.

“I think we can all agree that Robin has led a full life. While barely done with one project, he would be moving onto another,” said Corine Andersen, a retired Knox admission counselor.

He was, Andersen added, “a great, great example for all of us in his love of human beings.”

To honor his more than half-century legacy to Knox's English department, Robin and Elizabeth Carlin Metz established the Robin Metz Endowed Fund in Support of the Creative Arts. Metz strove to bring to campus an array of high-profile poets, fiction writers, play- and screenwriters, essayists, and scholars to share their work in an open setting as a way to expose students to the elegance and power of the spoken and written word. The Metz Fund will ensure that this interaction between artists and the Knox community continues in perpetuity, as his living legacy. 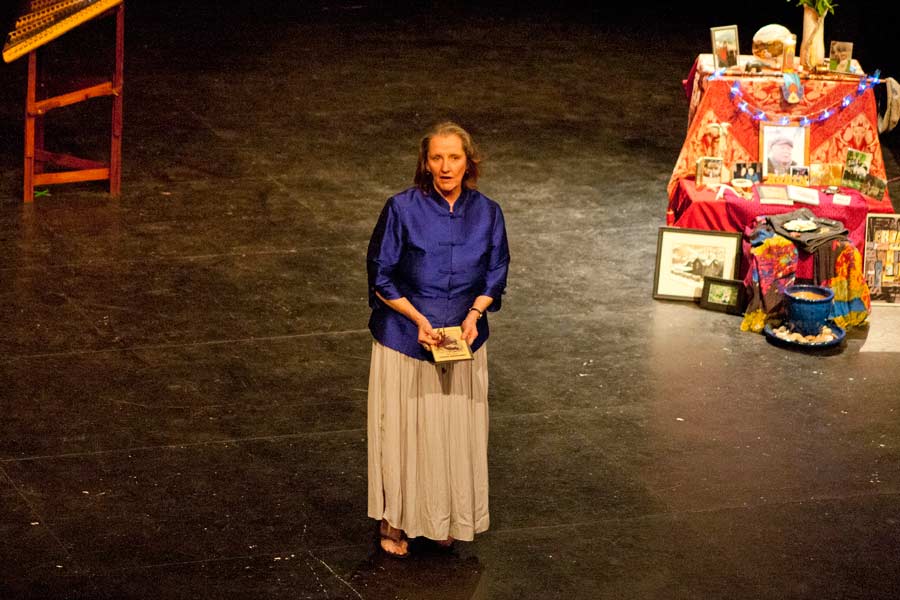 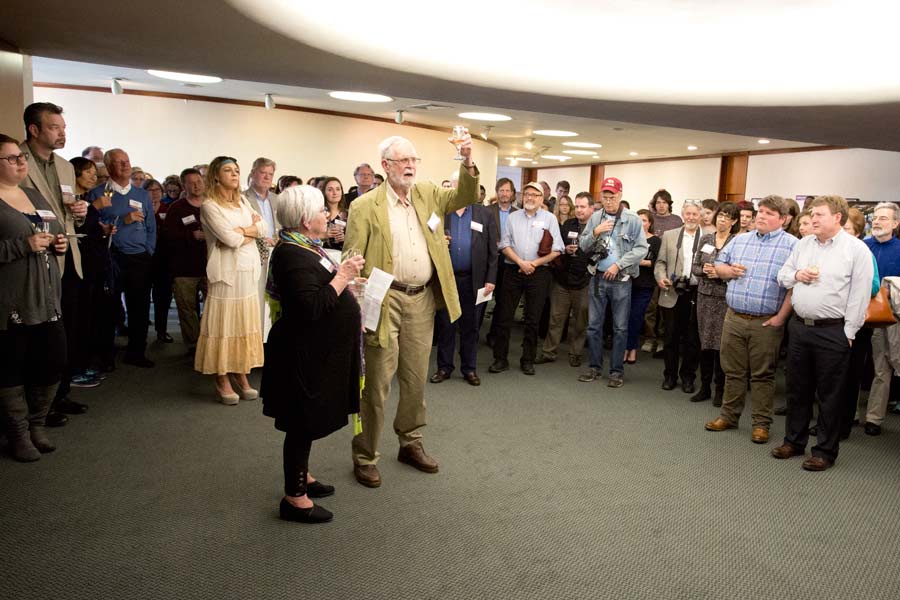 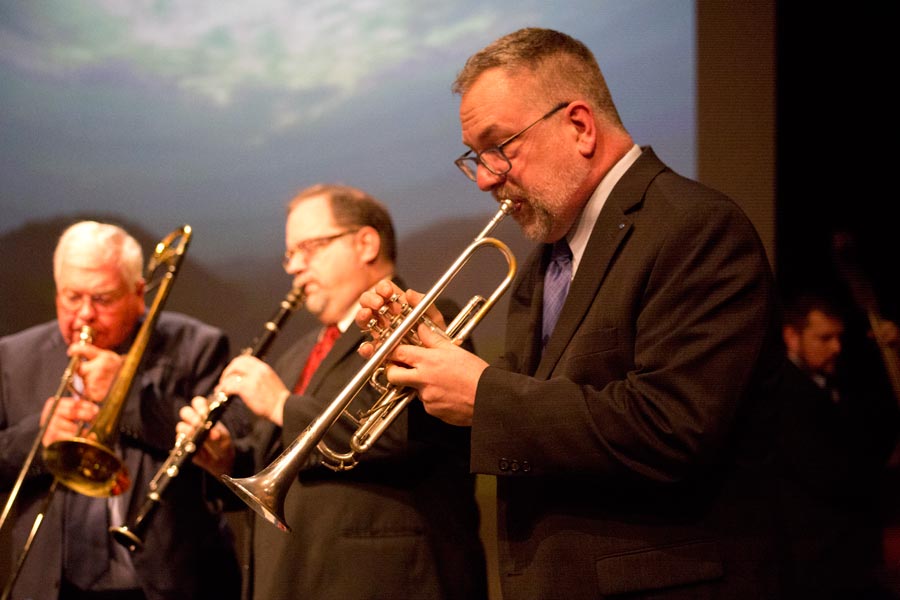 Speakers at the Robin Metz Celebration of Life