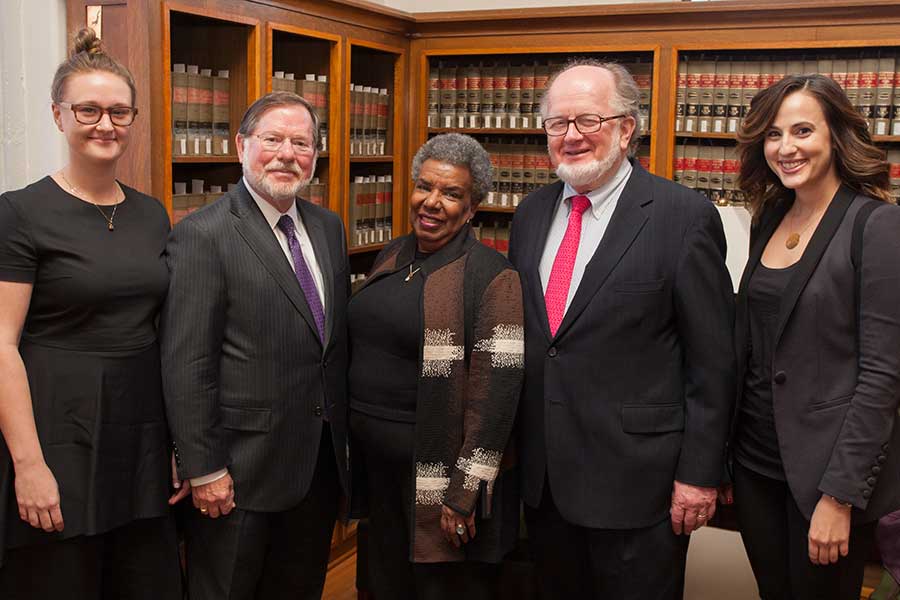 Thomas Brown is a clinical psychologist, teacher, researcher, and writer with a special interest in attention deficit hyperactivity disorder. He presented a lecture on "How ADD/ADHD Can Cause Bright Kids and Adults to Get Stuck," to a packed conference room the evening before the awards presentation.

"Seeing someone so accomplished who came from the same college can be really inspiring, especially in a field you can see yourself in," said psychology major Alessandra Power '16 after attending the lecture. "The topic he discussed is very relevant and affects many people on campus."

Physician Ernest Buck has won wide recognition for his contributions to the health and welfare of children in Texas. "He is known statewide as an expert in children's care, public policy, physician engagement, and improving population health," said Linda Dybas, Watson Bartlett Professor of Biology, who read Buck's citation at the awards presentation.

Attorney Marcea Bland Lloyd is retired senior vice president of Amylin Pharmaceuticals. She is also known for her service in mentoring, education, and leadership training for women.

Lloyd has served on the Executive Leadership Foundation and Council, the nation's premier leadership organization comprised of the most senior African American corporate executives in Fortune 500 companies and helped found the Council's "Women on Wall Street" group. She was also board liaison to NextGen Network, a group that fosters initiatives aimed at identifying and mentoring African American business leaders.

"Marcea is a nationally recognized speaker on some of today's most pressing topics for working women, such as surviving work/home imbalance and building a successful blended family," said Lane Sunderland, Chancie Ferris Booth Professor of Political Science, at the awards presentation. Lloyd spoke with Sunderland's American Constitutional Law class before the awards presentation. 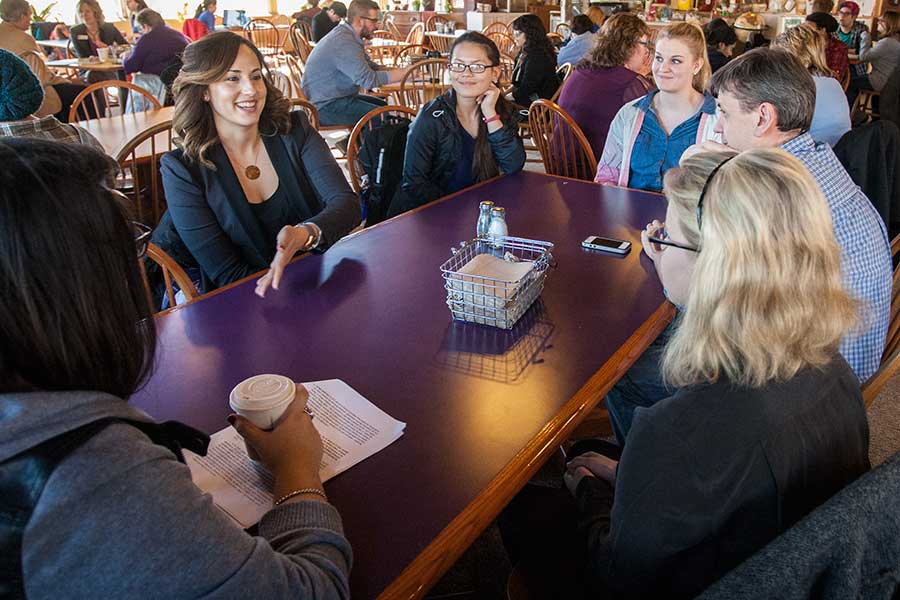 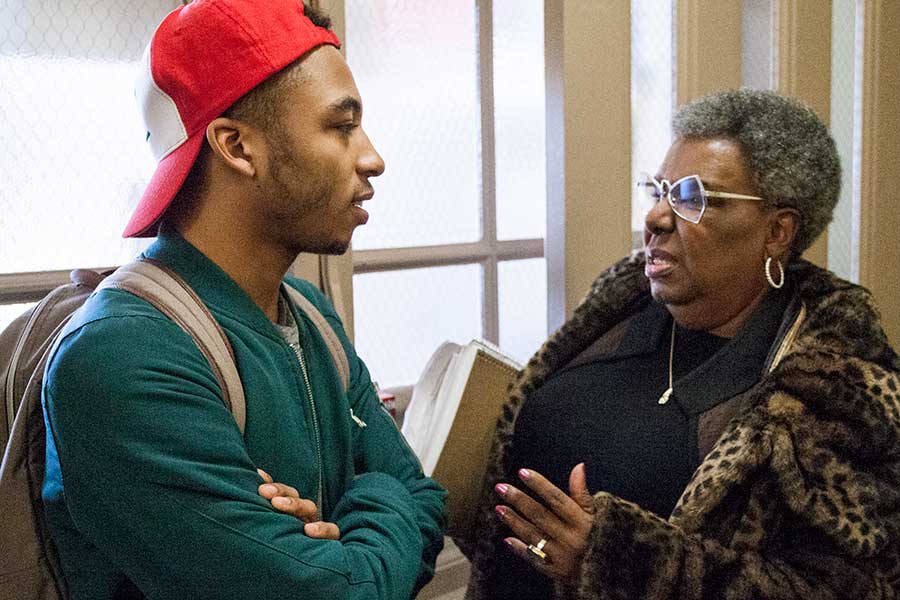 Pictured above, Rachel Abarbanell talks about her career with students in the Gizmo. Marcea Bland Lloyd meets with a student after a constitutional law class.

Artist Katie Bell works in Brooklyn, New York, where she was named one of "8 Great Brooklyn Artists Under 30" by The L Magazine. Bell has exhibited her work nationwide and was recently honored with a fellowship from the New York Foundation for the Arts in recognition of her compelling artistic vision.

While on campus, Bell had the opportunity to meet with art students and evaluate their work. "It's really cool to be able to talk to someone who is familiar with Knox and who knows what art is like here but who also has had time away and other experiences outside of Knox," said Carmen Ribaudo '16, who is majoring in art and psychology. "What Katie is doing is still close enough to where I am that I can project myself and learn from her because she is still new in a way. It's really helpful."

Film and television producer Rachel Abarbanell was unable to attend last year's awards ceremony at Knox due to a conflict with the awards season.

Abarbanell joined Lynda Obst Productions in 2005 and was named president of production in 2012. "Rachel juggled an array of roles in the production of television and film, from coming up with an idea and working with both the writer and studio in developing it, to casting, crewing up, and physical production," said Liz Carlin Metz, Smith V. Brand Endowed Chair in Theatre, at the awards ceremony. "She worked her way up in a difficult field, from intern to production assistant to production coordinator to president for production."

One of Abarbanell's recent projects was on the pilot episode for the highly rated Amazon video series Good Girls Revolt, about the struggle for gender equality at a news magazine in the 1960s.

Convocation celebrates the 179th anniversary of Knox's founding in 1837. The College's formal charter was approved by the Illinois Legislature on February 15, 1837. The College and the City of Galesburg were established by a group of anti-slavery pioneers from upstate New York led by the Rev. George Washington Gale, after whom the city was named.

Employees of P.J. Hoerr, Inc. are making progress on the restoration work at the Umbeck Science-Mathematics Center.