While studying Japanese at Knox College, there are a number of ways to gain critical insight into Japanese culture and broaden your education beyond the classroom, such as by participating in a student research or honors project, embarking on an off-campus study program or engaging in independent study.

Many of our majors -- and minors -- pursue College Honors or other research and creative projects. Some even present or perform their work at national and international conferences. Here are a few recent projects:

Knox has historic ties with Japan, going back to the 1920's, when a Knox alumnus and trustee, Edgar Bancroft, served as U.S. Ambassador to Japan. His will established the Bancroft Educational Foundation, which allowed numerous Japanese students to attend Knox College and Knox students to study at Waseda University in Tokyo, one of the largest private universities in the world, through the ACM-associated Japan Program.

The Japan Program curriculum includes intensive language instruction, as well as courses in English in the social sciences, arts and humanities that cover various topics in Japanese and Asian Studies. Advanced students can take classes taught in Japanese. Students live with Japanese families, and active participation in Japanese family life is an integral part of the experience. In the fall of 2002, Knox College sent five students to Japan on the program -- the college with the highest number of students doing so.

There's no better way to explore the possibilities of life after Knox than internships. Here are a few of our students' recent internships (found with the assistance from the Bastian Family Career Center) :

Many Knox students, in a variety of disciplines, are interested in the Japan Exchange and Teaching (JET) Program, which invites young college and university graduates to participate in international exchange and foreign language education throughout Japan. The program has earned a high reputation, both in Japan and overseas, for its efforts in human and cultural exchanges, and has become one of the largest cultural exchange programs in Japan. The program offers college and university graduates the opportunity to serve in local government organizations as well as public and private junior and senior high schools. 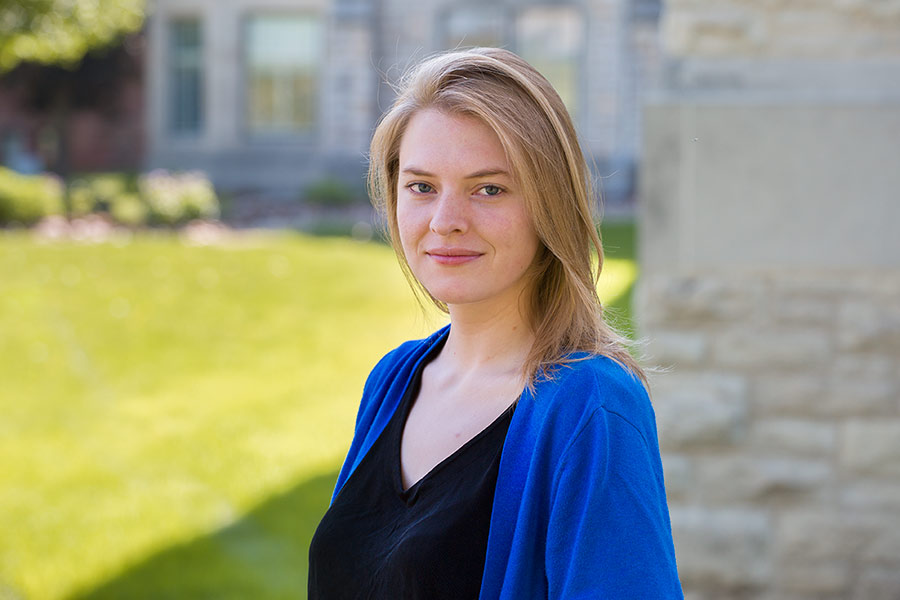 Monica works as an English Teaching Assistant in Mongolia through a Fulbright Fellowship.