The transformation of Alumni Hall was completed in 2014. The LEED Silver building was designed by architects Holabird and Root of Chicago and renovated by general contractor P.J. Hoerr of Peoria. Landscape architect was Hoerr Schuadt of Chicago.

The rededication of Alumni Hall took place during Homecoming 2014 and all Alumni Hall offices and services  moved in permanently in December 2014.  Included within Alumni Hall are the offices of Admission, the Class of 1963 Office of Financial Aid, and Alumni Relations, along with the four centers that focus on experiential student experiences both on and off the Knox campus—Kleine Center for Community Service, Vovis Center for Research & Advanced Study, Stellyes Center for Global Studies, and Bastian Family Center for Career & Professional Success.

The Lincoln Studies Center also has moved from Old Main to Alumni Hall. The building includes study areas and group gathering areas, such as conference and seminar rooms and lounge areas, which students may use and enjoy until midnight. Visitors will enjoy historical exhibits in the Whitcomb Heritage Center on the third floor. The exhibits portray the early history of Galesburg and Knox College and were professionally rendered by Rhodesworks of Champaign, Illinois, and Proto Productions of Addison, Illinois. The exhibits were funded in part by a grant from the U.S. Library of Congress.

Thanks to the more than 700 alumni, parents, friends, faculty and staff, and Galesburg community donors, whose gifts totaled $12.5 million. Gifts from members of the College's Board of Trustees accounted for more than 60% of the total gifts raised. We are grateful for their vision to see this project to fruition and to trustee Mark Kleine for overseeing the task force for the project.

Thanks for joining with other alumni and friends of Knox College to help restore the building proudly known as Alumni Hall. 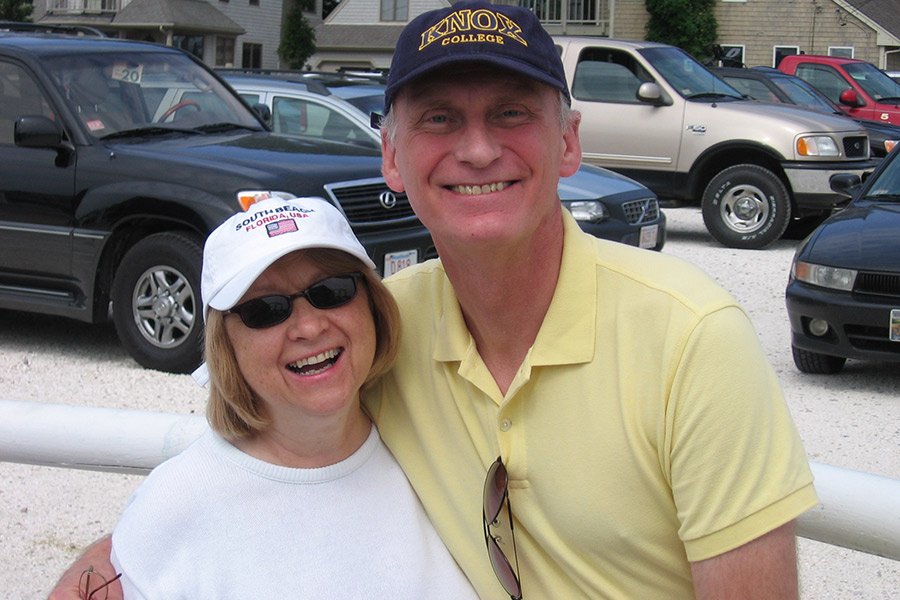 The Vovis's funded the Gerald and Carol Vovis Center for Research and Advanced Study and generously contributed to the renovation of Alumni Hall.