Major in Gender and Women’s Studies, Minor in Journalism and Spanish

Naja worked on an oral history project about Knox College from the 1940s to the 2000s. 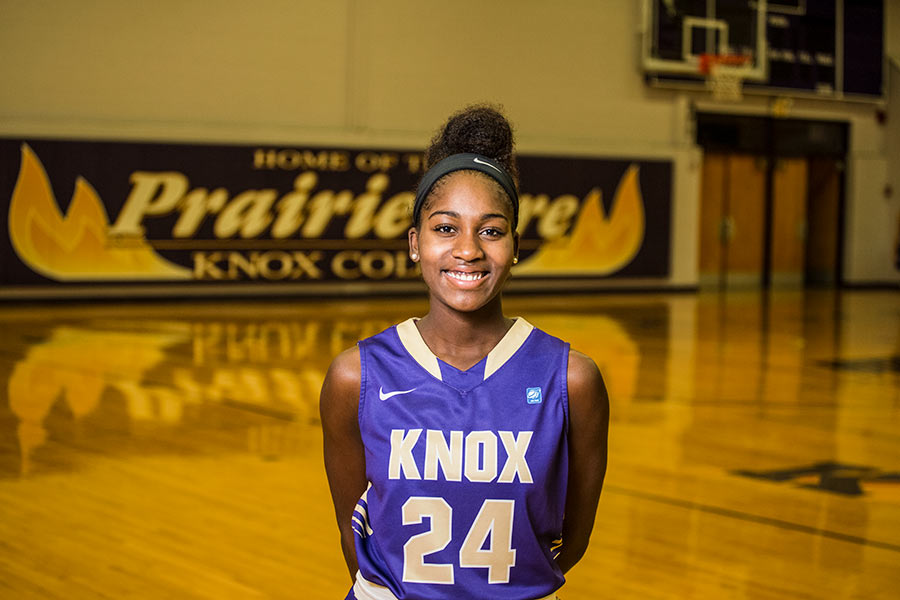 Naja is a point guard on the Prairie Fire women's basketball team, where she played in 23 games and averaged 6.5 points per game last year. She is also a Mellon Fellow and is president of the student organization ABLE.

How has playing basketball made you a better student?

I learned how to balance basketball and academics, which just transferred over to college. It also taught me a lot of life lessons, like what being a good teammate means and how to play through adversity.

You received a Mellon Fellowship, which allowed you to pursue an oral history project. What was that experience like?

I worked on the Knox College Oral History Project with journalism professor Jim Dyer. We are capturing Knox's history (race, gender, social issues) through interviews with alumni and professors that highlight their perspective during their time at Knox, dating back from the Class of 1940 to the 2000s. I edited these videos and put them up on YouTube. They will eventually go on the Knox College Oral History website once it is completed.

How has this experience influenced your future?

I've improved my editing skills, as well as interviewing, video shooting, and video editing. I think these kinds of skills are important because they're just helping me become a well-rounded journalist, so that I can have all of these tools when it's time for me to go out into the world and compete at an elite news network.

What's the most important thing you've learned at Knox outside the classroom?

Knowing how to interact and learn from so many different kinds of people from all walks of life. Knox is such a diverse community and it has allowed me to broaden my own knowledge of others cultures, ethnicities, and genders. Knox has also made me more aware of others and more open-minded to different perspectives.

What surprised you about Knox?

The thing that surprised me the most is how open and friendly most of the people are at Knox and throughout the surrounding community. I find it so easy to connect with nearly anyone I encounter, even if it's just a quick conversation in passing on the way to class. I just love that about Knox!

Colleen’s experiences doing research and studying abroad in London led to her pursuit of a master's degree at the EHESP School of Public Health in Paris.

Major in Biology, Minor in Business