Cami earned her MFA in animation from the Savannah College of Art and Design. She publishes a web comic, Doomsday, My Dear. 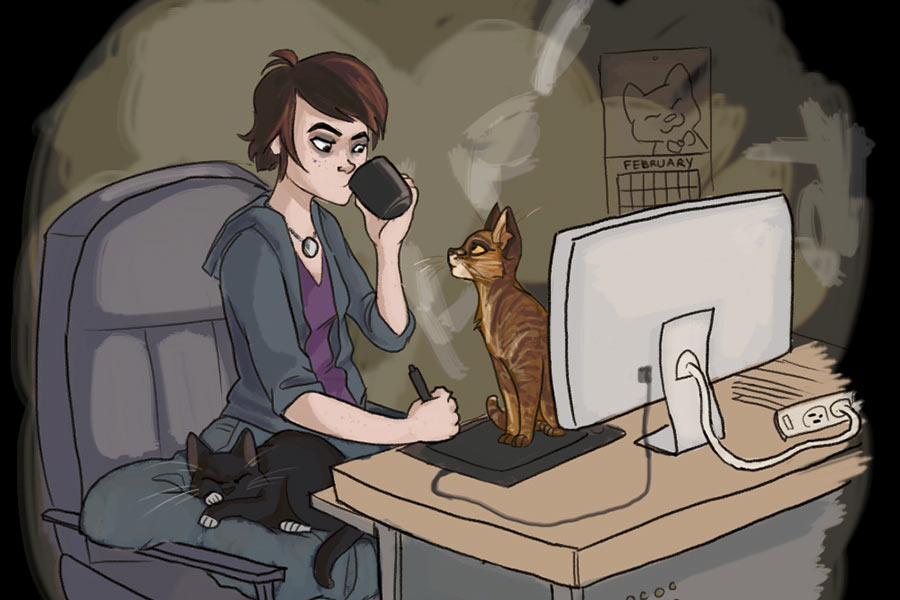 How long have you been creating art?

It progressed like my ability to speak. I can't even imagine a reality in which I didn't draw-it's a fundamental mode of communication for me. I didn't consider it a viable option for a career until I was well into college, because it was just so intrinsically a part of me I felt like that would be cheating. My junior year at Knox, I finally realized there was nothing else I liked doing more and I should probably arrange my life around it, so I did and haven't looked back.

How would you describe your art?

Cartoony, but with gravity, I guess. Visually it's been compared to western feature house styles, but I think narratively (I want to say at least 50% of my art is the writing and thought behind it) it goes deeper. I'm interested in social issues and in flipping pop culture on its head in a way the everyday consumer will understand, which is why I think it's important to have a style that's easily digestible for a western audience. Then I can trick them into paying attention, and they'll be forced to think about challenging topics.

Can you describe some of your favorite projects?

Basically what I'm doing right now. All of it, between Archer and Doomsday. I'm in a really good place artistically and professionally. Aside from that, working on my thesis film, Homebound, was really cathartic. It was a deeply personal film about overcoming loss and avoiding a sort of nostalgic stasis, in light of some recent difficulties my family has faced.  In the near future, it'll hopefully be available to the public.

Geoff Ziegler learned about chemistry in the lab—and on the baseball diamond.