Majors in Chemistry and Neuroscience

As a Mellon Fellow, Yuuki conducted an independent study in analyzing the liquid crystalline properties of copper. 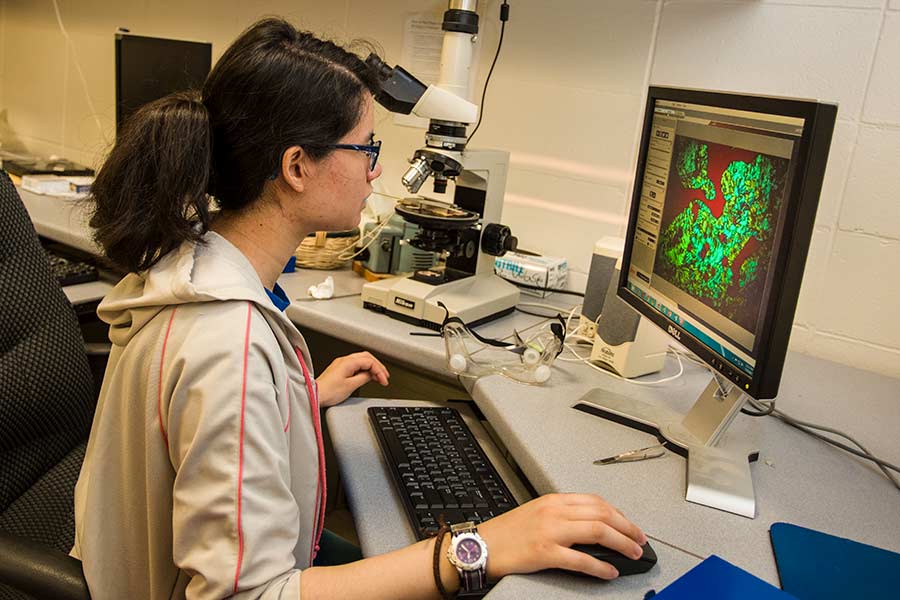 What's the most important thing you've learned at Knox outside the classroom?

The importance of being yourself and being non-judgmental. Knox has a very inclusive atmosphere which was so different than what I was used to, and has allowed me to grow as a person. Being at Knox and interacting with other students of different backgrounds has educated me in so many ways I didn't think were possible.

What inspired you to pursue your research?

I've conducted an independent study in chemistry. I analyzed the liquid crystalline properties of copper dimers using propyl valerate as a ligand. Liquid crystals are in a phase that exists between a liquid and a solid. I'm currently expanding on this independent study to look at other ligands with the propyl valerate ligand on the copper dimer. I hope to compare my results and further understand the different liquid crystalline properties with each different product I synthesize. So far, one of the most important things that I've learned from my independent study and research is the experience of working in a research lab setting. There have been challenges where a reaction wouldn't go as planned, which doesn't normally happen in a class lab. Therefore, it required me to look at alternative ways to improve my procedure by applying the knowledge that I'd learned from the many chemistry classes that I have taken. This research has strengthened my problem-solving abilities, as well as the importance of working as a team, learning from the other students doing research.

Is there a professor that has had a significant impact on your education, research, or career plans?

The professors that I've had, especially in my majors, have all impacted my education and career plans. They've supported my passion for both chemistry and neuroscience by teaching me how interesting it is. In addition, they've pushed me to improve and encouraged me to continue through trial and step out of my comfort zone to get to where I am now. As a first-year, I would've never thought that I'd be double-majoring in chemistry and neuroscience, doing research in the summer, and having a plan to conduct research as a career. I think all the professors that I had so far in these fields have deeply impacted me to be where I am today and have the goals that I do now.

Yuuki Wittmer '18 is involved in International Club, Japanese Club, and Chemistry Club. Her extracurriculars, she's said, "helped me learn about the diverse cultures on campus, and learn from people with different ways of thinking." As a recipient of the Andrew W. Mellon grant, she independently researched liquid crystals.

Mohammad is a software engineering intern at a local nonprofit and has accepted a position as associate technical consultant for SAS Institute after graduation.