Major in Psychology, minor in Theatre.

Alicia received a grant from the National Institute for Mental Health for her predoctoral behavioral neuroscience research. 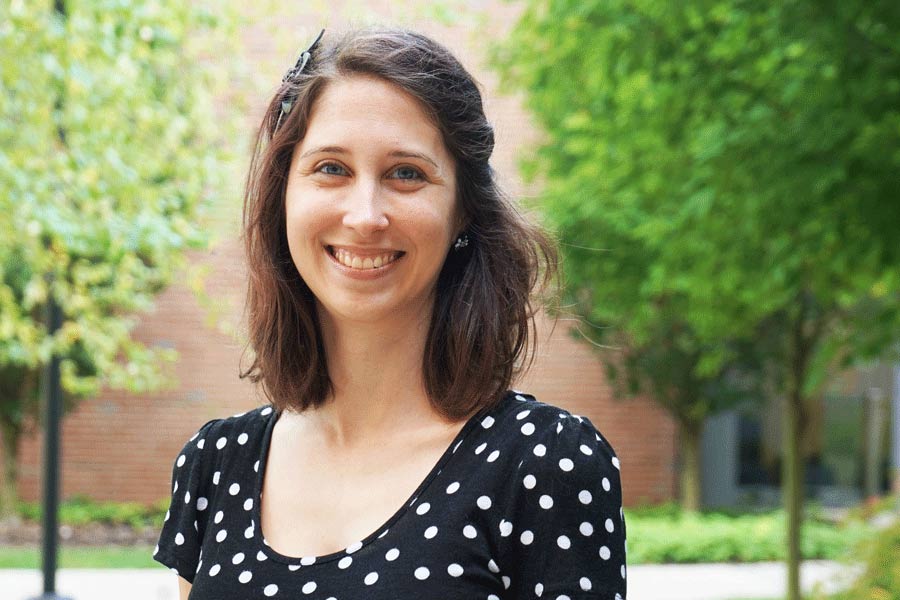 Can you talk a little bit about your experience at Knox?

In terms of psychology, I chose to go to Knox College primarily because of a meeting I had with Dr. Frank McAndrew. When I met him, he asked me why I wanted to be a psychologist, and I said, “Because I just want to know why people do what they do.” And he was like, “That's the right answer.” So that kind of inspired me to head to Knox.

I always knew that I didn't want to be a clinician. I didn't know I wanted to do research—actually, I thought I was going to work with children with autism. But during my senior year, I guess the end of my junior year, I was working on my independent research project with Frank, and he was like, “You're really good at this. You should consider doing research instead,” and I thought, “That's an option?” I didn't even really understand what professors did or anything. So he kind of put me on the trajectory of doing research.

What is the research project that you are undertaking now?

It's kind of complicated. Basically, I have two undergraduate students coming in, and they're going to wear mobile eye-tracking systems. This system allows us to track where they're looking in the real world. They can move around the entire space, and I can see if they're looking at a wall or looking at their friend or looking at whatever. And at the same time, it not only tells us where they're looking, but it collects their personal worldview. We're collecting that worldview while these friends have a conversation with each other about something that they're really excited about in their life right now or something they're really worried about in their life right now.

And then I'm going to take the worldview videos with all the eye-tracking information on top of them, and show them to them in the scanner. So we'll do Functional Magnetic Resonance Imaging (fMRI) while they're watching these clips of positive and negative interactions talking about things that they're excited about or worried about with their friend, and I'll be able to examine how different parts of the brain are conducting during this.

Usually other projects rely on static images, like a happy face or an angry face, and this is as close as I can imagine getting to, with the technology right now, actually having them process a real-life social interaction.

What does the NIMH National Research Service Award mean for you and your work?

This grant that I received will allow me to only focus on this project. And then in addition, the point of the grant is to receive training specifically. I actually haven't ever done fMRI before, so my focus is to learn how to do that. I get to do some special training with researchers outside of Penn State, so I'll be working with Dr. Johanna Jarcho at Temple University to study social neuroscience and Dr. Erica Forbes at the University of Pittsburgh to study clinical neuroscience. And in house, even though Koraly is my primary mentor and sponsor, she doesn’t have as much expertise in fMRI as other people, so I get to work with Michael Halquest who specializes in fMRIs and methodologies for analyzing fMRI data.

The grant releases me from having to do anything besides my own project and it provides me extra time to work with different people who are specialists in the area I'm trying to learn about.

Can you talk about how your time at Knox is reflected in your work now?

One of the things that was the best for me about being at Knox was how strong a writer I became. Having been at these larger institutions now, I am regularly shocked at seniors who have never written a paper. They take Scantron [multiple choice] tests, and they don't even have essays on their tests because there's just so many kids in the class that nobody has time to grade them. So for me, the fact that writing is so strongly expected and encouraged from day one was huge. Writing a grant, like I just did, is a humongous undertaking. It's scary and giant, and I don't think that without that kind of a background in writing, I would have been as competent in accomplishing that goal.

And then on top of that, I also really appreciate that Knox psychology is based in the sciences. A lot of psych programs don't focus as much on neuroscience and biology, and I think that would have been limiting for me in terms of my goals. So I really appreciate that I was able to take classes with Heather Hoffmann on behavioral neuroscience and to actually do stereotactic surgery on a mouse when I was, you know, a junior in college. That's kind of crazy.

And in line with both of those things is the smallness of the classes. If classes are big, you wouldn't be able to do these kinds of things. I have an appreciation that the faculty knew who I was, saw potential in me, and put me down this path that really allowed me to succeed.

Roz, who plans on a career in the medical field, was inducted into the prestigious academic honor society Phi Beta Kappa as a junior.