Since taking over the family's Galesburg restaurant, Elvith has made the business a success. 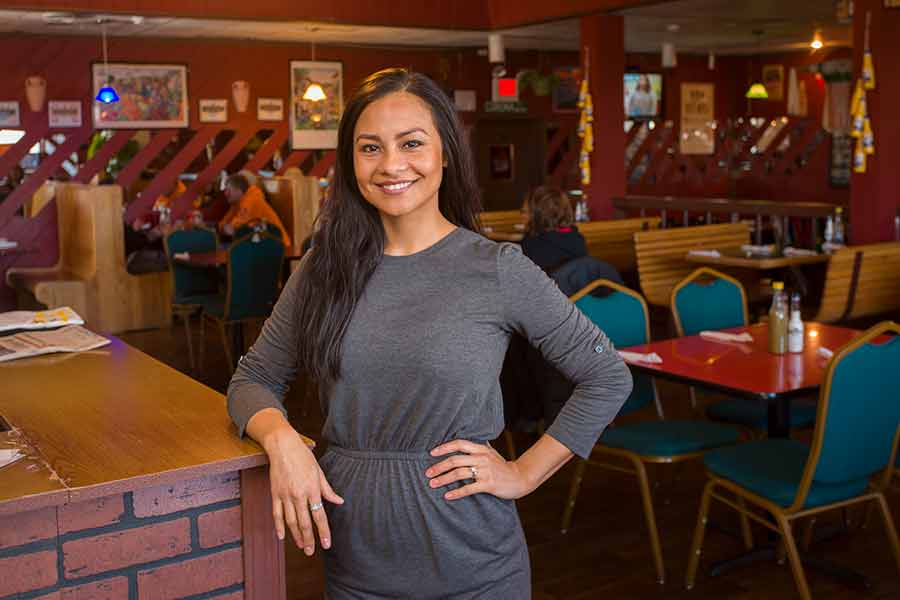 ​Elvith Santoyo '13 didn't plan on running a restaurant right after graduation, but then again, she isn't one to shy away from challenges. Right before her last term at Knox, Santoyo's father gave her the opportunity to buy Acapulco, a local Mexican restaurant which had been declining in business for some time. With years of experience working in the restaurant and a​ fresh college degree, Santoyo realized she could make it work. "I thought, I'll give it a shot," she says.

​Nearly five years later, Santoyo has more than made it work. She has improved business, introduced new ideas, and strengthened her relationship with the community. "I come from a family-oriented culture," she says. For Santoyo, family translates into community. The restaurant sponsors the local YMCA and area schools, and Santoyo attends community events​ whenever possible. She sees the ways Galesburg is striving to be better, how residents are coming together to offer better opportunities, and she wants to be part of that.

"Acapulco plays a big role within the community, because every person that walks in the door is someone we've served in some way." Santoyo's community involvement began at Carl Sandburg College and Knox, where she was part of the George Washington Gale Scholars Program, a partnership between Knox, the local school district, and Carl Sandburg College that encourages higher education and community service for academically promising first-generation and financially eligible youth. Through the program, Santoyo attended two years at each college, earning her bachelor's in economics and a minor in business psychology.

So what's Santoyo's next big move? A move downtown. Santoyo has already purchased a building on Simmons Street, formerly known as the Carriage House, which will offer more foot traffic, better parking, and the chance for Acapulco to be a part of downtown's growing community. Although the new project has experienced a few bumps in the road, Santoyo isn't ready to give up.

"We're still chugging along," she says. She hopes to start construction within the next few months, and, potentially, have the building ready by the end of the summer.

Emily's teaching and research experience have helped prepare her to teach abroad in South Korea through a Fulbright Fellowship.

Major in Asian Studies, Minor in English Literature and Linguistics