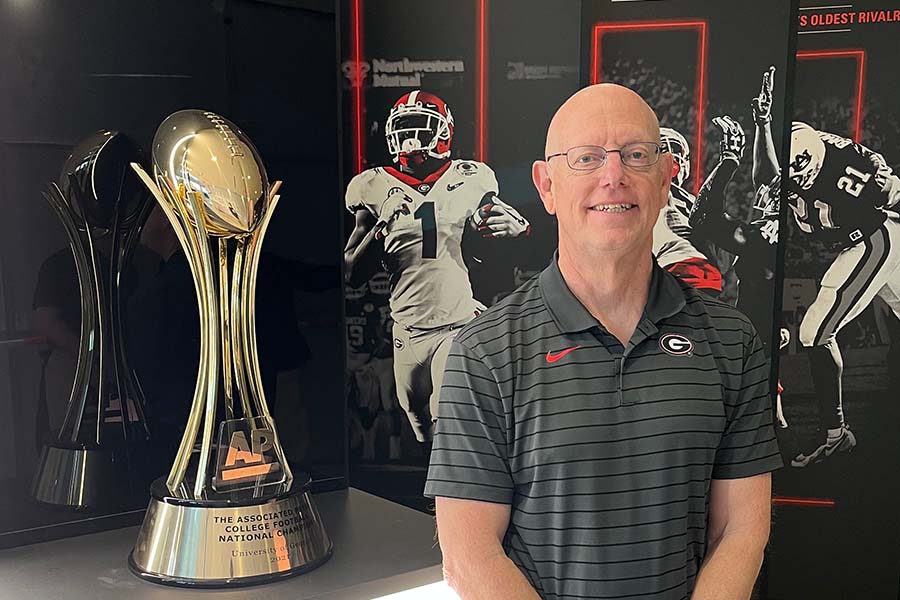 Did Knox play a role in your decision to become a physician? If so, how?

Yes. Knox helped me to develop a strong science foundation that assisted me in graduate school and medical school.

More broadly, how would you say that Knox has affected your life?

Knox taught me to be an independent thinker.

Can you discuss any especially impactful professors or experiences from your time at Knox?

Billy Geer and Eugene Perry were two biology professors that influenced me greatly. They challenged me to improve my scientific thinking, and they prepared me for a career in science/medicine. I was on the wrestling and track teams at Knox, and that participation and my lifelong involvement in sports influenced my decision to go into sports medicine.

Please talk a bit about your role as head team physician for the Bulldogs. How did you end up in that role, and what are your responsibilities?

Prior to coming to UGA, I was in private practice and was the team physician at Clayton State University and Georgia State University in Atlanta. A friend recruited me to come to UGA in 2003. I am the primary care team physician. For football, I attend practices, and am on the sidelines at games treating medical conditions—for example, concussions. I also work with many other teams at UGA, treating the athletes and covering the games. I also have a busy office practice at the University Health Center, where I see athletes on a daily basis for illness and injuries.

Tell us a little about the experience of being part of a national championship team. What were some highlights?

I just completed my 18th football season at UGA. I have been involved with some heartbreaking losses including the national championship game following the 2017 season to Alabama in overtime. To finally win the game and beat Alabama was an incredible feeling. To watch this team of players who worked so hard to reach the ultimate prize was gratifying. I was so happy for the outstanding young men on the team, some who had to overcome significant health and injury issues to play. It takes many parts all working together to accomplish a goal the size of winning a national championship. Fellow Knox alum Todd Monken '89, our offensive coordinator, was part of the team. After beating our rival Georgia Tech, I told him, “Just like beating Monmouth,” and he laughed.

Work hard, stay focused, be prepared to face adversity in your life, and take it on. It makes your accomplishments all that much better. Enjoy life! 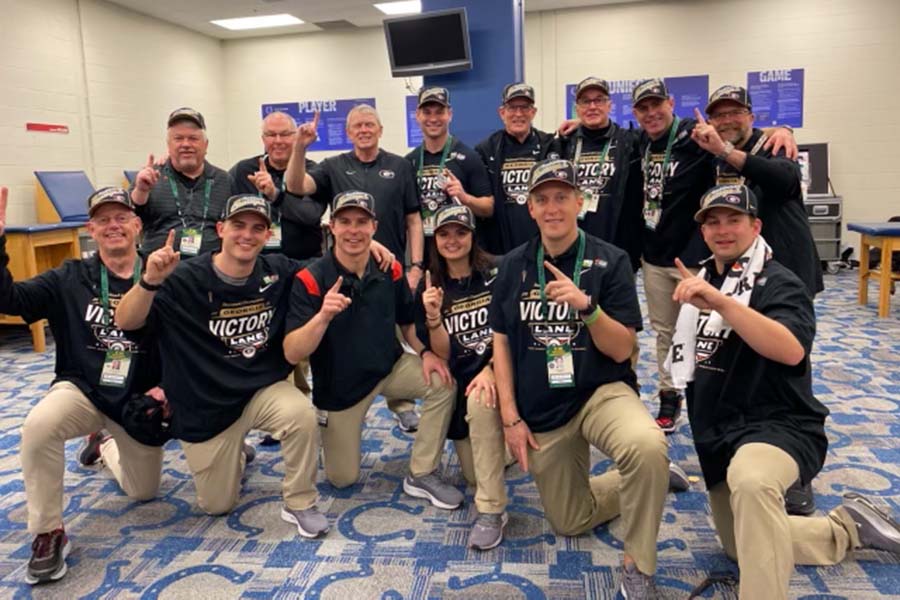 As a teacher, researcher and writer, Thomas specializes in assessment and treatment of high-IQ individuals with attention disorders.