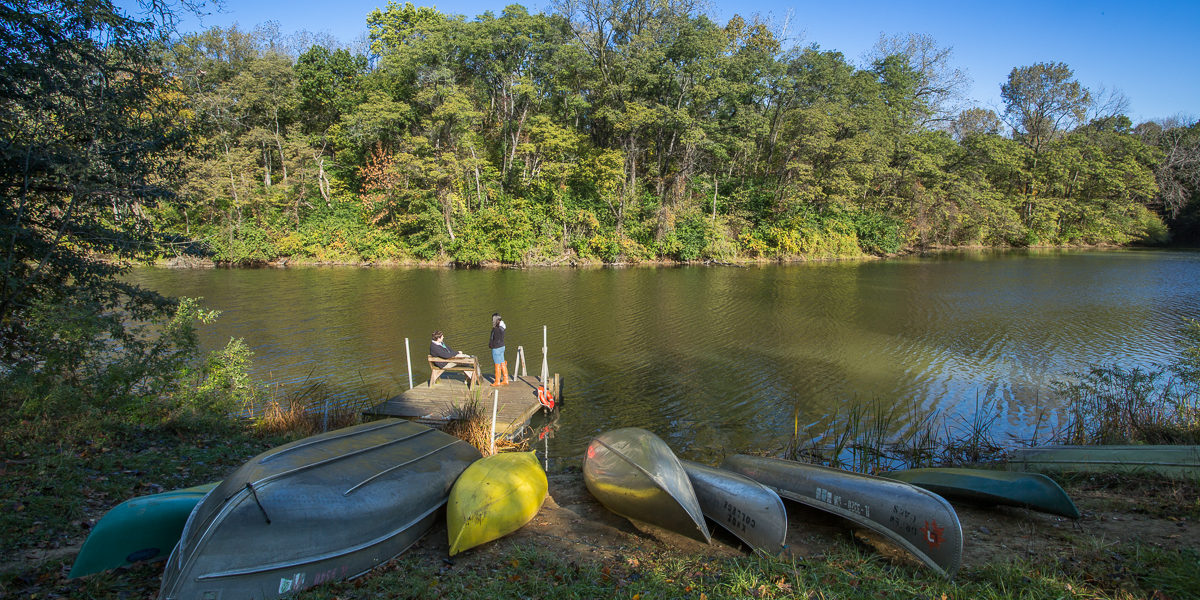 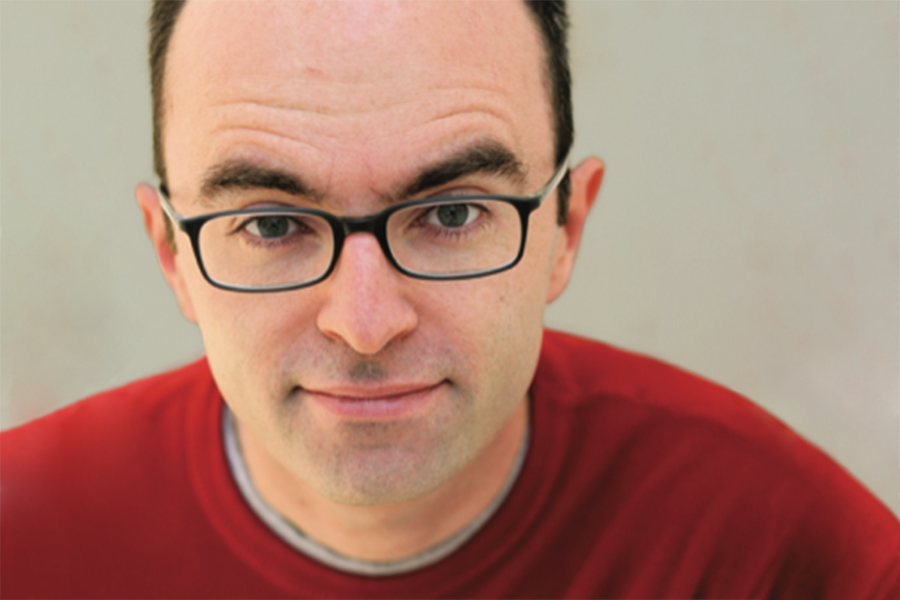 It seems fitting that Phillip Mottaz ’98 got the idea for his mystery novel, The Murderous Haircut of the Mayor of Bel Air, while sitting in a barber’s chair.

“As the stylist was asking what kind of cut I wanted, I realized I wasn’t telling her directly,” said Mottaz. “I thought 'Wouldn’t it be great if she could just know by touching my head?' Then I got really paranoid and thought, ‘What if I were thinking of something terrible?’ Then I thought, ‘What if a murderer were sitting here?’ ”

Mottaz exited the salon without sharing any of his murderous musings, but the kernel of a character remained with him. His first mystery novel introduces Danica Luman, a psychic barber who can see into her clients’ minds simply by touching their heads. Mottaz is nearing completion of the second novel in the series, with plans to continue after that.

An English writing major, Mottaz primarily wrote plays while at Knox. After graduation, he moved to Chicago and studied improv and sketch comedy. When he moved to Los Angeles, he worked for a group of popular YouTubers who had created their own channel. Later Mottaz took a position as a systems analyst for a healthcare company.

“Knox is a liberal arts school and it teaches you how to learn a little bit about a lot of things,” Mottaz said. “The confidence you get from doing a bunch of things means you learn that if you start to work at something, you can learn how to do it and do it pretty well. I had temp jobs in Chicago and L.A. and found out that I learned enough about processes, Excel, and math in order to find out what’s not working in a system. I’m not usually the person who fixes it, but I find the person who can.”

He fuels his passion for creative writing early in the morning when his wife, Rachel Michalski Mottaz ’99, and 12-year-old son, Henry, are getting ready to go to school. (Rachel teaches at the school where Henry studies.) Phillip also takes advantage of lunch hours to work out plots and novel drafts.

His second novel draws on his experience with the YouTubers. “Danica returns to town, having survived the trauma of the first mystery. She takes gig work in the YouTube video/production world and while doing makeup, she sees something disturbing in someone else’s head.”

The books are self-published, which allows Mottaz to exercise his creativity in any way that pleases him. “I can move at my own pace and spend time on the things that I want, and get the novel as good as I want to get it.”

His Knox experience allowed him that freedom to play with his writing. “I did so many things that I didn’t think I was going to do when I was at Knox,” Mottaz explained. “I enjoyed writing, did theatre, was in Rep Term, and hosted a radio show. I dabbled in every little world. I’m sure I pilfer some of that for my books, especially in how I mix up different people and create conflict.”

And the series about the stylist sleuth will continue. “I’m in it for the long haul. I enjoy doing this and I think I am going to keep doing it. Of course I would love for everyone in the world to buy my book, but a more realistic goal is to get people to read it and share reviews. Even if it's just ‘Liked it–4 stars,’ that's great. Reviews on Facebook, Instagram, GoodReads, etc., are one of the best ways to help an independent author.”