Brad began working for Senator Durbin as a Knox student, and his internship became a full-time job after graduation. 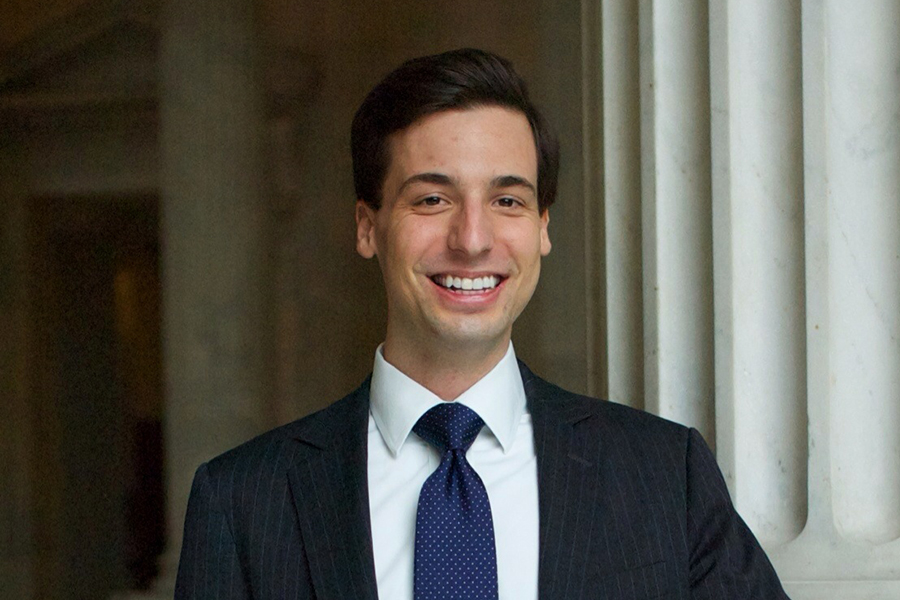 What do you do as a legislative assistant?

I am the lead policy staffer on education issues. I am responsible for advising and advancing the Senator's policy agenda related to these issues. I meet with advocacy groups and education policy experts. I research and write legislation for the Senator to introduce and work with other Senate offices and outside groups to garner support for those legislative initiatives.

Why do you find this work so appealing?

While dealing with the current partisan atmosphere of Washington can be frustrating, this job affords the opportunity to make real change and to be a part of history. Writing a piece of legislation that gets introduced in Congress is incredibly fulfilling. Passing a piece of legislation is even more so. I worked on a bill for three years that the Senator introduced to help prevent child marriage in developing countries. After many roadblocks and even a heartbreaking defeat in the House of Representatives, we finally passed the bill last year.

How did your Knox experiences (in and out of the classroom) help you get where you are now?

My advising sessions with Professor Seibert helped me plan a path to get a job in public service in Washington D.C. after graduation. Knox's partnership with the Washington Semester Program allowed me to spend a semester in D.C. interning in Senator Durbin's office, which allowed me to make the connections that helped me get a job here after I graduated. In addition to my studies in the classroom, lessons learned as student body president during a particularly contentious year for campus politics, have served me well in my current role. It taught me how to navigate difficult issues filled with strong personalities and how to take criticism.

Sadie studied in the Netherlands, Poland, Germany, and the Czech Republic while also pursuing independent research.

Major in Gender & Women's Studies, Minors in Journalism and Dance