Majors in Economics and Psychology

While studying abroad in Sweden, Joseph was able to witness the Northern Lights, sail in the Baltic Sea, and picnic on the Archipelago Islands. 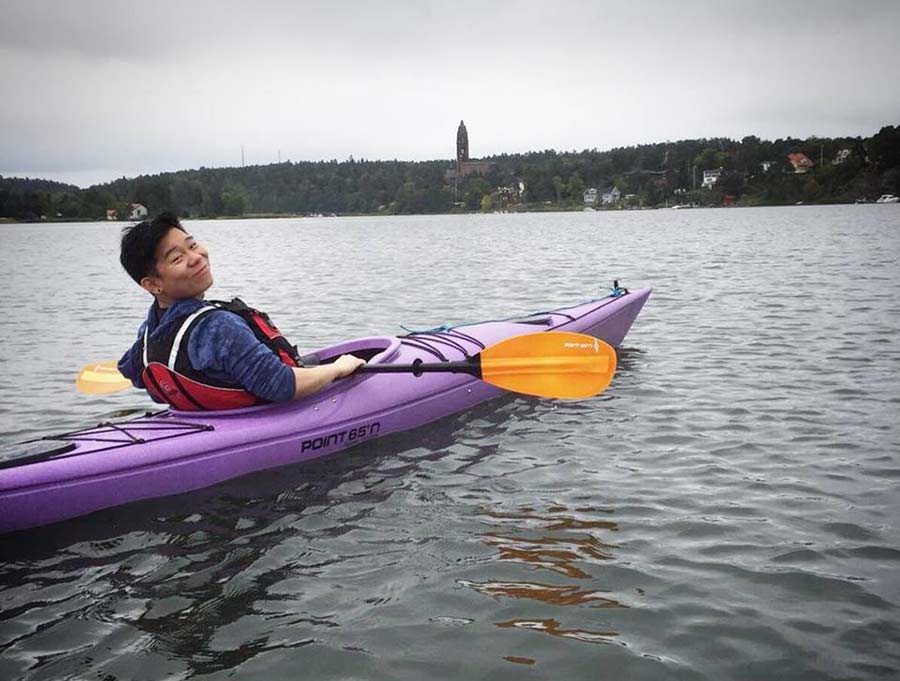 Apart from being one of the happiest countries in the world, Sweden is also known for being one of the most progressive countries in the world. Through DIS Stockholm, I had the opportunity to experience that way of life for four months. As an international student from Malaysia, Knox had opened up my eyes in so many ways. However, my time at Knox only left me wanting more: to have more life experiences, to feel more excitement about life, and to learn more perspectives about the world. Sweden was my golden ticket to doing so.

During the first few months after first arriving at Knox, everyone asked if I had experienced any culture shock. To their surprise, I said no. Though I was surprised by the large meal portions in the US, I held the belief that people around the world are essentially the same. While abroad, I realized that the truth is, every single individual is different in his or her own way, and this is apparent in every culture I have lived in. Knox taught me to stop generalizing, and start viewing each individual for who he or she may be. Keep an open mind about everything! You never know who you're going to meet and what their life experiences may be.

What were some highlights while you were abroad?

I applied to stay with a host family during my time studying abroad, and it turned out to be the best decision I have made. Not only have I become close friends with my host parents, I also lived my life in Sweden as a local. As a result, I witnessed the Northern Lights, sailed in the Baltic Sea, and picnicked on a one of the Archipelago Islands. I even got the chance to travel to Florence, Milan, Rome, Athens, Budapest, Prague and many, many other places.

What surprised you about study abroad?

The travelling. I knew it was going to be amazing, but you've got to do it to really experience the truth of how great it is. Being a Greek Mythology nerd, I felt like a kid in a candy shop when I travelled to Greece. Being at the Temple of Zeus and Parthenon left me breathless. The chance of experiencing all of that with newly made friends bonded our friendship even more. My favorite place in the world by far would have to be Piazza Michelangelo in Florence.

Photo Above: Joseph visits Saltsjobaden, Stockholm and kayaks on the coast of the Baltic Sea.