Majors in Creative Writing and Theatre

Jaclynn is an award-winning freelance director and teaching artist who was recently named as a Fellow at the Tennessee Playwrights Studio. 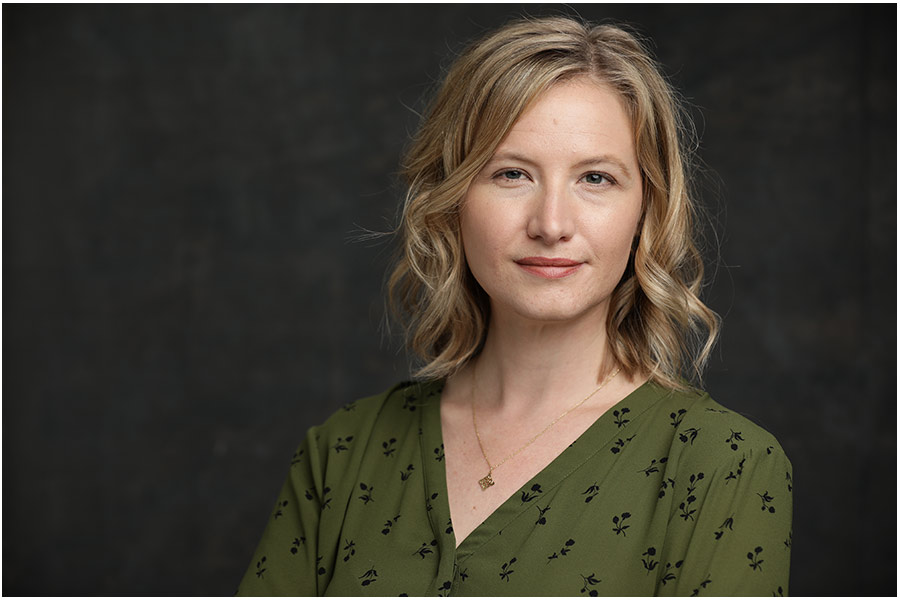 Why did you want to go into theatre?

I would just call it following something that I loved. My senior year I studied abroad with IES in London. It transformed the way I thought about theatre and the fact that one could have a career doing it. I think that was the first really important step.

Then throughout my 20s, I had a really meaningful job working at the Environmental Law and Policy Center. I think being involved and getting a firsthand look at politics was pivotal. While I was there, I felt that I was seeing people who were the very best at what they did. As the job grew, I needed to make a decision, which was to go into nonprofit or policy work and follow my interest in politics, or continue to do theatre work, which I had been doing on the side. I felt like the thing that I was the best at was directing plays, so I decided to pursue the latter route with my fellowship at Northwestern.

Why did you decide to direct? What do you enjoy about it?

In theatre, you can make worlds come to life. I think in many ways, that is still what compels me to do theatre, even though I think my interests are still informed by my work that I did at that political organization. The way that creating a reality can enable us to step in and stop, and reimagine the world that we're in, and perhaps even transform it in some way.

Why did you start teaching? What do you enjoy about it?

I love teaching, which surprised me. What I find inspiring are the students. I think all of us are artists, and I think there are skills I have from 25 more years of experience than my students. However, some of the skills students are bringing to the table now fascinate me. Students have better technological skills because they grew up with them. An artist is an artist, whether you're 10 or you're 43 or you're 21. I like teaching because in many ways you're touching the future, but I also just like working with artists, and you're constantly discovering new things when you're working with them.

I have been teaching full time since I moved to Nashville in 2014. I've been the head of a directing program here. I taught theatre history last year at Middle Tennessee State University. I think that the historical lens has been very important to who I am right now as an artist.

What will you do as a fellow?

I just submitted my first 25 pages, which are acts one and two of a five-act adaptation that I'm doing of Susanna Centlivre. She wrote The Basset Table in 1705. I feel that The Basset Table has a really interesting set of characters. It's a play that talks about the role of class and gender in relationship to power in 1705, so I'm interested in doing a postmodern adaptation, but add in sexuality and race. It has one foot in 2022, and one foot in 1705. I'm working on this adaptation with the Tennessee Playwrights Studio, and I'm working on it in terms of both the director and a playwright.

What excites you most about your fellowship?

I'm excited about being in the room with the artists. Part of the reason I was interested in doing this is because I wanted to invite actors to read the play. Then I realized that there's a really talented group of people in Nashville who are already doing that, and I can get their thoughts and expertise on the play. I’m excited to be in the room with other talented artists whose work I know. I think very highly of them and respect them, as I respect the people who are running the theatre company. It's a great opportunity to connect with people. It's going to be all on Zoom, so I'm eventually hoping this play is picked up by a theatre in Nashville, and perhaps by a theatre elsewhere in the country. This enables me to work nationally on the project. It's all going to be done virtually, so I'm excited about that.

Do any people or opportunities from Knox stick out to you as particularly impactful?

The basis of my background in playwriting is really from Knox. I was a double major in creative writing and theatre, and my interest was playwriting. I even dabbled in screenwriting and television writing before really deciding that directing is where I am most comfortable. Even now, the way that I'm working is still as a director, and the fact that I'm collaborating and writing pages and reading it constantly still feels like the director side of my brain is happening versus me just alone in a room. I think my background with Knox has prepared me for this fellowship. Liz Carlin Metz, the Smith V. Brand Distinguished Chair in Theatre, has been a pivotal mentor in my career. I know she'll call me a colleague now, but she'll always be a mentor.

What brought you to Knox?

I was actually interested in pre-med. I knew Knox was a good school, and I think I wanted a small, private, liberal arts school but I didn't know how to articulate it at that age. It was also a place where I could get a creative writing and a singing scholarship. Knox had the creative things, like theatre, that I wanted to do, which at the time I thought I was just doing for fun. It didn't occur to me that I could work in theatre. It felt like I could do theatre at Knox. That's what appealed to me. I also think it seemed like a place of great intellectual rigor, and I was very hungry for that.

The ability to learn something new provided Brett Zinter with unexpected career opportunities.

Majors in Biochemistry and History