Heidt has worked extensively with students in his research of photographer Mario von Bucovich. 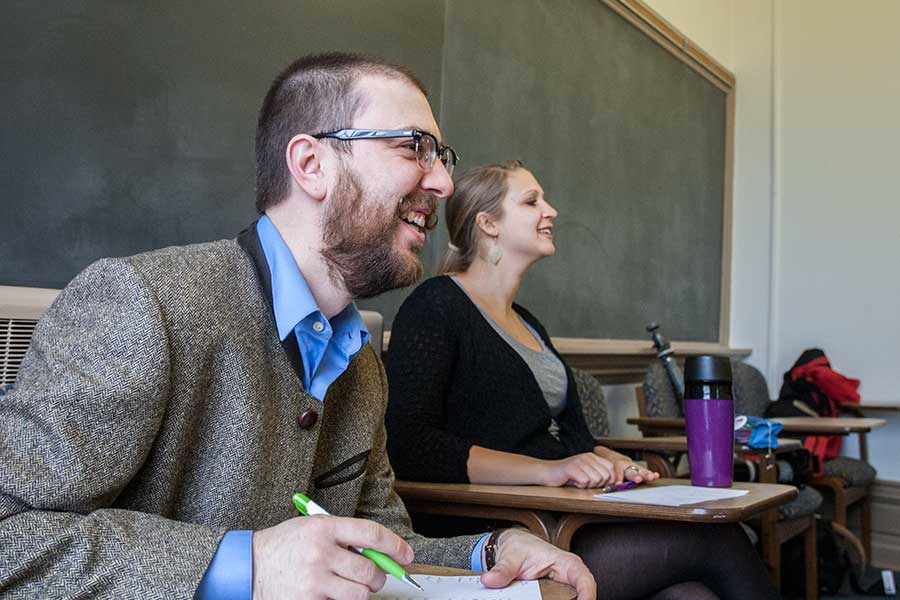 My main area of research focuses on media, narrative, and self-referentiality in film adaptations during the interwar period in Germany known as the Weimar Republic (1918-1933). My work focuses on the manner in which literary and filmic works tell stories, while simultaneously drawing attention to a performative and self-referential act of narrating encoded in text, image, and sound. I am also researching the life and work of Mario von Bucovich, a photographer born in the Austro-Hungarian Empire in the late 19th century. Last, I am co-editing a filmography of German cinema from 1895 to 1945. The volume will contain roughly 100 encyclopedia-style entries on films produced in Germany, situating each film in his historical and film historical context.

How do your students impact your research?

In the past few years, I have worked to include students in my own research very directly. Students have been key to my work on Bucovich. Nick Tolman '15 aided me in research and created an interactive Google Earth plug-in to help me dig through the piles of archival material I had collected on Bucovich. Nick also conducted his own research to help contextualize Bucovich's family and upbringing. Bucovich's father was a Naval Officer, but I know very little of military history or culture from the late Habsburg Empire. Nick researched those topics and taught me about them. One of the most fulfilling moments of this collaboration was seeing Nick present (in German!) his findings and the interactive Google Earth plug-in he created at the Illinois Wesleyan Undergraduate German Research Conference in Spring 2014.

I think I would be a baker or a brewer -- two hobbies I love.

Du's research focuses on cross-cultural interactions between China and the West during the 1930s.