Major in Computer Science, Self Designed Minor in Renaissance and Medieval Studies

Emily is pursuing a Ph.D. in computer science at the University of Illinois at Urbana–Champaign 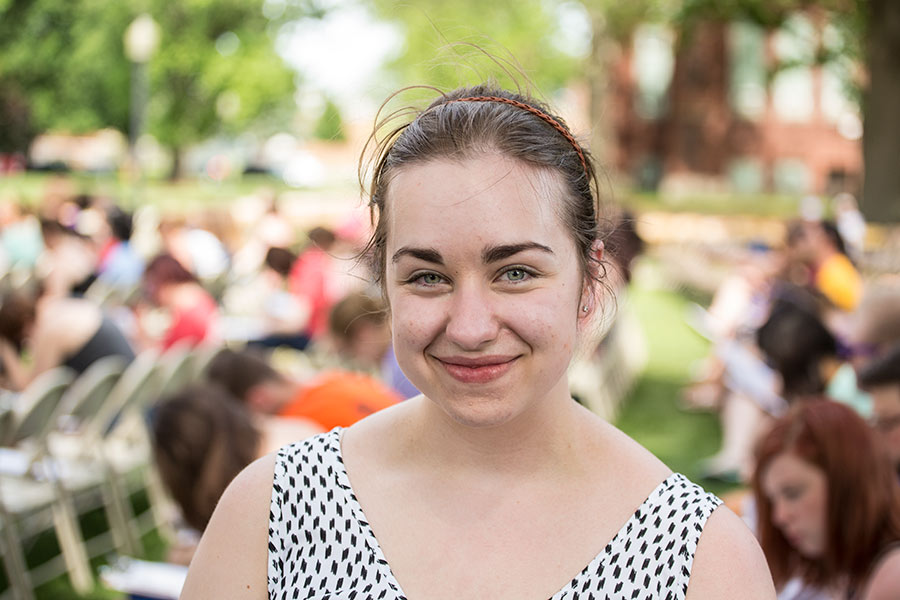 What led you to apply to graduate school?

I participated in a lot of research projects over the summer with Professor David Bunde, and then with Jaime Spaicco, later, that were really interesting and led me to believe that I enjoy research. T.A.ing was also a really big part of my decision. I've decided that I probably want to teach at a college like Knox. Being able to help the students is a great experience, especially since computer science has a huge gender imbalance. Being able to help some of the female students feel confident to keep going was a real passion of mine.

Can you talk a little bit more about the research you conducted with Professors Bunde and Spaicco over the past few summers?

I worked with Professor Bunde my first two summers at Knox. For the first project, I partnered with Anda Xu '15 as we investigated the recently developed Dragonfly topology for supercomputers. My work on this project was eventually included in a paper Professor Bunde submitted to the IEEE Cluster 2015 Conference and was published in the conference's proceedings.

I spent my third summer with Professor Spacco and Michael Gerten '16 working on a project I had proposed for the ASSET program, which we called Knoxcraft. It's a mod for the game Minecraft that allows students to learn to write code by using it to build structures in the game.

I basically always knew I was going to go to Knox. I'm from Galesburg, and my dad, Professor Kevin Hastings '76, went to Knox as an undergrad, and now teaches in the mathematics department; he also served as registrar for a number of years. Because of this, I really grew up around Knox; I remember playing hide-and-seek behind the file cabinets in the registrar's office, and climbing trees on the CFA patio. We have pictures of me at my first Knox graduation at three months old. It always seemed like a place I belonged, and nowhere else I visited when researching colleges felt quite right. It hasn't disappointed; it's a quirky, welcoming place, and I'm very happy with the education I received here. 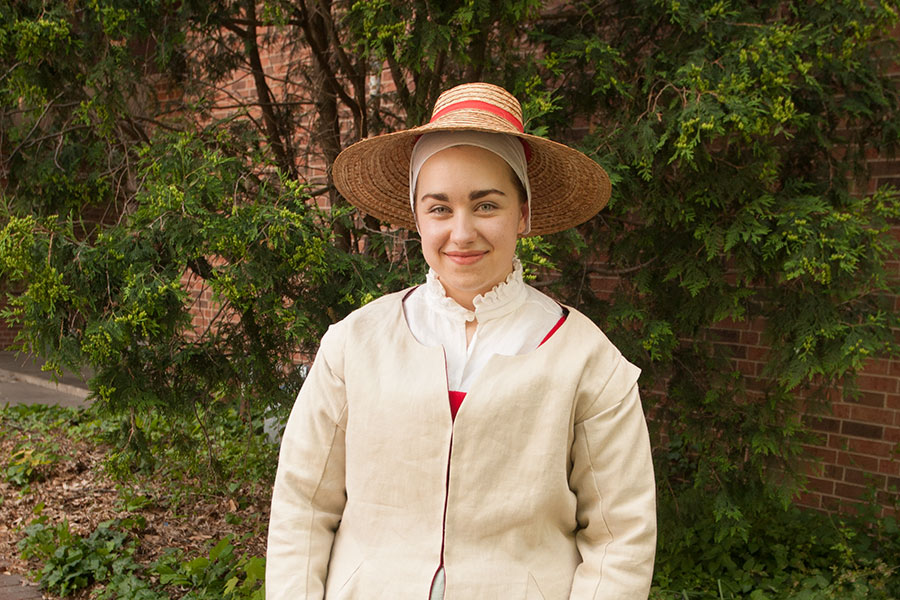 Tell us about a memorable class, experience (immersive term, study abroad, research, clubs, athletics) that had an impact on you?

There are really two memorable experiences that I think had a big impact on me, one related to my major and one to my minor. The Software Engineering course was probably the most valuable part of my CS education. Over the course of the term, we worked as teams to build useful projects—my team built an app to help professors schedule their courses. We all learned, though, and collaborated, and were able to produce some really cool products.

The other experience was the costuming independent study I did with Professor Margo Shively my first year. I spent the term researching the dress of English noblewomen of the 1570s, and constructed an outfit based on my research using as accurate techniques and materials as possible.

How did your Knox experience influence where you are today?

My Knox experience really helped me in a number of ways. Not only did the excellent education I received prepare me to get into a great graduate program, but Knox also allowed me to explore my interest in Renaissance and medieval studies. I think one of the biggest benefits of liberal arts colleges like Knox is that students can explore really diverse disciplines and receive a very well-rounded education; this is why I'd like to end up teaching at a school like Knox someday.

Emily worked in the costume shop and as a computer science teaching assistant while at Knox. She was also an ASSET Research Fellow. Pictured above is Hastings wearing one of her costume creations.

After completing her MFA in Ceramics, Katie hopes to find opportunities to help young artists pursue their own work.