Rebecca co-founded a public school that gives low-income students access to an education centered on arts and social justice. 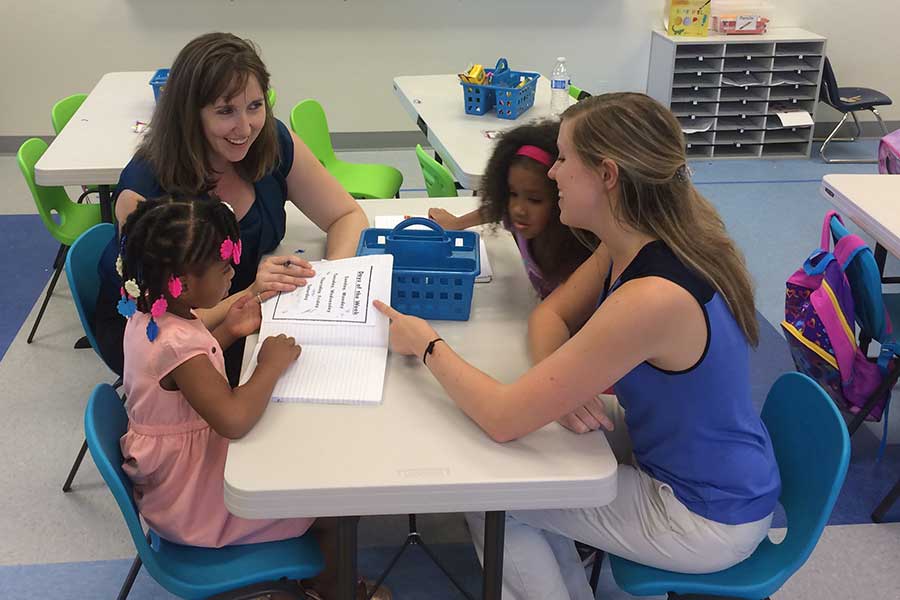 Can you give a brief overview of your life after graduating from Knox?

After Knox, I went to graduate school for four years. First, I received my Master of Arts in Spanish from the University of Oregon and then I received my Master of Fine Arts in Poetry from Eastern Washington University. After that, I got my start in education as a founding teacher in a start-up charter school in central Phoenix. Since then, I've worked as a teacher, leader, and community partner/activist in low-income schools around the valley.

Tell us about Create Academy.

For the past three years, I've been working with Angela Pinholster, co-founder and co-director of Create Academy, to build a school that would give low-income kids access to an arts-rich education steeped in social justice. Our school is a public school, and so everyone is welcomed, but we were inspired to create something that would specifically target and support kids who have been historically marginalized. Angela and I both taught in Title I schools, and we saw a need for our school's existence in Phoenix. We wanted this school, from the inside out, to right social wrongs.

You hired Knox grad Erin Smith '15 as one of your founding kindergarten teachers. How do you think Knox has prepared both yourself and Erin for this innovative teaching experience?

Erin came to Create Academy prepared to tangibly implement the complex pieces of teaching, as well as unpack and create arts-integrated and socially just programming -- both for our staff and our students. I credit Erin's training as a double education and music major at Knox College for her high level of ability now.

Likewise, I see my time at Knox as the foundational experience that led to Create Academy. At Knox, I learned how to talk about social issues, I learned with (and argued with) and loved people of diverse backgrounds, and I was pushed -- by incredible professors -- to examine and reexamine the society in which I lived.

Mohammad is a software engineering intern at a local nonprofit and has accepted a position as associate technical consultant for SAS Institute after graduation.