Grace's scholarly research brings diversity into the curriculum and productions. 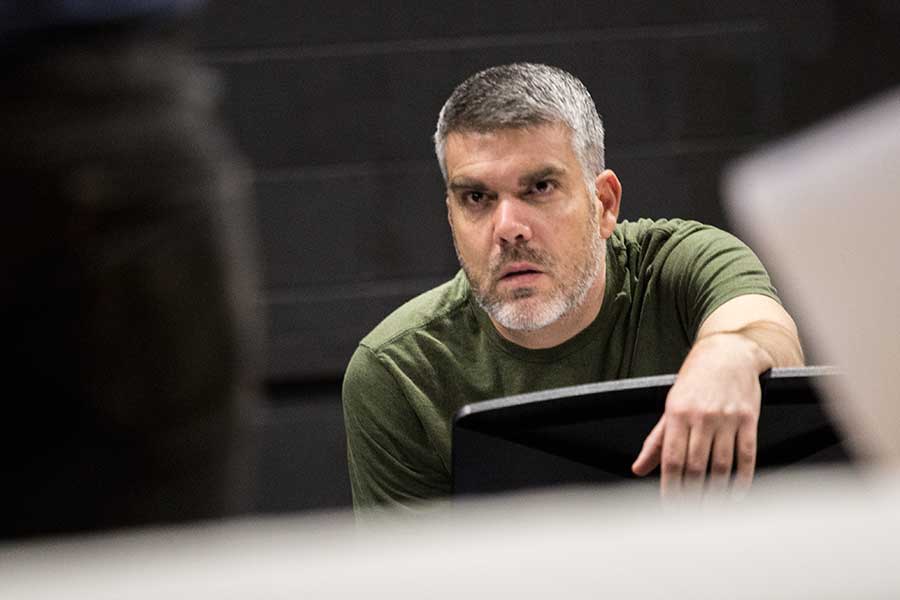 Grace joined the Knox theatre department in 2009, after earning his Ph.D. in theatre history, theory, and literature from Indiana University. He received an M.S. in education, curriculum, and instruction, also from Indiana, and a B.A. in theatre arts from Brigham Young University.

His teaching interests include theatre history, directing, American alternative theatre, gay and lesbian theatre, postmodernism, historical Off-Off-Broadway, rise of the modern director, drag narratives, and the performed body. His scholarly research, which examines representations of homosexual characters that occurred in plays presented at the Caffe Cino, a small New York coffeehouse theatre that pioneered the 1960s Off-Off-Broadway movement, impacts his teaching “by bringing a much needed element of diversity to both our curriculum and production work.”

Grace’s many directing credits at Knox include The Caffe Cino Project, Next Fall, The Caucasian Chalk Circle, Under Construction, The Serpent, and, as part of the 2016 Repertory Theatre Term, The Secret in the Wings. In 2012, he received the Philip Green Wright-Lombard College Prize for Excellence in Teaching.

Knox is a wonderful place to work because of the priority the College places on teaching. The most fulfilling moments of my job are witnessing my students grow through intellectual and creative work—and Knox’s dedication to promoting such growth has always been the main reason I’ve stayed. Additionally, the theatre department provides a variety of opportunities that aren’t available to faculty at other institutions, mainly, the immersive Repertory Term and the opportunity to teach AND direct.

What is your most memorable moment at Knox?

I have two very memorable moments that stand out: (1) Directing The Caffe Cino Project, which brought my research directly to our production season through the physical realization of a full-scale version of the Caffe Cinos, and (2) the humbling honor of receiving the Philip Green Wright-Lombard College award for Excellence in Teaching.

If you weren’t a professor, what would you be?

I’d probably still be a professor. The trajectory of my professional career has always been to teach—I’m very thankful to be doing what I love. If I couldn’t teach, the next most fulfilling aspect of my life is being a dad.

Major in Psychology, Minors in Neuroscience and Educational Policy