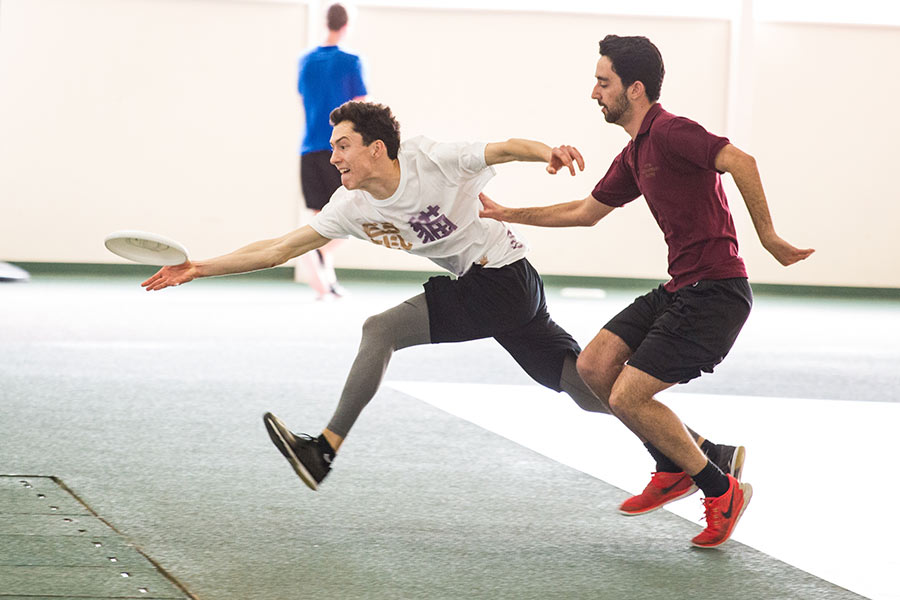 What is the ultimate way to spend a weekend in the winter? Playing lots of Ultimate Frisbee, according to the Knox Ultimate team and over 30 alumni who participated in this year's Winter Whiteout.

Since 1994, Winter Whiteout has been both a celebration of Ultimate and a weekend full of friendly competition. Parents, friends and faculty headed to the T. Fleming Fieldhouse on February 11-12 to cheer on current students and Ultimate players from past years.

In addition to the Knox Ultimate team and the Knox alumni, there were six other teams present at the tournament, including teams from Western Illinois University and DePaul University.

Will Ensign-Church ‘18 never played Ultimate before attending Knox. He now competes on the "A Team" and considers members of the club to be family.

"It's always a fun tournament," said Ensign-Church. "You get to play with your teammates and other teams here who are very nice. The best part is playing with alumni, and this year we're playing against alumni who we all know, and that's very exciting."

The tournament is held in commemoration of Natalie Veneziano, a 1998 Knox alumna and avid player who passed away from leukemia in 2004. 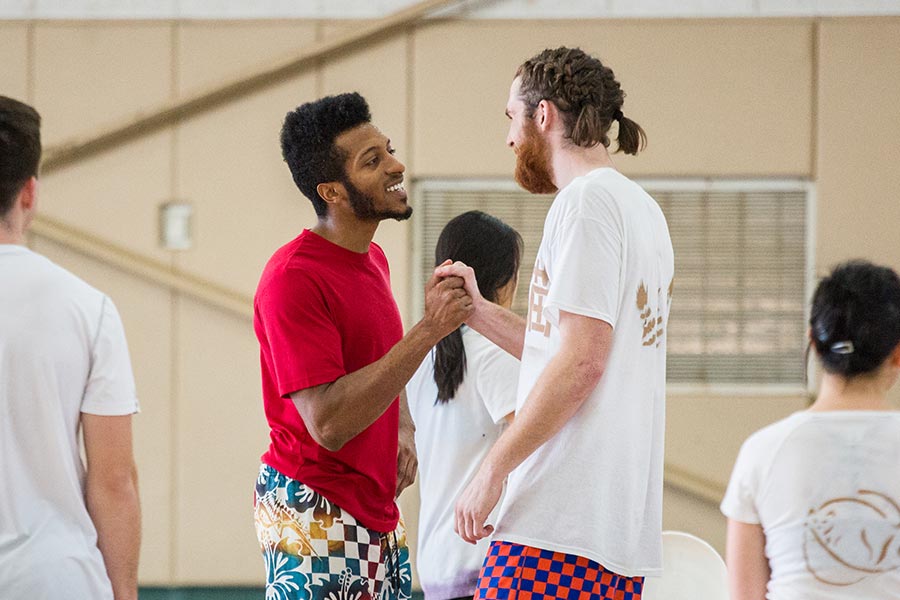 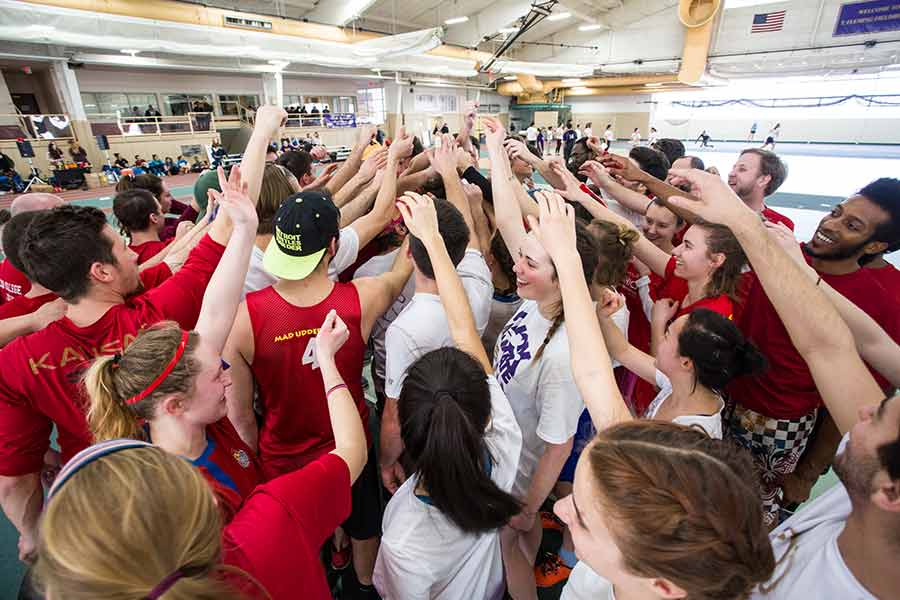 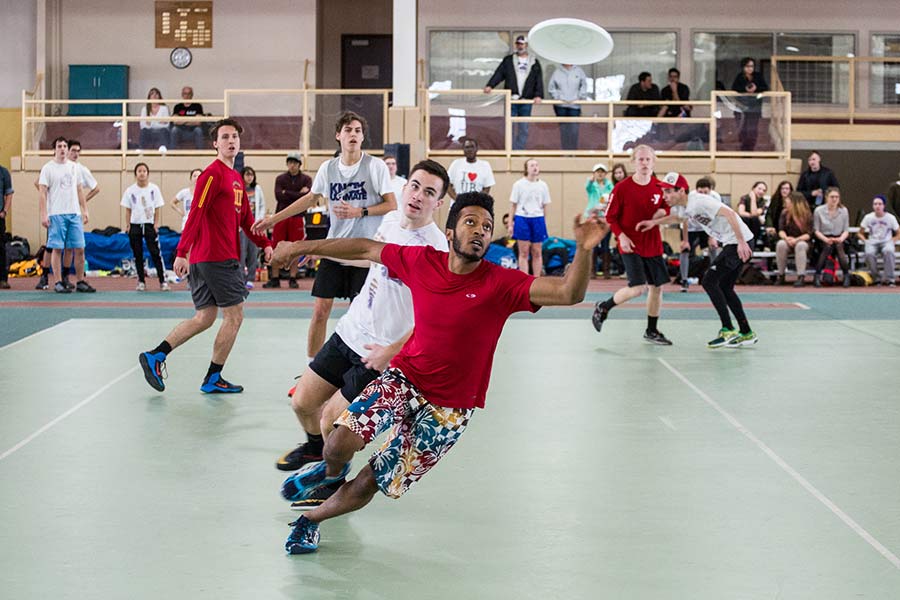 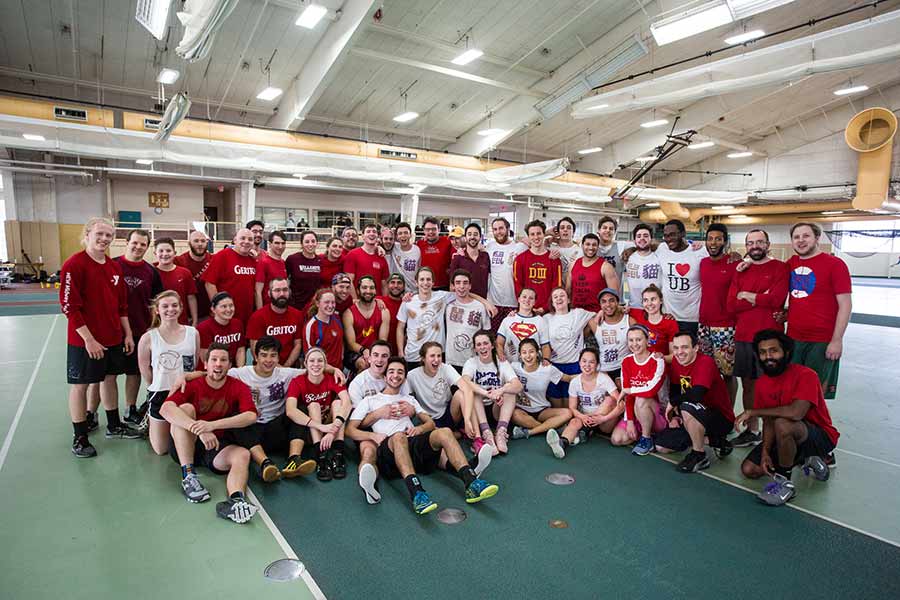 Many fans attended the tournament, including faculty and parents who traveled to campus to encourage the Knox Ultimate team.

"There's a great display of sportsmanship on the field. Everyone's in good spirits, and it's super fun to support our friends still at Knox and on the alumni team," said Greta Berger ‘18.

Tom and Lauren Surprenant visited for the weekend to cheer for their son, Ultimate player Matt Suprenant ‘17.

"We know a lot of the Ultimate Frisbee teammates that Matt's been playing with over the years, even some of the alumni. We came to support them as well," said Tom Suprenant.

"A bunch of them have come to eat at our house," added Lauren Surprenant. "It's like a big family."

Matt added that his favorite part about the tournament is the long-term connections made by the team.

"If I play on the alumni team, then I could play in this tournament for the next 10 years," said Surprenant. "We have to see what the future holds."

Alex Nimmer ‘09 and Dwight Johnson ‘13 played on the Knox Alumni team, which was defeated by the Knox Ultimate team. Nimmer has participated in every Winter Whiteout since his graduation eight years ago.

"It [the tournament] was always very special because as freshmen you hear the stories about the alumni," said Nimmer. "As an alumnus, the biggest difference is playing with people I've never met before."