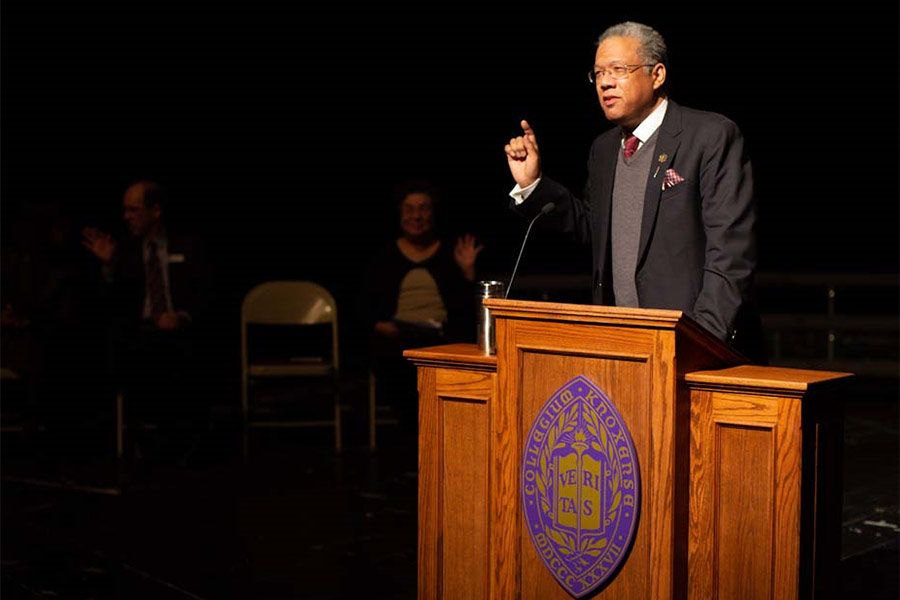 In a keynote address titled "MLK for 2020!", Burkhardt Distinguished Associate Professor of History Konrad Hamilton spoke of the importance of voting. If King were alive during this election year, Hamilton said, his message would be simple: "Elections matter. It matters who the president is. It matters who's in Congress."

The Knox College Choir, led by Professor of Music Laura Lane, performed "Woke Up This Morning."

Julian Wicks '19 read two poems, including "Dinosaurs in the Hood," by Danez Smith.