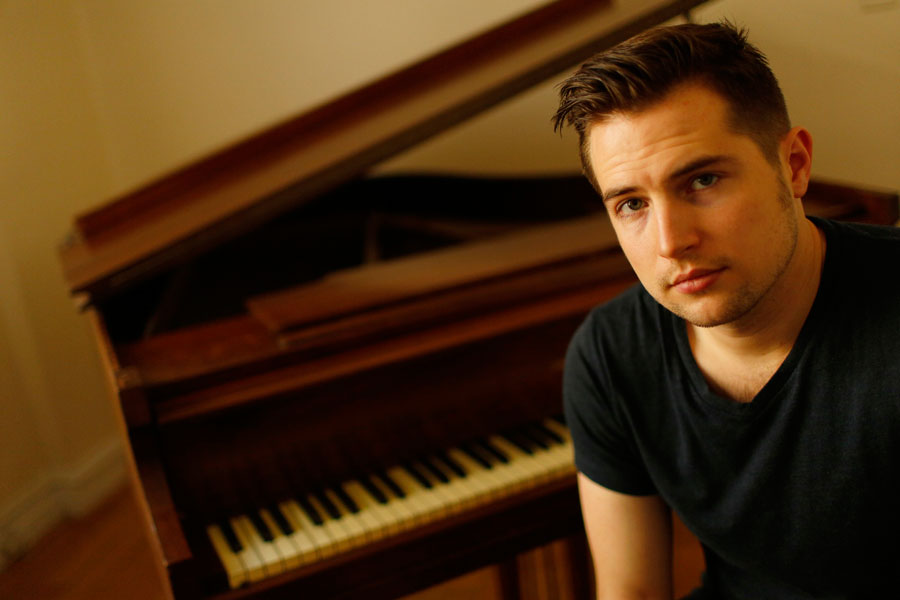 The performance, which is free and open to the public, will be in Kresge Recital Hall, Ford Center for Fine Arts, on the Knox campus.

"In Your Waking Eyes" will feature Mindeman and his ensemble performing original compositions based on the work of renowned poet Langston Hughes. Earlier on January 10, Mindeman will present a workshop that explores his approach to composition, improvisation, and what it's like to work with Hughes' words. The workshop, also free and open to the public, will be at 4 p.m. in Jay Rehearsal Hall, Ford Center for Fine Arts.

The compositions that will be spotlighted at the evening concert come from Mindeman's recent CD, In Your Waking Eyes: Poems by Langston Hughes. The 11 original compositions on the CD set Hughes' poems within the context of a highly original, contemporary, and progressive artistic voice. Inspired by West African musics, soul, and jazz, Mindeman brings Hughes' poetry to life within a musical space deeply informed by African Diasporic musical traditions.

"If you just read (Hughes' writing) out loud, it sounds like a swinging bebop line or a funky R&B melody or a blues melody -- that's one of the reasons it translates so well," Mindeman was quoted as saying in a Chicago Tribune article this year.

He added: "Also, (Hughes) himself spent a lot of time with jazz musicians. I found a great recording of him reading an hour's worth of his own poetry with Charles Mingus' band. ... For him, it wasn't only (about) the imagery and the words and the emotions but also the musicality of the words themselves and the sounds of the syllables."

More information about Stu Mindeman and the "In Your Waking Eyes" project is available at https://www.stumindeman.com/