Douglas L. Wilson, co-director of the Lincoln Studies Center at Knox College, has been awarded, for the second time, the Lincoln Prize, one of the most prestigious awards in the field of American history.

A renowned Lincoln scholar and long-time member of the Knox faculty, Wilson received the prize for his most recent book, "Lincoln's Sword: The Presidency and the Power of Words," published in November 2006. The Lincoln & Soldiers Institute at Gettysburg College awards the prize annually for "the year's best book on Abraham Lincoln and the Civil War." The prize includes a $50,000 cash award. It is announced on February 12, Lincoln's birthday, and formally presented in April.

Wilson's book looks at how Lincoln developed his writing skill and wrote many of his most famous compositions, including the Gettysburg Address.

Wilson, whose book "Honor's Voice" won the award in 1999, is only the second repeat winner in the 17-year history of the prize. Other previous winners include the 2006 recipient, Doris Kearns Goodwin; the only other two-time winner, Allen C. Guelzo; historians James McPherson and David Herbert Donald; and filmmaker Ken Burns.

"Lincoln's Sword" was selected from among 119 submissions. It examines how Lincoln kept notes and drafts, wrote, and repeatedly re-wrote his most consequential presidential writings.

Wilson's book is "the definitive analysis of the 16th President's steady and dazzling growth as a writer," stated Richard Gilder and Lewis Lehrman, the prize's founders.

Gabor Boritt, professor of history at Gettysburg College and chair of the Lincoln Prize Board, which made the final selection, praised Wilson's book as "probing, beautifully written and sharply argued." Gilder and Lehrman called it a "literary and historical achievement," and a "masterful book [that] will long hold a prominent place in Lincoln literature."

In an interview about his book, Wilson explained that he sought to show how Lincoln, starting as largely self-educated young man, developed into a masterful communicator. "There is no other book that I am aware of that sees Lincoln coming to the presidency as a life-long writer, a man who was in the habit of responding to both public and personal issues by writing," Wilson said.

"Looking at Lincoln as a writer is all the more interesting in that his skill with words, which we take for granted, was the last thing the public expected from him," Wilson said.

Wilson, who has written extensively about Lincoln and Thomas Jefferson, taught English at Knox from 1961 to 1997, and also served as director of Knox's Seymour Library.

"Doug was trained in literature, so he looked for things that historians hadn't seen," said Rodney Davis, professor emeritus of history at Knox and co-director with Wilson of the Lincoln Studies Center at Knox College.

Wilson also has "an acute historical sensibility," Davis said. Michael Burkheimer, who selected "Honor's Voice" for inclusion in the new book "100 Essential Lincoln Books," said Wilson's attention to detail sets him apart from other Lincoln historians. "Many simply copy what goes before without looking at original sources," Burkheimer wrote. Burkheimer also selected Wilson and Davis's book "Herndon's Informants" as one of the "100 Essential Lincoln Books."

As part of a series of Lincoln-related books, Davis and Wilson recently published a new edition of "Herndon's Lincoln," a biography written by Lincoln's Springfield law partner, William Herndon. They are currently completing a new edition of the texts of the Lincoln-Douglas debates. One of the debates occurred outside Old Main, the building on the Knox campus that houses their office. 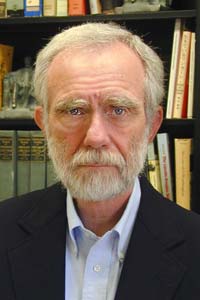 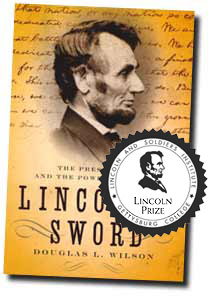