To Selma and Back: Alternative Spring Break 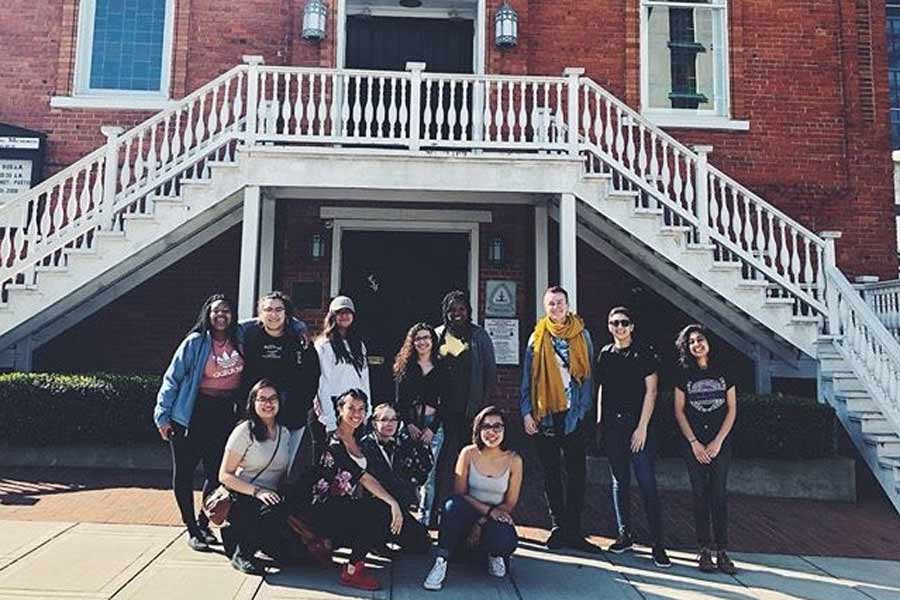 A desire to learn more about civil rights and social movements inspired a dozen Knox College students to travel to Tennessee and Alabama for their alternative spring break trip, "To Selma and Back."

Students visited museums and historically significant sites that played a role in the U.S. civil rights movement. Among the places they went:

The idea behind the trip was to "look at and investigate the civil rights movement and put a contemporary lens on it," said Tianna Cervantez, director of the Center for Intercultural Life. She and Becky Canfield, the center's senior administrative assistant, accompanied the students.

Students were able to participate in the alternative spring break trip, thanks to the generous support of Marcea Lloyd ‘68.

Yasmine Davila ‘19 said she wanted to go on the trip because she was intrigued about "making the connection between history and modern-day activism."

Niky Washington '20 wanted to go because she is an activist and is interested in social justice.

"I love constantly learning and especially with the social climate now, I'm trying to figure out ways in which I can look at our [American] history and use similar tactics that a lot of movements or activist groups have used to progress," she said.

Leslie Macias '19 viewed the trip as an opportunity to "go head first into history."

Students said what they saw and learned had a powerful impact.

Eden Sarkisian '19 recalled the group's experience on the Edmund Pettus Bridge. "We walked across while we were singing songs of freedom and civil rights songs," Sarkisian said. "It was very touching. It was very emotional."

The bridge, still in operation today, was the site of a violent confrontation on March 7, 1965, when police used tear gas and nightsticks against civil rights marchers. The march resumed two weeks later, with thousands of people marching from Selma to the Alabama State Capitol in Montgomery.

Sidney Talbott ‘18 said the intense nature of the six-day trip allowed students to bond together as they worked to process what they saw, learned, and felt.

All of the students said they'd highly recommended the trip to other Knox students.

"I think everybody should go because you never can learn enough," Talbott said. 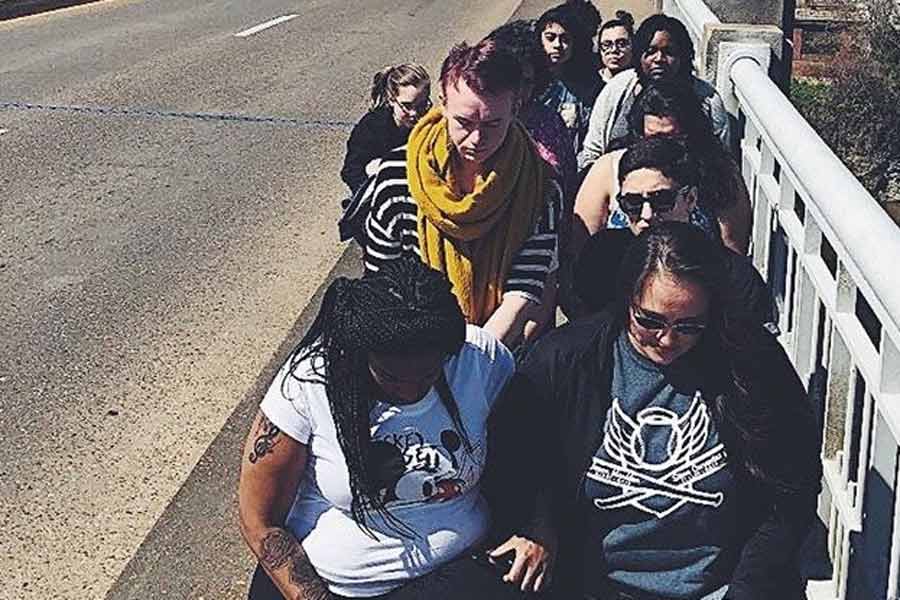 Students who participated in "To Selma and Back"