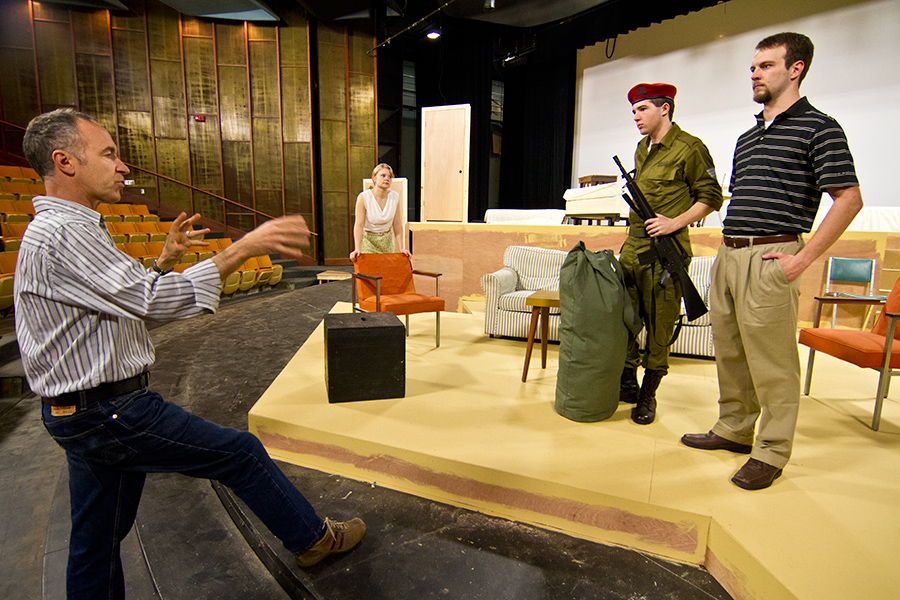 Knox College Theatre presents the world premiere performance of "At Night's End," by Motti Lerner, at 7:30 p.m. nightly, Oct. 31 - Nov. 3, in Harbach Theatre, Ford Center for the Fine Arts, Knox College, Galesburg, Illinois. Lerner, an award-winning playwright and screenwriter and the Glossberg Visiting Israeli Scholar at Knox College this fall, will join the cast and crew for a discussion with audience members following each performance.

Tickets are $10 for adults; $5 for senior citizens and Knox College alumni; and free to all Knox students, faculty and staff. Tickets are available at the door one hour before each performance, or by making advance reservations at 309-341-7472.

"The play is set very specifically in contemporary Israel, on a particular day, partway through a war, and yet the play is not about that conflict, it's about the effect of war on individuals and families," said the director, Neil Blackadder, professor of theatre.

"The play has received dramatic readings, but the Knox College production is the world premiere performance," Blackadder said.

Scene Shop Volunteers:
Michael Smid; Students in Introduction to Theatre Design and Technology; Students in Foundations of Drama and Theatre