"...created by the actors in the ensemble... includes live music and songs composed by one of the students on the production team" 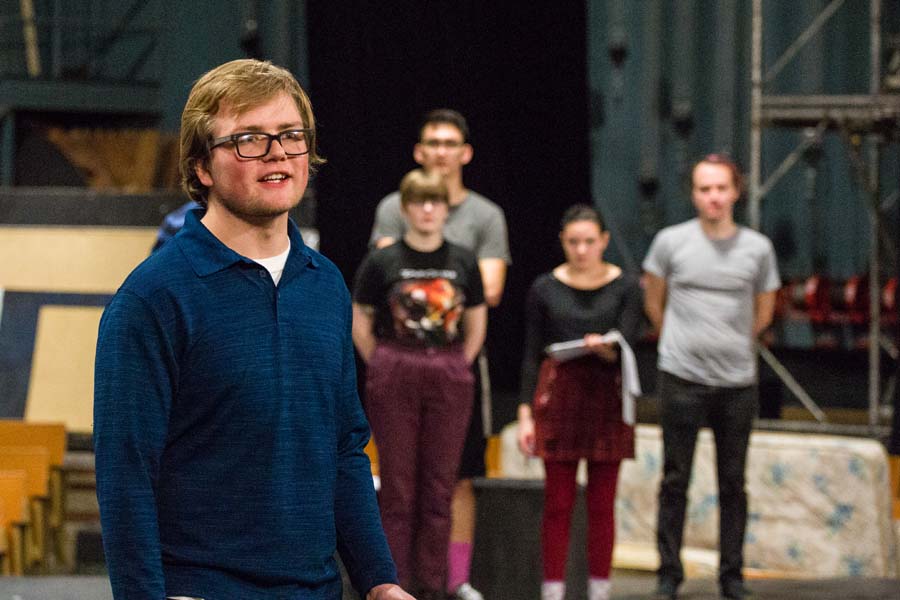 Knox College Theatre presents "The Learning Plays" by Bertolt Brecht, at 7:30 p.m., Wednesday, Feb. 21 through Saturday, Feb. 24, in Harbach Theatre, Ford Center for the Fine Arts. Tickets are $10 for adults, $5 for senior citizens and Knox College alumni, free to all students with school ID, and free to Knox College students, faculty, and staff. Tickets are available at the door one hour before each performance or by advanced reservation at 309-341-7472.

The three plays, written in the late 1920s and early 1930s, are performed by an ensemble cast and directed by Neil Blackadder, professor of theatre. The plays are "He who says Yes," "He who says No," and "The Exception and the Rule."

"Brecht intended these plays as experimental, and we've been experimenting with how to employ and enjoy Brecht's devices, especially the relationship between the actor and the character the actor is playing," Blackadder said.

"We have also focused on how the show is created by the eight actors in the ensemble. The play  includes live music and songs composed by one of the students on the production team," Blackadder said. "All of that collaboration is very much in the spirit of Brecht."

"'The Exception and the Rule' asks whether our actions should be guided by the rule, or whether we will remain open to exceptions to the rule," Blackadder said.

Above and below, in rehearsal, The Learning Plays, by Bertolt Brecht. 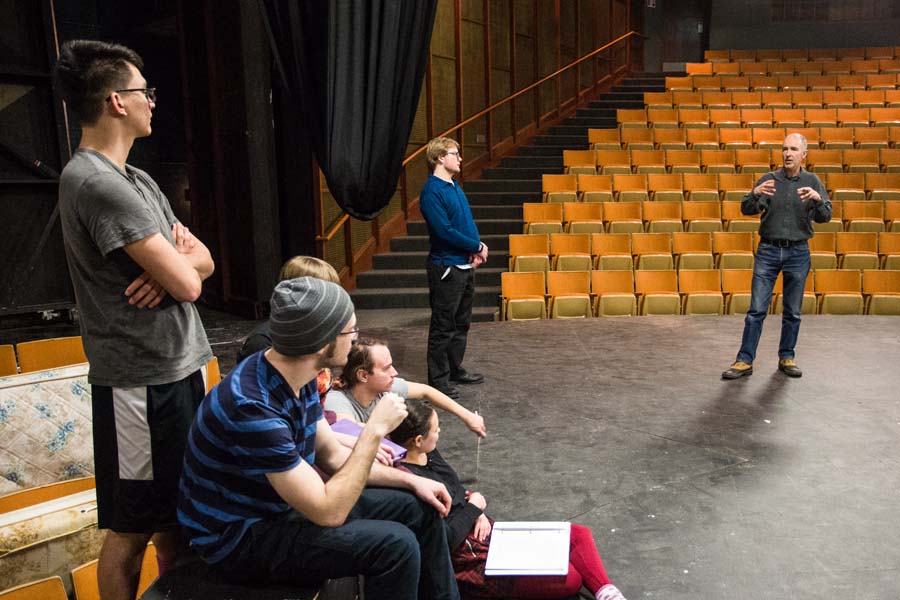 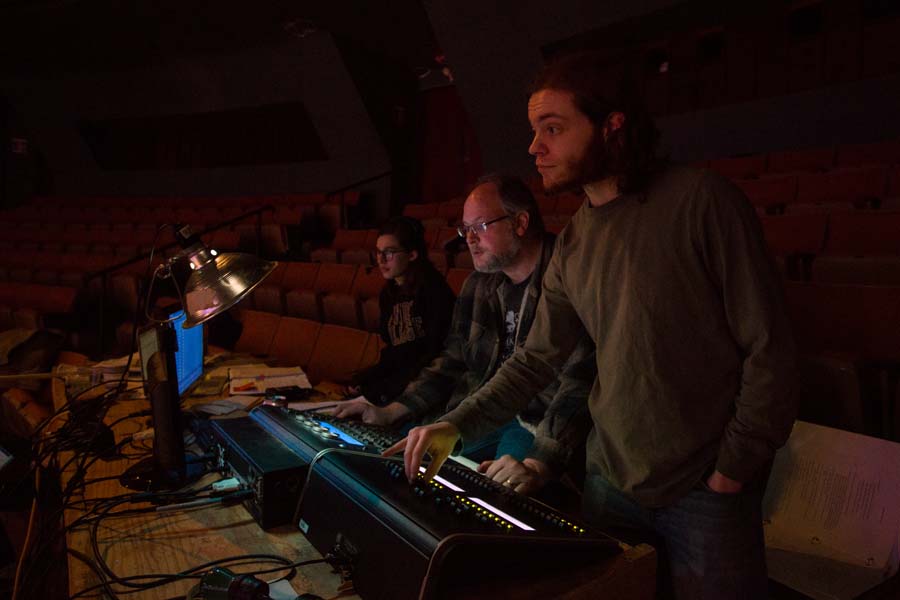 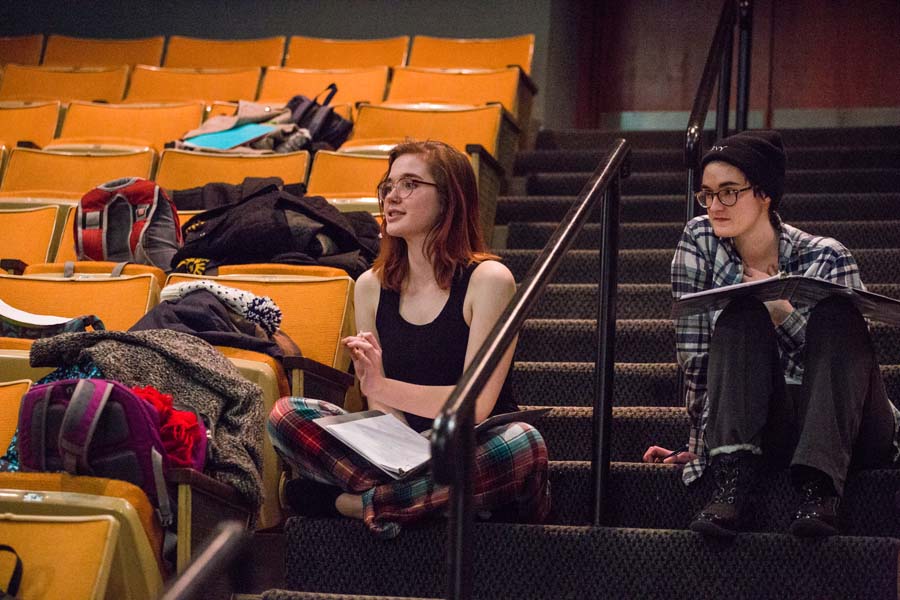 The Learning Plays, by Bertolt Brecht