Students, Dogs Hang Out Together at Pause for Paws 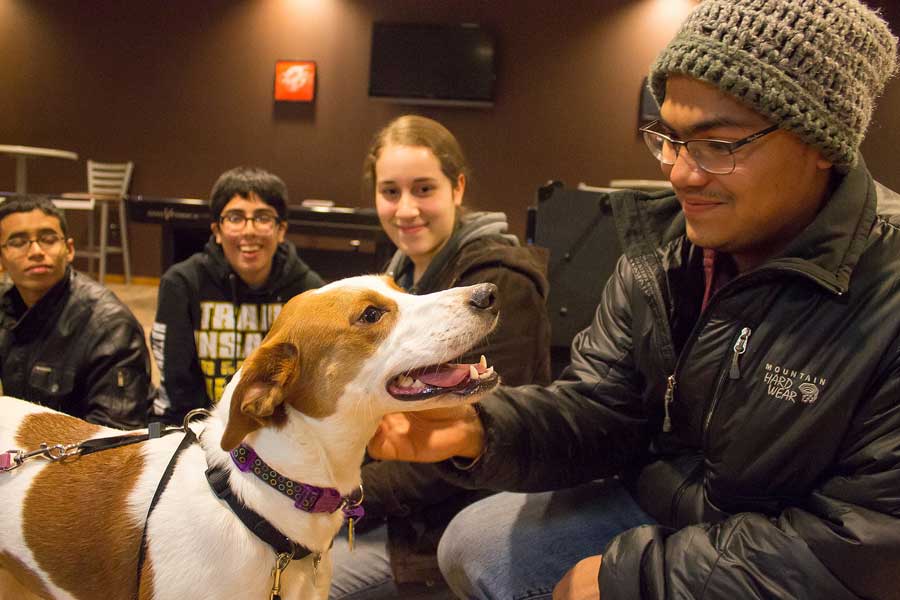 It was tough to tell who was having more fun -- the people or the dogs -- at Knox College's Pause for Paws, which provides students with some stress relief in the days before final exams.

The event, begun in 2013 by then-Knox students Kelsey Witzling '14 and Ryan Paulus '14, encourages members of the Knox faculty and staff to bring their dogs to campus so students can play with them.

"It has now become a campus tradition and will occur every term's last day of class," said Travis Greenlee, assistant director of student activities and engagement.

More than 300 students and 13 dogs participated in the November 2014 event. The pets included Checkers, an 8-year-old miniature pinscher mix owned by Lori Schroeder, and Bounty, a 4- or 5-year-old mixed-breed rescue dog owned by Kim Schrader.

"Bounty loves tennis balls, Frisbees -- and the affection of humans," Schrader said. "He looks forward to Pause for Paws when he can both give and receive LOTS of attention."

All dogs received Knox College water dishes and dog treats. They also got smiles and pats on the head from students, who in turn received occasional licks of appreciation.

Greenlee says the event highlights Knox's sense of community and gives students an opportunity to see faculty and staff in a more relaxed and social environment. 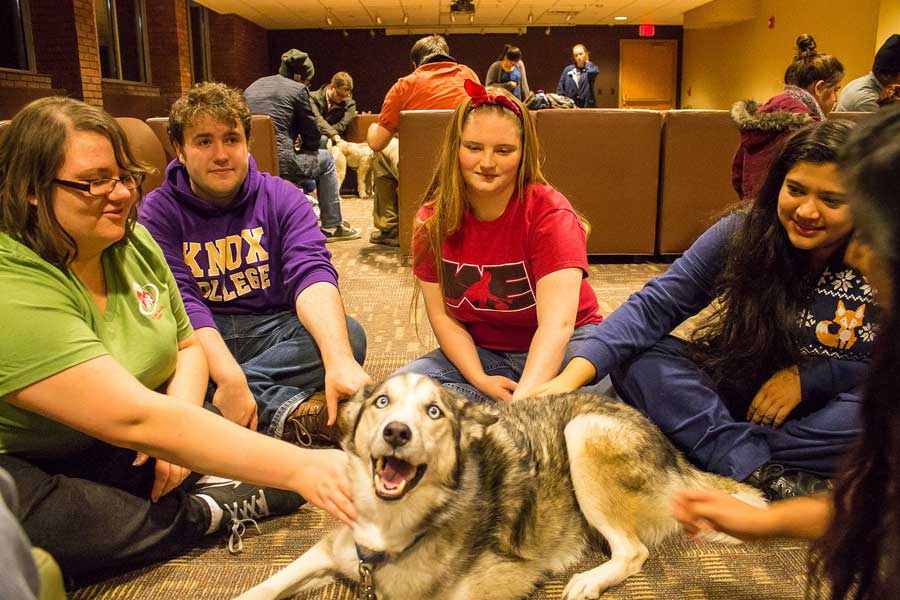 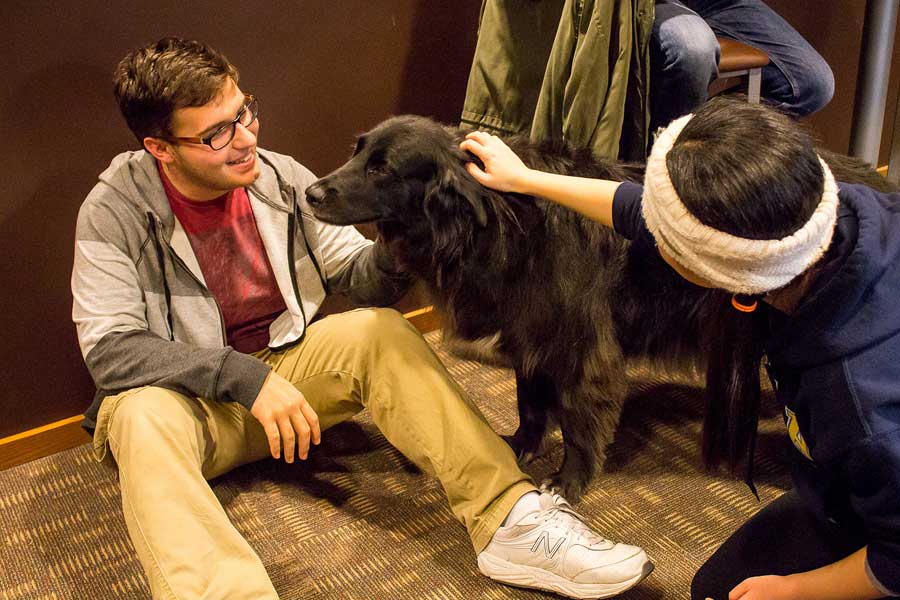 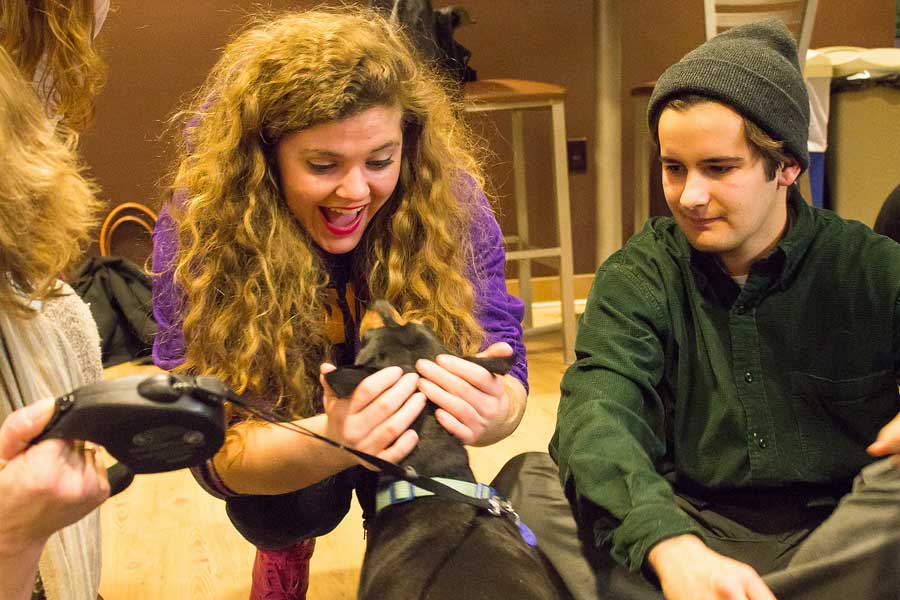