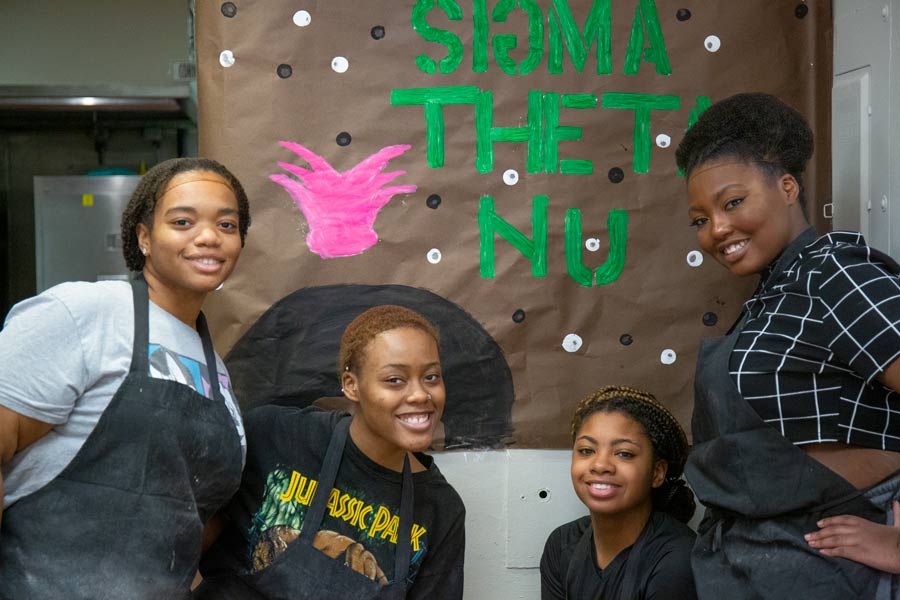 Not even a worldwide pandemic could stop three Knox students from achieving their goal to establish a new campus sorority that aims to create a safe space for people of color, especially for Black students.

Though much of their work had to be done through emails, phone calls, and online chats because of safety protocols related to COVID-19, founding members Madison Sparks, Jade Carless, and Khadijah Clark—all sophomores—recently received word that Sigma Theta Nu has been officially recognized as a student organization and as a sorority at Knox College. Sparks serves as the sorority’s president, Carless as co-president, and Clark as treasurer.

Sparks says the idea to create Sigma Theta Nu developed from conversations involving about a half-dozen Knox students. All of them are in TRIO, all are first-generation college students, and all are Black, Indigenous, People of Color (BIPOC). “We felt like something on campus was missing,” Sparks recalls.

The group decided that by founding a new Black-centered sorority at Knox, they could do more to promote Black culture and connection.

The students made plans for the sorority by meeting regularly to discuss details such as selecting Sigma Theta Nu’s colors (green and silver) and writing a mission statement. That statement says, in part: “Sigma Theta Nu is a sorority that uses the strength and the wisdom of people of color to create stability in our peers and our community. We want to continue to make an abundance of successful Black Women and help create a strong system of diversity on the Knox College campus and in our communities as well.”

Sparks, Carless, Clark, and a few friends also hosted a Diversity Dinner in the Hard Knox Cafe in early 2020. They served fried chicken, cornbread, and baked macaroni and cheese, and they talked with students to build support for starting the sorority.

As part of their planning, the small group of students drafted an introductory letter to send to the Knox Student Senate and various College officials who would play a part in deciding whether the new sorority could be established.

The introductory letter explains that the sorority’s mission “is not only to help uplift the youth of our future but also to build their character, will, and perseverance through an embodiment of greatness fortified by the soul of Sigma Theta Nu.” The letter describes the sorority as “Black centered” and open to those who are allies of the Black community.

“African-American men and women have a prominent history of conquering the challenges presented to them and, in establishing Sigma Theta Nu, we will create a new history,” the letter states. “A history in which Black women are the administrators of their lives economically, politically, and socially, thus strengthening the community as a whole.”

The sorority’s founders achieved one milestone when the Student Senate voted to recognize Sigma Theta Nu as a new student organization. Their next big milestone was to win recognition as a campus sorority—a step that would require the consent of Knox faculty. As part of the approval process, the students participated in more meetings and completed more paperwork.

“It took the whole summer,” says Carless. “We worked on editing, coming up with plans, banking, fund-raising, resources.”

They also got in touch with faculty members to ask for their support. Sparks says, “We did a lot of networking and promoting, expressing what we were trying to do and why it’s needed on campus.”

In November, all of those efforts paid off. After hearing a presentation by the sorority’s founders, Knox faculty members deliberated among themselves and formally approved the creation of Sigma Theta Nu.

Sparks, Carless, and Clark were chatting online when they simultaneously received the email telling them the good news. They reacted with what Sparks describes as “lots of screaming, lots of excitement, lots of texting friends and family members, saying: Hey, we did it! It’s officially official!” Clark recalls being "in disbelief."

Carless also celebrated with her family and a special beverage. “My mom had this bottle of sparkling cider and she told us we couldn’t open it unless something exciting happened,” she says. “So I ran downstairs immediately after it happened and said, ‘We’ve got to open it. We need to open this right now.’”’

The sorority plans to engage in different forms of outreach, both on and off campus, and expects to develop relationships with other organizations, such as Allied Blacks for Liberty & Equality (A.B.L.E.), the Knox Black Alumni Network (BAN), and the National Association for the Advancement of Colored People (NAACP).

Now that Sigma Theta Nu is an official sorority, the founders are developing plans to recruit members. Asked to describe what kind of a person would fit in well, Carless says: “Someone who knows how to make a difference and wants to make a difference.”

“We are three people who’ve seen that there was a need for change and we went for it,” she adds. “So of course, we want other people who are like us, but also have their own values that they can bring to the table, and somebody that we can learn from, and they can learn from us.”

Photo at top of the page: From left, Jade Carless, Vanessa Jackson, Khadijah Clark, and Madison Sparks at a Diversity Dinner in early 2020. Below: Sparks, Clark, and Carless are the three founders of Sigma Theta Nu sorority. 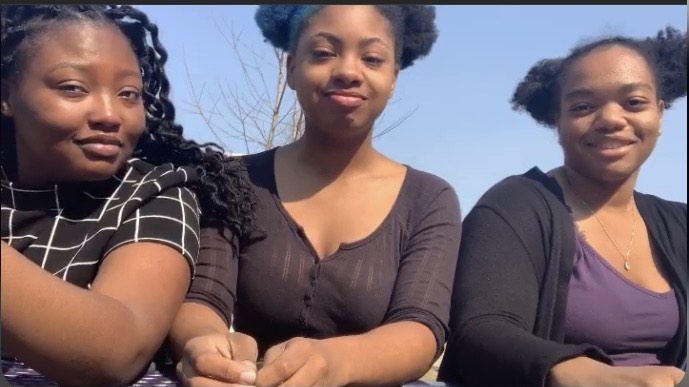