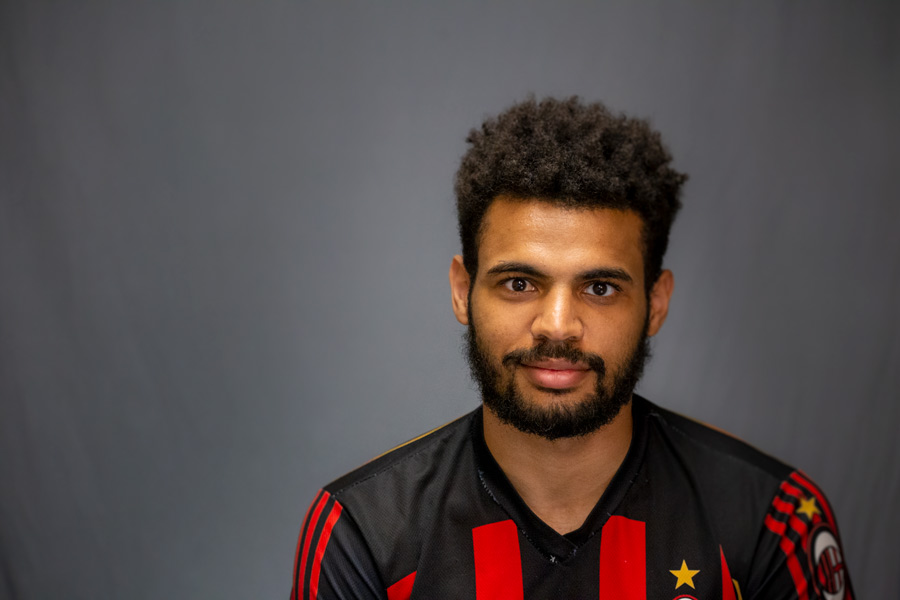 Senior economics major Michael Moss '20 has been working to make sure there's an accurate count for the 2020 Census of the United States.

Knox College selected Moss as a Campus Compact network Census Engagement Fellow (CEF) to increase Census participation, especially by people who are members of communities that historically have been identified as hard to count—for example, foreign-born individuals and college students.

As a CEF, Moss has had access to resources, training, and a network of fellows at other campuses from Campus Compact network, a program intended to complement the statewide efforts of the Illinois Count Me In 2020 Statewide Advocacy Coalition and the Illinois Complete Count Commission, for assistance in this endeavor.

Due to his work’s purpose, Moss thought it important to describe the purpose of the Census, which takes place once every 10 years. He explained that the government can use the data as it makes plans to fund education and other community benefits. “It helps with the Pell grant money, too. If they're expecting more or less college students, if they have an accurate count, then they can have the right amount of money ready.”

Moss said that sometimes people don't want to be counted for the Census because they have misconceptions about it. For example, he added, “Some people think that international students don't have to [participate], but they actually do.” He explained that the government does not have access to precise information via the Census: “The questions are actually very vague [and] general; they don't ask anything super personal.”

According to Natalie Furlett, executive director of Illinois Campus Compact, “The idea behind the [fellowship] program is that we know these students understand their campuses better than we could as a partner organization, so we left the assignment somewhat fluid so that they could choose the population that they felt they could make the biggest mark with.”

Moss has been serving in KnoxCorps by working with the Galesburg Chamber of Commerce. As part of that work, he was already involved with the Complete Count Committee in Galesburg when he was nominated for the fellowship.

“So he was ahead of the curve,” said Furlett. “He's [been] using his position as a local Galesburg citizen and a Knox student to help get the message out broadly.”

In closing, Moss expressed his gratitude for his experience working with the Census: “I've always been interested in working with the government in some form, so it's beneficial, and I'm very fortunate because I've learned a lot.”

More information about the 2020 Census can be found on the Census Bureau website.