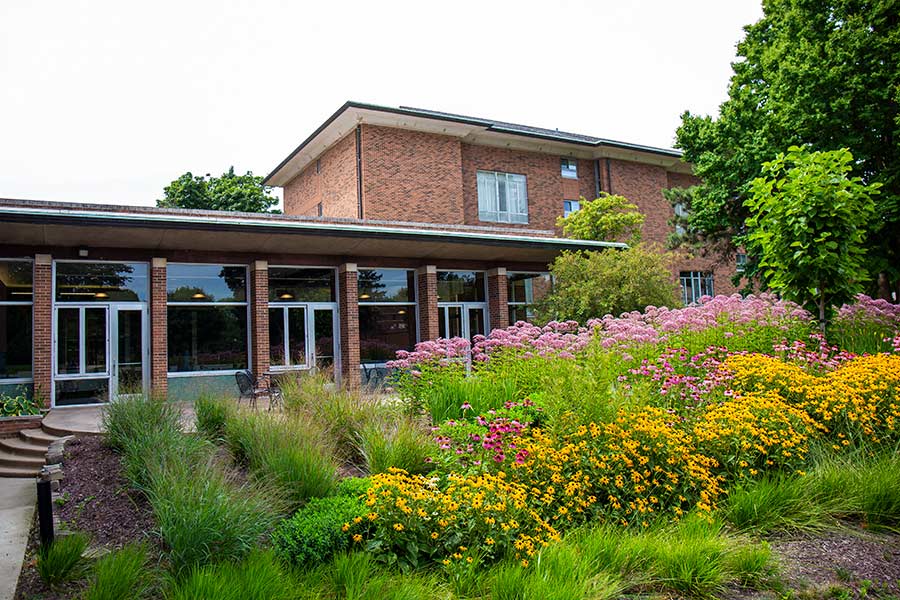 Knox College and the Fifty Year Club have announced this year’s recipients of the Scroll of Honor Awards: Holly Thompson Nelson ’68 and Margie Thomas Mason ’69. They will be honored during this year’s virtual Homecoming activities, scheduled for October 23–25, 2020.

Like the lifetime achievement awards handed out during the Oscars, Knox’s Scroll of Honor not only reflects an extraordinary body of work but also the winners’ stellar reputation among their peers—recipients are nominated for the award by fellow Fifty Year Club members. Honorees are chosen based on their “lifetime achievements in the service of their community, society, or humanity.”

Holly Thompson Nelson is an ordained United Church of Christ minister and a board certified chaplain. She served for 30 years as chaplain for The Children’s Hospital at Vanderbilt University Medical Center in Nashville, Tennessee, and as chaplain and director of pastoral care services for several Methodist Hospitals in San Antonio. She also served as dean of students at Eden Theological Seminary in Missouri. At the hospitals, she served families of critically ill or dying children, as well as those with congenital or chronic conditions. Later, she chose work as an administrator and coordinated the chaplains at several hospitals. In addition, she has served as a disaster relief volunteer with the United Church of Christ and the Red Cross. In this role, she was deployed anywhere in the country where there was a need to provide counsel and emotional and spiritual support to ministers on the front lines whose congregations have been impacted. Holly also continues to serve as a caseworker serving those in need in her own local area.

Margie Thomas Mason earned a master’s degree from Western Illinois University and a Ph.D. from the University of Iowa following her time at Knox College. She still serves as a professor of mathematics and mathematics education at The College of William & Mary in Williamsburg, Virginia, where she has a joint appointment in the Department of Mathematics and the School of Education. During her career, she authored multiple articles and books and wrote a number of grants, including a grant from the National Science Foundation for Project S.C.A.M.P. (Science, Computers, and Math Professions), a residential camp for highly gifted sixth-, seventh- and eighth-graders from rural areas. Mason is the recipient of many awards, including the Virginia Association of Colleges of Teacher Education’s Outstanding Instructional Leader Award and the William & Mary School of Education Dean’s Award in Recognition of Outstanding Leadership for Collaborative Initiatives, as well as fellowships that include an Amoco Fellowship to University of Chicago, a National Science Foundation Summer Fellowship in Computer Science, and a National Science Foundation Summer Fellowship in Mathematics at Knox College.

Nominations for next year’s Knox Scroll of Honor Awards are due by February 1, 2021.