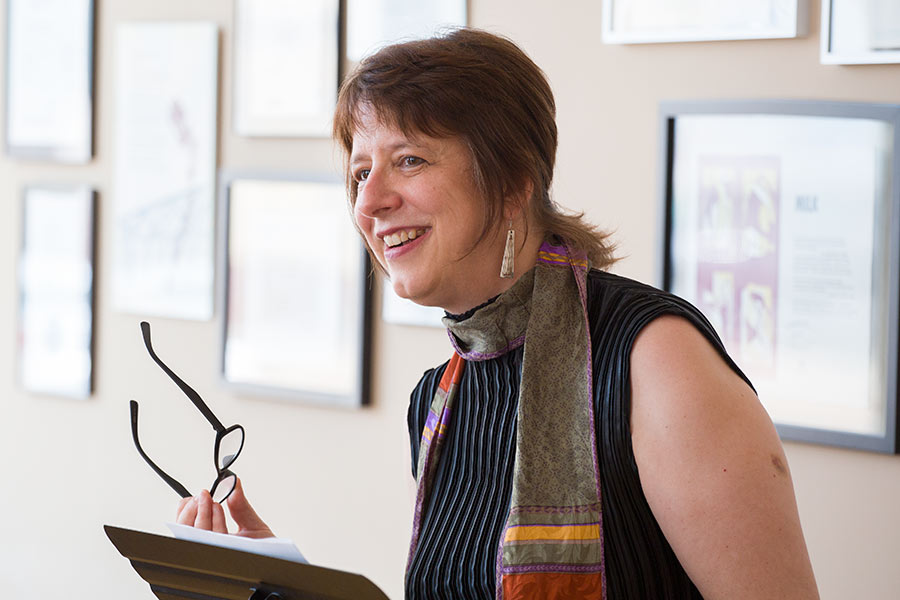 During the course of her 20-year career at Knox, Rosenfeld broadened the College’s offerings in 20th-century literature, especially modern and contemporary British and Irish, with courses that focused on literature of the city, World War I, the Holocaust, Jewish-American literature, and Postcolonialism.

Rosenfeld's classrooms were known for their expanse and complexity. "Natania Rosenfeld's intellect and rigor ensure that her students leave her classrooms better thinkers and better communicators," said Beth Marzoni 04, former student and new visiting assistant professor of English at Knox. "But, what's more important, she reminds her students that art is not merely entertaining and pleasurable—it is vital."

Rosenfeld's work, including articles, reviews, poems, fiction, and essays, have been published in more than 60 journals. She is the author of three books, including the essay collection She and I, the poetry collection Wild Domestic, and the literary critique Outsiders Together: Virginia and Leonard Woolf.

Rosenfeld has been awarded fellowships by the Jentel Artist Residency Program and Virginia Center for the Creative Arts and she has been included in the "Notable" list in Best American Essays 2013 and 2017.

“She has carried forth into her classrooms, into her writing, and into her life the belief that there exists an organic relationship between the scholarly act and the creative one,” wrote Professor of English Monica Berlin '95, “and what luck to send Natania off from here to make all the rest of the poems, to write down all the living still up ahead.”