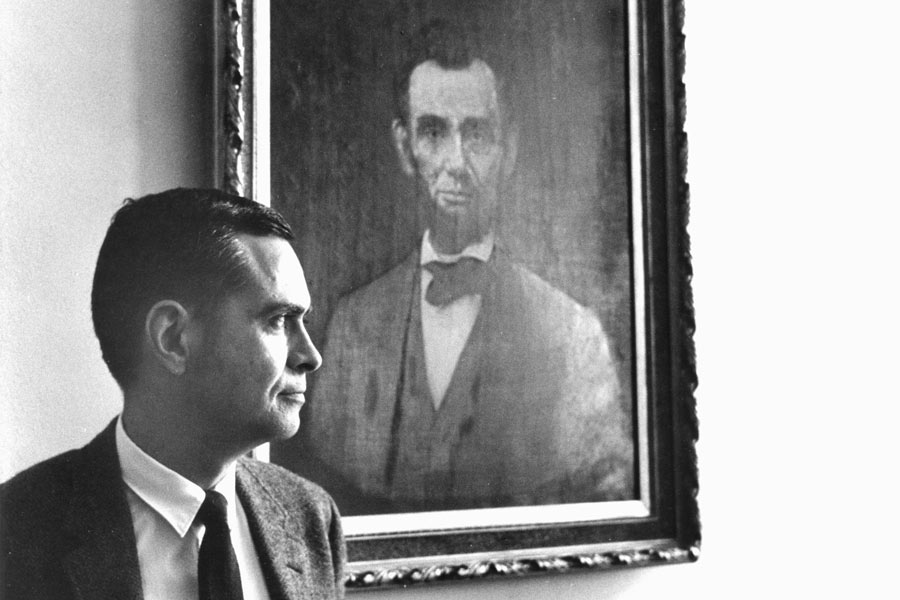 Davis was a much-honored scholar and teacher who twice received Knox College’s Philip Green Wright-Lombard College Prize for Excellence in teaching. Among his other recognitions were National Endowment for the Humanities program grants, the Caterpillar Faculty Achievement Award at Knox College, and a Newberry Library Fellowship. He also was a specialist in 19th century American history, a recognized authority on the history of Illinois, and a prize-winning essayist.

"I arrived at Knox nine years ago and immediately realized that Rod was one of those professors whose teaching and scholarship define an institution and shape the lives of their students and their faculty colleagues for generations," said Knox College President Teresa Amott. "He was revered and beloved."

After retiring from teaching in 1997, Davis and one of his Knox colleagues, Douglas L. Wilson, George A. Lawrence Distinguished Service Professor Emeritus of English, went on to establish and co-direct the Lincoln Studies Center at Knox College.

"His Lincoln scholarship with colleague Doug Wilson put Knox on the map in the field of American history," said Amott.

Davis’ many scholarly publications include an introduction to the reprint of They Broke the Prairie, Earnest Elmo Calkins’ history of Knox College and Galesburg; "Private Albert Cashier, as Regarded by His/Her Comrades" in Illinois Historical Journal; and Herndon's Lincoln, Herndon's Informants: Letters, Interviews and Statements About Abraham Lincoln, and The Lincoln-Douglas Debates: The Lincoln Studies Center Edition, all co-edited with Wilson.

In a collaborative project with the Library of Congress, Davis and Wilson served as supervising editors for the transcription and annotation of the Abraham Lincoln Papers on the Library's website.

In 2009, in recognition of their scholarly work on Lincoln, Davis and Wilson were named laureates of the Order of Lincoln, the highest honor conferred by the state of Illinois.

Davis also was a member of the Organization of American Historians, the Illinois State Historical Society, and the Abraham Lincoln Association. He oversaw the yearlong activities surrounding Knox College's sesquicentennial celebrations in 1987, served as vice-chairperson of the Galesburg City Sesquicentennial Commission, and was a charter board member of the Galesburg Landmark Commission.

Cremation will be accorded. Burial will take place in Hope Cemetery. A Celebration of Life will be held at a later date.

Memorials may be made to Knox College in memory of Rodney Davis or to the Illinois State Historical Society. Final arrangements are being handled by Hinchliff-Pearson-West Funeral Directors and Cremation Services Galesburg Chapel. 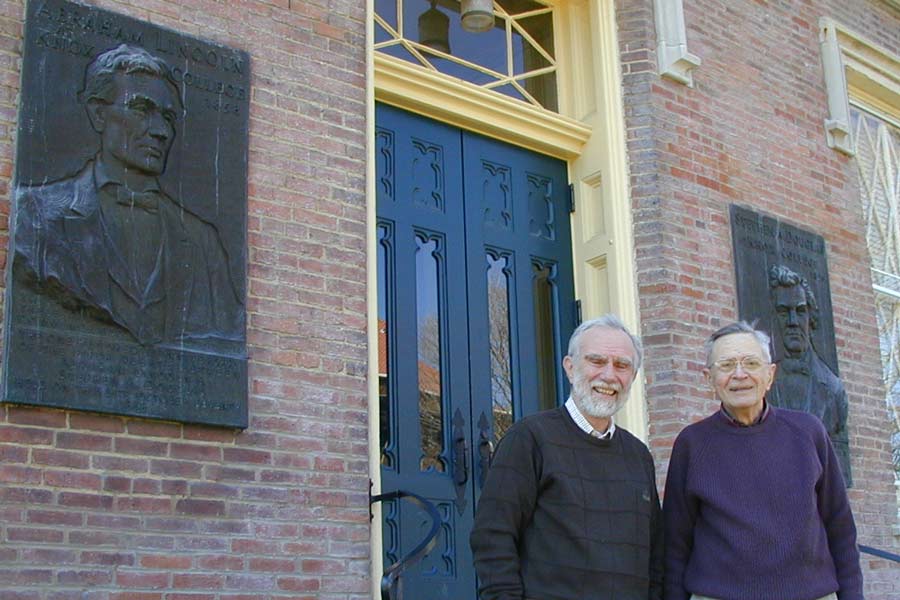 Each year, the College honors select members of the Knox Fifty Year Club for their professional accomplishments, contributions to their communities, and continued service to the College.

Adam Roth '22 enjoys telling stories through his songs about people he knows or what he has experienced in li...