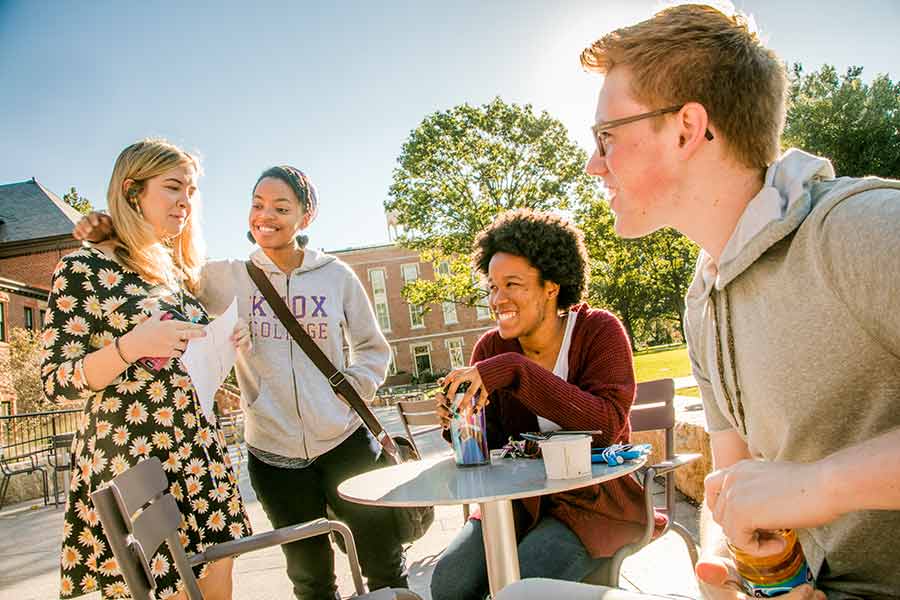 A national alliance of colleges and universities, including Knox College, is on track to meet its goal of enrolling 50,000 more lower-income students by 2025, according to a new report. The report’s findings underscore the importance of the American Talent Initiative’s collaborative push to expand opportunity and socioeconomic diversity across the country.

The American Talent Initiative was formed in December 2016 to support and encourage U.S. colleges and universities with the highest graduation rates—including Knox—in their efforts to expand opportunity for lower-income students. Knox joined ATI in November 2017.

The new report, released in February, describes the progress made so far: Between the 2015-16 and 2017-18 academic years, enrollment of low- and middle-income students (those who qualify for Pell grants) increased by 20,696 at the 320 ATI-eligible institutions. In other words, in just two years, those colleges and universities have advanced more than 40 percent of the way toward the 2025 goal. Much of that progress is due to the work of Knox College and the 127 other institutions that currently make up the ATI membership.

The report mentions the efforts of several individual institutions, including Knox, that are committed to expanding educational opportunities for lower-income students.

“Knox College has an endowment of about $178 million, one of the smallest of any ATI member. Yet Knox has made a resounding commitment to enrolling lower-income students sustainably,” according to the report.

“The institution’s founders made this commitment to socioeconomic diversity in 1837, and a deep sense of mission is still embedded in the institution today,” the report added. “President Teresa Amott, who has led the college since 2011, ties this mission to the educational growth of students, emphasizing that ‘students will learn the most from the people least like them. That’s the core educational dimension of our community.’”

The report also pointed out that Knox fosters a sense of belonging and community for students who are on campus. For example, every student, regardless of need, receives a $2,000 Power of Experience grant to help fund high-impact experiences, such as summer internships and study abroad.

Data for the 2018-19 school year are not yet publicly available for all high-graduation-rate colleges and universities, and data collected from 120 ATI member institutions indicate that continued progress toward the goal is not guaranteed.

“The first two years of the Initiative demonstrate what is possible when colleges and universities make a concrete commitment to expand access,” said Daniel R. Porterfield, president and CEO of the Aspen Institute and former president of Franklin & Marshall College, a founding ATI member. “Indications of a leveling off in the most recent year should serve as a call to action to sustain that commitment and to not lose sight of why this work is important to our institutions and our country.”

ATI leaders are optimistic that members will intensify their commitment to expanding opportunity. “We believe the results over the first three years of the initiative provide evidence that the initiative is having its intended effect,” the report says. “They also show that we need to keep our foot on the gas.”

ATI is supported by Bloomberg Philanthropies and co-managed by The Aspen Institute’s College Excellence Program and Ithaka S+R. The initiative is also funded by the Gray Foundation and the Jeffrey H. and Shari L. Aronson Family Foundation.