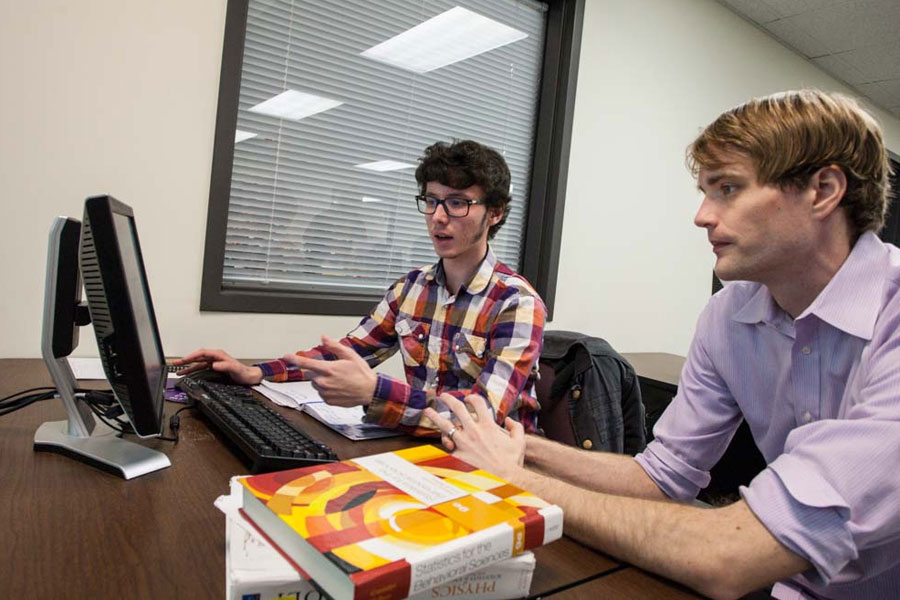 Knox College Assistant Professor of Psychology Daniel Peterson has been awarded a $600,000 grant to research how human memory works.

Peterson's cognitive psychology research will focus mainly on the memory mechanism that enables people to more easily remember a piece of information that was previously remembered.

"We know that when I ask you to retrieve, say, a list of words that I showed you earlier, that act of retrieval actually makes it more likely you'll be able to again retrieve those words at a later point in time," Peterson explained.

"We know that phenomenon, and we've known it for the last 20 or 30 years," he added. "But we still don't have a really good understanding as to why -- what is the mechanism underlying that?"

Peterson also will explore a related (though seemingly opposite) phenomenon: that there might be certain situations in which remembering information can impair subsequent retrieval of the same information. This aspect of the research could have implications for testing methods used in educational scenarios, he said.

Knox students will play an important role in Peterson's research, with some participating as subjects and others as assistants.

The student research assistants will take on a variety of responsibilities, depending on each student's experience, skills, and interests. Advanced students will have the opportunity to pursue their own research, with Peterson serving as their mentor.

"I hope to be able to collaborate with students on projects that branch off of this," he said.

Peterson said he has a longtime fascination with memory research.

"I see memory as defining who we are," Peterson said. "One of the reasons why we view Alzheimer's or other neurodegenerative diseases as so catastrophic is because we're losing who we are at that point."

The James S. McDonnell Foundation funds fewer than a dozen Scholar Awards in Understanding Human Cognition each year. The 2015 awards support research in human cognition and research that applies findings in the cognitive sciences and psychology to problems in education, training, and neuro-rehabilitation.

The awards support research programs judged to be original and important to advancing the state of knowledge of the field.

(Photo at top of page: Psychology faculty member Daniel Peterson, at right, works with a student.)

I hope to be able to collaborate with students on projects that branch off of this.