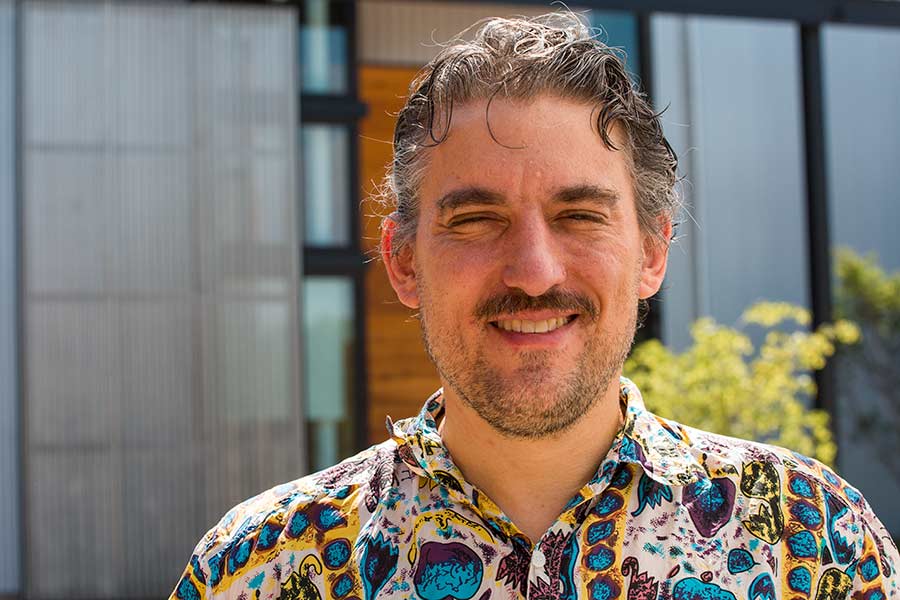 Schwartzman is a professor of environmental studies at Knox College, and his environmentally-focused engagement in the community of Galesburg extends beyond the Knox campus. Schwartzman said, “My research is on energy and food, and I have contributed to renewable energy and urban agriculture projects locally.” He is involved in the Galesburg Farmers’ Market Association and the organization Growing Together, both of which are fostering food security in local areas by establishing urban agriculture.

In addition, Schwartzman helped found the Knox Prairie Community Kitchen and is currently the alderman of Galesburg’s fifth ward. Schwartzman shared that “All of my efforts have been joint efforts. All of those involved deserve recognition. I feel fortunate to have worked with so many great people.”

On his particular interest in community involvement at the local level, he said, “I sincerely believe that one's power to influence is greatest at the local level. It is also the place closest to home—which is the place that most impacts my life and my children's life. I became ever more active locally once I had children.”

Schwartzman has brought his passion for involvement at the local level into the classroom as well. His scholarly work is largely concerned with the relationships between people and their environments.

"I encourage students to get involved locally. There is so much to learn from this activity,” said Schwartzman. “Some have served food at KPCK meals, some have tutored at local schools, some have grown food in a community garden, some have advocated for policy changes at the city level, some have worked with local businesses, some have joined city commissions, some have done research for the Health Department....the list goes on and on.”

Community involvement extends beyond graduation for many of Schwartzman’s students. He said that alumni he worked with as students have become or stay involved in many community service projects and other engagements focused on anything from “community education” and “food security work” to “holding local political office.”

Schwartzman recently co-authored a book with his father, David Schwartzman, Professor Emeritus at Howard University, titled The Earth Is Not for Sale: A Path Out of Fossil Capitalism to the Other World That is Still Possible.

In Schwartzman’s words, “There are so many opportunities for positive change.” He offered many ideas on how to enact this positive change, saying, “We can plant more fruit and nut trees throughout Galesburg…. We can create more community gardens (for food, exercise, and social engagement). We can ramp up efforts for community solar…. We can create ‘fixer up’ brigades that can help residents save their homes from continued degradation. We can reinvigorate neighborhood watch programs. We can bolster visible, open-air (and community developed) art & history exhibits.”

Schwartzman insists that “There is so much we can do. It just takes commitment and passion from people!”