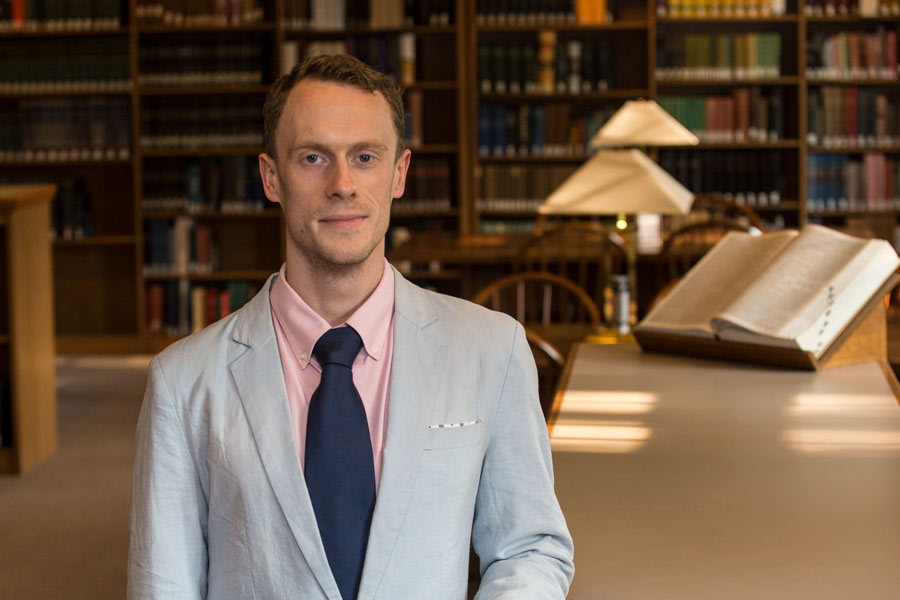 The $315,331 grant, which lasts through mid-2021, was awarded jointly to Farrer and Robert Holahan, who teaches at Binghamton University in New York.

Farrer, assistant professor of environmental studies, has been a member of the Knox faculty since 2015. His teaching interests include environmental politics, political organizations, and quantitative methodology. Farrer earned his doctorate at Binghamton, where Holahan was one of his professors.

Hydraulic fracturing, a method of extracting oil and natural gas from the ground, has become more widely used in recent years. It also has become more controversial, in part because of concerns about its effects on the environment. The NSF-funded research focuses on the idea that the controversy around fracking may be because of the way it’s regulated, rather than because of the technology involved, Farrer said.

“People do think it’s more risky than conventional oil and gas drilling, and that is part of [why it’s controversial]. But it’s really the way that we’ve decided to make decisions about fracking—the way that a small number of people can force other people into a contract that they might not necessarily want,” he said.

The NSF grant will enable Farrer, Holahan, and their student assistants to conduct in-depth research that includes laboratory experiments, data collection, and focus groups. Farrer has hired two Knox students so far: Lydia Allen '20, who is majoring in biology and public health, and Soleil Smith '20, who is majoring in environmental studies and political science.

“The way I’m envisioning how they’ll be involved in the project is they’re just going to be members of the team, and that means they’ll have as much say as anyone else,” Farrer said.

Allen and Smith, whose work to date has mostly involved data collection, are sharpening their research and teamwork skills by collaborating with Farrer.

“I saw this job as an opportunity to improve my research skills and dive into public policy,” Allen said. Working on the project “has reassured me about going out into the world.”

Smith said, “There’s a true respect and appreciation of what we each bring to the table, and our research is beginning to reflect that. I have seen firsthand the value of this kind of interdisciplinary cooperation and am excited to see where that leads us.”

She added: “I’m endlessly thankful to go to a school where an opportunity like this is possible for myself and many other students like me.”

"I’m endlessly thankful to go to a school where an opportunity like this is possible for myself and many other students like me."—Soleil Smith '20