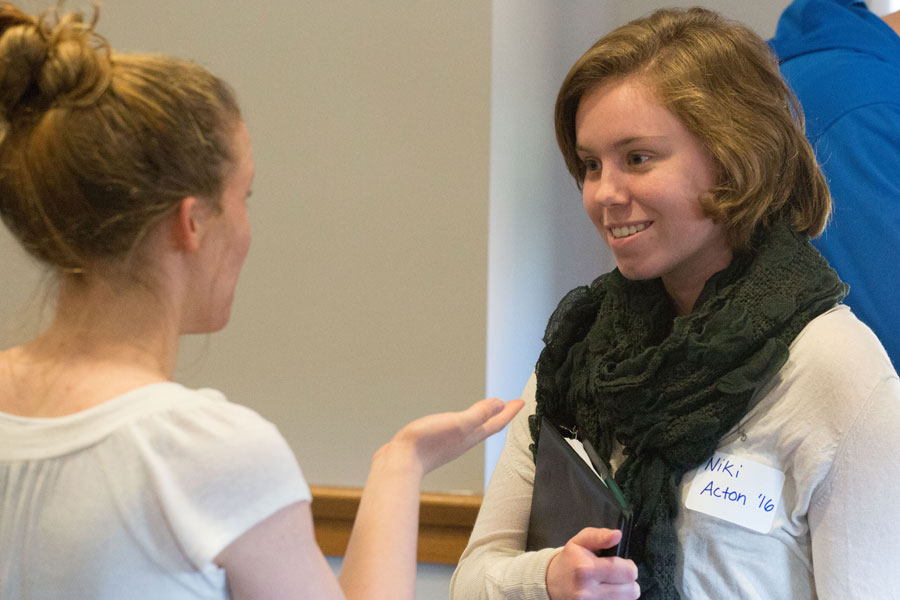 A double major in creative writing and theatre, Acton is one of eight college-level writers, visual, and performance artists to be invited to the program, which is located on a 320-acre working farm.

Artists accepted into the Emerging Artist Residency receive housing, a stipend, and studio space, and they participate in a final group show and reading. Grin City is dedicated to the creation of original, innovative art works of all disciplines by providing artists with interdisciplinary, collaborative experiences, creative space and new audiences.

This is the second recent honor for Acton, who earlier in April was named as one of Glamour magazine's Top 10 College Women for 2015.

Acton has received multiple awards for playwriting. Her play, War, was among seven winners in the 2013 National Playwriting Competition. She hopes to pursue a career as a playwright or director on Broadway.