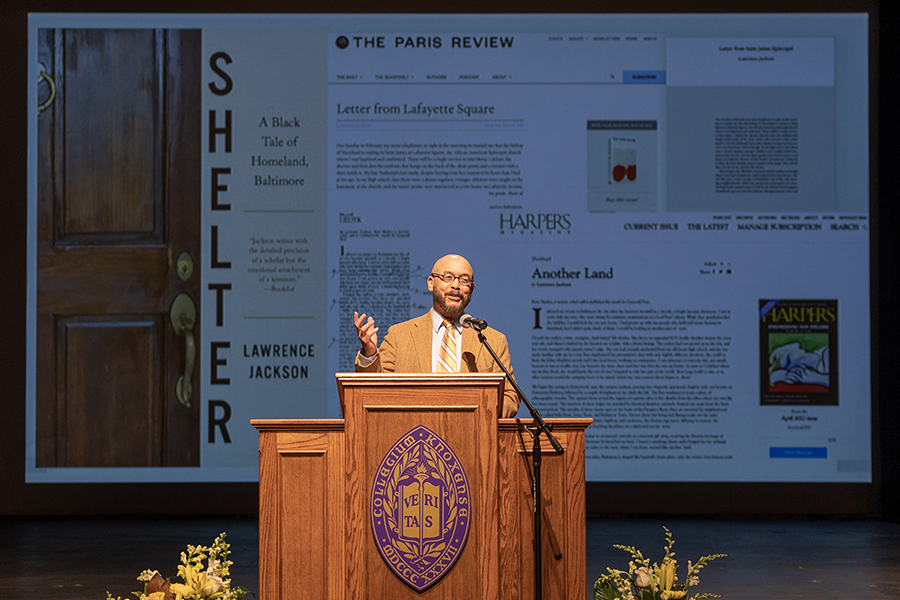 As a surprise, McGadney announced that the audience would be in for a treat as adjunct instructor and acclaimed jazz vocalist Semenya McCord would open the convocation with a performance of "God Bless the Child."

"I hope to deeply engage you on this day, celebrating the life of our foremost figure for social justice in the United States," Jackson said. 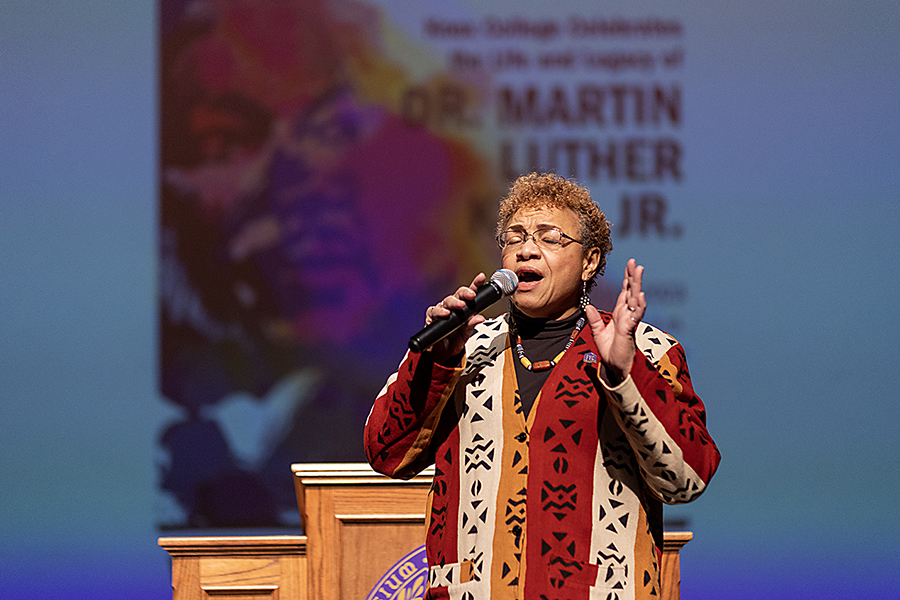 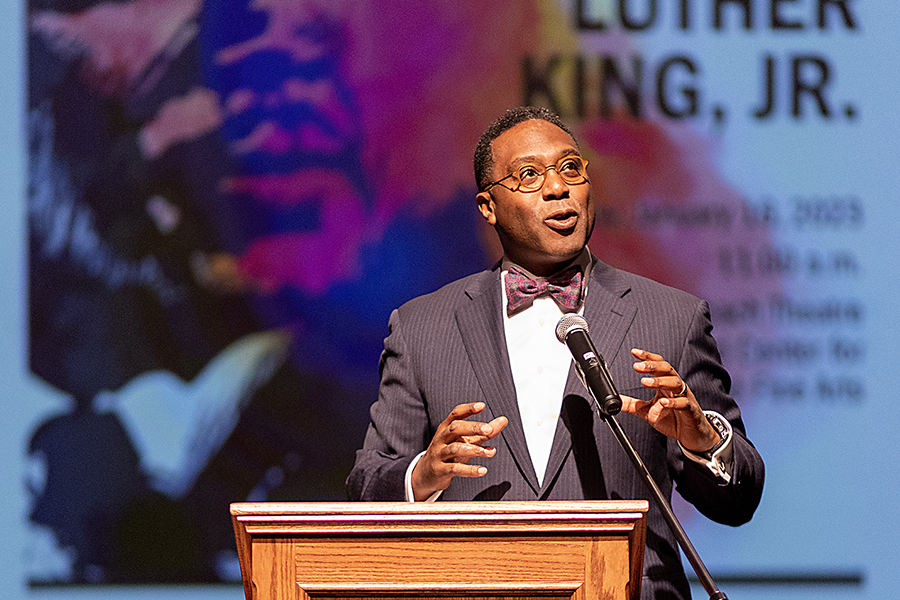 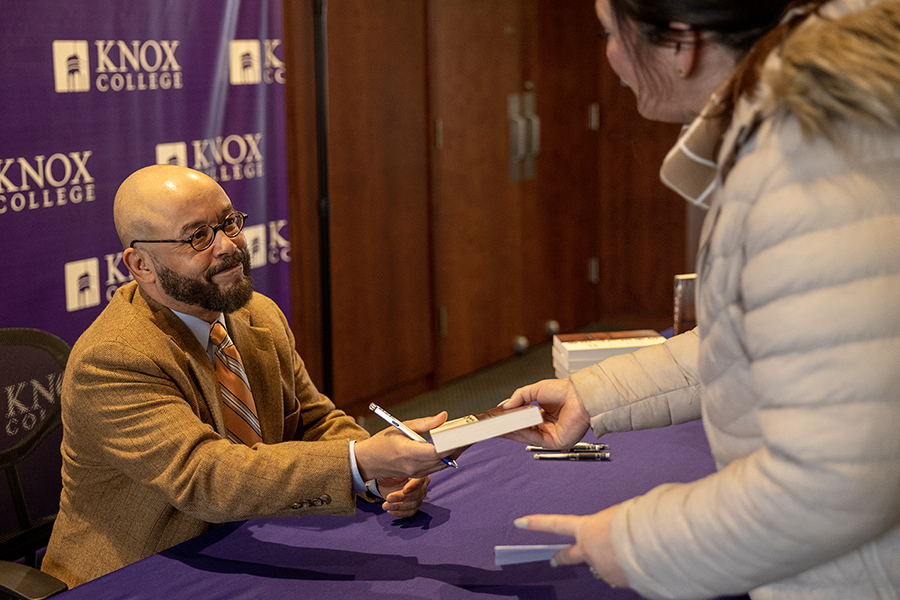 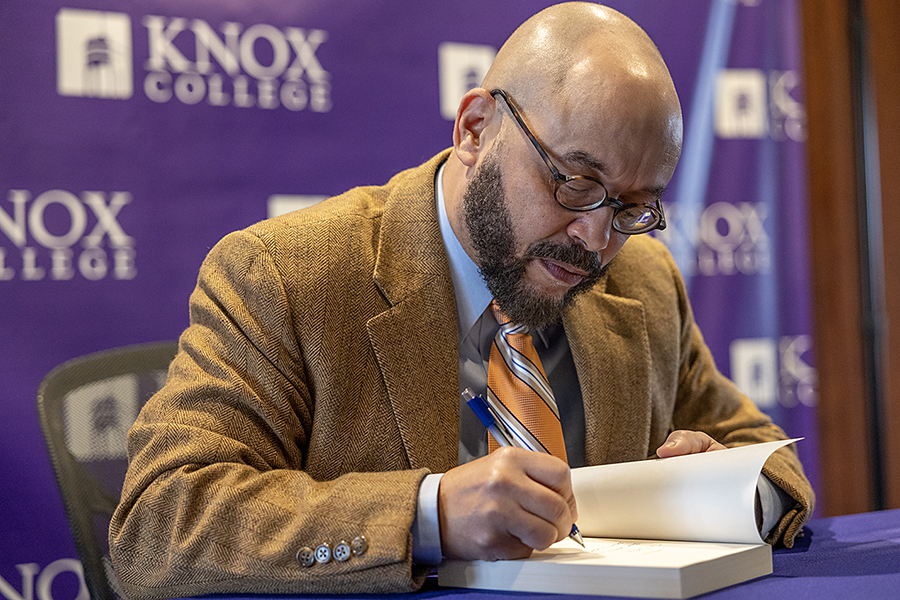 Jackson’s speech centered around King and his legacy. Jackson spoke about his own past as well, being born in Baltimore just weeks after King’s assassination, and the journey he took growing up as a Black man. He explained how, through his college years, he continued to learn how matters of police brutality and inequality would impact him.

"By the time I got to college, I had more intimate experiences with classic forms of injustice," Jackson said.

He continued, delving into the different eras of King’s work, his mature vision, and how the groundwork he laid was as important as ever in today’s society. He touched on what he considered one of King’s most important speeches when he broke ties with the administration of President Lyndon B. Johnson and opposed the Vietnam War. Jackson cited that war as well as current wars as causes of racial imbalance in the United States. He implored those in the crowd to seek their own knowledge on the topics of inequality and race in America.

"I try to encourage the striving of the people I encounter, my children, and myself. I encourage you on this King holiday to [embrace] your extraordinary potential and to strive nobly to remake a more peaceful and honest world," Jackson said.

Following his keynote speech, Jackson took time to answer questions from the crowd. The following dialogue included a discussion on how to be a better ally against injustice and the need to develop a willingness to learn about inequality and the lives of those around you.

Free copies of Jackson’s latest memoir, Shelter: A Black Tale of Homeland, Baltimore, were handed out to everyone in attendance. Jackson stayed after his speech to sign copies of the book and meet with community members.