Research on gossip by Knox College psychology professor Frank McAndrew is gaining coverage from both the entertainment and news divisions of major media.

Following recent publication of a scientific article, "Who do we tell, and whom do we tell on? Gossip as a strategy for status enhancement," McAndrew's research was mentioned during Jay Leno's monologue on "The Tonight Show with Jay Leno" on Friday, July 20. McAndrew also was interviewed by NBC, and a brief clip from the interview was broadcast on "The Today Show" on Wednesday, July 25. His research also was featured on the MSNBC website.

"Gossip is not a character flaw, it's a social skill -- an evolutionary mechanism for maintaining social status, hard-wired from our prehistoric past," McAndrew says. "For most of our evolutionary history, we lived in small groups, where it would be advantageous for an individual to be interested in everyone else in the group -- the good news about our friends and allies, and the bad news about high-ranking individuals and potential rivals."

The article in the July 2007 issue of the Journal of Applied Social Psychology describes experiments conducted by McAndrew and two of his students. Subjects were asked about different gossip scenarios -- when and about whom they would pass on gossip. "Damaging, negative news about rivals, and positive news about friends and lovers, was especially prized and likely to be passed on," they wrote in the summary of the article.

According to McAndrew, the evolutionary basis for gossip also helps explain why we consume celebrity gossip.

Even though we don't know celebrities personally, we recognize them as high-ranking individuals, and gossip -- knowing and sharing knowledge about their weaknesses -- is seen as valuable, he says. "If I'm looking for information about a high-ranking person, I want stuff that I can use to climb a little closer to this person or maybe drag them down to my level. For example, if I learn that a high-status person has been injured, that's valuable information."

McAndrew said "The Today Show" initially wanted to do a live interview in New York City on Wednesday, but he had to tape it on campus ahead of time, on Tuesday afternoon, because he was traveling on Wednesday with a group of Knox students who are giving presentations at the annual meeting of the Ronald E. McNair Research Program in Niagara Falls, New York.

McAndrew has published numerous works in environmental and evolutionary psychology, several co-authored with his students. A member of the Knox faculty since 1979, he is the Cornelia H. Dudley Professor of Psychology. McAndrew graduated from King's College of Pennsylvania and earned his doctorate at the University of Maine. 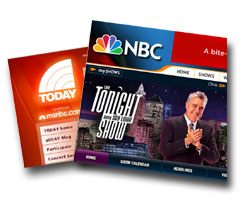 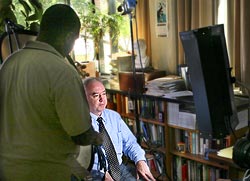