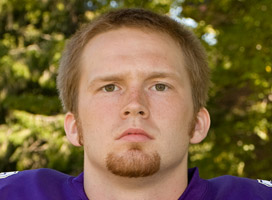 GALESBURG -- Former female Maytag workers may not be as well off financially as their male counterparts, but their outlook for their future is far more positive, according to the results of 133 people who responded to the Maytag Employees in Transition survey that represented the 902 workers who lost their jobs when the company moved the plant to Mexico in 2004.

More women opted for a job retraining program after the plant closed, but households where the woman was the Maytag employee are bringing in less money now than before the closure. Compared with men, women's income has dropped more, but women working at Maytag in 2004 were living in households with more to start with.

In addition, 70 percent of the male former employees now have full-time jobs compared with only 51 percent of the women. More women have part-time jobs and they have a higher rate of unemployment than do men.

"I have no job," wrote one 53-year-old woman on her survey. She had worked at Maytag for 28 years, starting at the age of 19. "My husband (has a job) but I have no prospects and no life."

"It is not out of reach, but the definition has shifted," explained Kathy McKown, 46. "I know mine has." The "Dream," they say, may now have to be redefined.

Job retraining programs, however, didn't seem to help. Women took better advantage of the job training that was offered. About 58 percent of all women said they retrained, as compared with 45 percent of the men. But while the actual numbers are very small, 15 percent of them are currently unemployed or still looking for a job, as compared with none of the men. Even after retraining and finding jobs, women are still earning less than men.

"From the time Maytag closed until this year," wrote one 48-year-old woman who had worked at the plant for just over 16 years, "I was only making minimum wage with no benefits." This woman studied medical assistance at Hamilton Technical College and is now a nursing case manager.

Among survey respondents, more women than men are living in households in which there is only one working adult, 28 percent in which a woman was the former Maytag employee compared with 23 percent in which it was a man. The median annual income in one-earner male households was about $10,000 higher than the women's, ranging from $40,000 to $50,000 per year, as opposed to $30,000 to $40,000 for women.

Not surprisingly, two-earner households bring in more, whether the former Maytag employee was a man or a woman. There is a $10,000 difference in income between one- and two-earner households, with one-earners reporting a median income between $30,000 to $40,000 a year as compared with a higher $40,000 to $50,000 for homes in which two people worked. Singles are doing more poorly than their married cousins, but married or single, women are doing worst of all.

The median household income bracket for all women at Maytag was $50,000 to $60,000 a year, while now half make $40,000 or below. Only 21 percent of all the women surveyed say their households earn more now than they did at Maytag.

On the other hand, men made less at Maytag, but more of them report having households with better wages now. The median household income for the men when at Maytag was $40,000 to $50,000 in the last year at work. Now it is between $30,000 and $40,000, with a higher 37 percent of the men saying their wages are better now than at Maytag.

Sadly, those whose marriages ended since the Maytag years may have been hit hardest of all. "The financial stress has caused me and my husband to get a divorce. We were both employed at Maytag," said one 44-year-old woman. "Closing this factory has ruined a lot of people's lives."

In looking at all respondents together, median household income in general has taken a dip from $40,000 to $50,000 at Maytag, to $30,000 to $40, 000 now. Also taking a dip is former employees' level of life satisfaction, both male and female, but on this dimension it is men who have suffered more.

During the Maytag years men reported a life satisfaction of eight on a scale of one to 10, compared with women's report of a nine. Now the median life satisfaction for men has dropped to a seven, while that of women only fell to an eight.

"Our lives have changed tremendously," wrote one 47-year-old woman. "Both me and my husband worked at Maytag. When my husband was laid off he went into serious depression for nine months and I paid all the bills with my disability check. Then when he decided to go get a job, he would work for a week or two and then quit. He would not get unemployment and he stopped paying child support. He got $5,000 behind on payments. He is angry that Maytag closed. At 15 years, he was half way to retirement. Things for us are still difficult. Life is a rough road."

Not everyone has experienced such devastation and some have actually prospered. An equal 52 percent of both men and women feel that if they can adapt to changing times, the "American Dream" is still within reach. But women seem to be more flexible about what that means than are men. Seventy-two percent of the women feel that creating their own future is necessary now, but just 58 percent of the men would agree.

"I am happier (now)," said McKown, who is a firm believer in both adapting and creating her own future. "It isn't the same old monotone vicious circle it used to be for 15 years." In May, she will graduate from Western Illinois University with a double major in sociology and anthropology. She is still open to what gifts life will give her then.